The coronavirus pandemic is a health crisis with so many cultural sequelae: above all, the absorption of all facets of our lives deeper into networks and phone screens. Even more than last year, I’ve been drawn to art, music and movies that, in one way or another, evade the workings of likes and shares — and carve out a place for human creativity in a world too governed by algorithmic logic.

The apple of my eye. The Museum of Modern Art’s meticulous, almost overwhelming summer exhibition distilled modernism’s father figure to his essence, revealing the day-by-day, stroke-by-stroke scrutiny needed to make a piece of fruit as weighty as the Holy Family. Those bottom-heavy pears, those clumpy bathers. Those short daubs of green and blue in his views of Mont-Sainte-Victoire. Those Provençal rock formations — rocks of air and watercolor, Cézanne as geologist! What these hundreds of sheets reconfirmed, right on time, was that your art will never change another person’s life if it merely shows what you think. You need the distinction, the seriousness, that can only come from form. (Read our review of “Cézanne Drawing.”)

I’d call the 42-year-old Japanese film director the most exciting in years if he weren’t so … calm. “Drive My Car,” Hamaguchi’s unfailingly precise tale of a widowed actor sublimating his grief through his chauffeur and Chekhov, has virtues one fears have gone missing from cinema: long takes, guillotine-crisp editing, an unhurried faith in the importance of images. Like Jacques Rivette and Mike Leigh before him, Hamaguchi contrasts his unobtrusive camerawork with the conventions of theater — in this case, a multilingual “Uncle Vanya” production that builds to a silent, heart-stopping finale, when the troupe’s Sonya sighs “We shall rest!” in Korean sign language. Add to that “Wheel of Fortune and Fantasy,” Hamaguchi’s three-part fugue of love and intuition also released this year, and you have the emergence of a stunning talent who finds the romance in rigor. (Read our review of “Drive My Car.”)

Two decades ago his world-making was mistaken for American Wagnerism; but Matthew Barney is more collaborative and more relaxed than you’d think, and he’s doing the best work of his career in the lighter register first seen in his 2019 film “Redoubt.”

For the performance “Catasterism in Three Movements,” this September at the Schaulager in Switzerland, he ceded more than half the evening to the Basel Sinfonietta, who performed Jonathan Bepler’s churning music alongside a Berniniesque sculpture of copper, brass and scorched pine. Three women brought the remainder of “Catasterism” to life: the contact improvisation pioneer K.J. Holmes, the Cree hoop dancer Sandra Lamouche, and the athlete Jill Bettonvil as a sharpshooting Diana who pumped a dense-as-flesh Barney sculpture full of lead. (Read our review of Matthew Barney’s “Redoubt.”)

Alone in Rome this spring, at the nearly empty Capitoline Museums, I saw the first public display in half a century of the greatest collection of ancient art in private hands. Travel restrictions made an accidental sleeper of the Torlonia family’s Greek and Roman sculptures: dozens of portrait busts, a hirsute billy goat reclining like a love god, a shattered Hercules recomposed from a hundred shards. Rome was my first trip abroad since the pandemic, and I’d submit to a dozen P.C.R. tests to see this actually legendary collection before it disappears again on Jan. 9. (Read our report on the Torlonia Marbles.)

Astral but never spacey, architectural yet also boundless, this nine-movement, album-length composition deserved every one of the rave reviews that rained down upon its release in March. As Pharoah Sanders’s subdued tenor sax (and occasional vocalizations) weave around the London Symphony Orchestra’s strings and the synths and celesta of Sam Shepherd — a.k.a. Floating Points, a British electronic musician nearly five decades Sanders’s junior — “Promises” comes to feel like a self-regulating ecosystem, an ever denser net of music and motion. These guys knew what they were doing when they chose, for the album’s cover, a painting by Julie Mehretu, whose retrospective this year at the Whitney Museum of American Art had the same accumulating grandeur. (Read our review of “Promises.”)

The secret to good decorating: just buy the best stuff and do nothing! The Frick’s down-to-the-pith reinstallation in the Whitney’s vacated building refiltered the Vermeers and Velázquezes we thought we knew, and isolated Bellini’s “St. Francis in the Desert” in a sublime Brutalist cell illuminated by one of Marcel Breuer’s trapezoid windows. What Frick Madison has proved, more subtly, is that we can give art context in a hundred digital formats; museums’ bigger challenge is carving time and space to really look. (Read our story on the making of Frick Madison.)

I feel as useless / As a tree in a city park / Standing as a symbol of what / We have blown apart …. As forests burned in B.C. and diplomats dithered in Glasgow, the Toronto singer-songwriter Tamara Lindeman, who performs as the Weather Station, turned in an unreserved, openhearted album of atmospheric anxiety, in which guitars mingle with greenhouse gases and loss is measured in metric tons. She knows we don’t need artists to tell us the climate has changed; we need them to tell us how we have. (Read our interview with the singer.)

Paris had a quartet of major cultural openings this year. The Bourse de Commerce, renovated by Tadao Ando for the contemporary art collection of François Pinault, drew the most Instagram shares, but it was two renovated historical sites — the Musée Carnavalet, the museum of Parisian history, and the Hôtel de la Marine, the stupefyingly grand naval headquarters — that best married old and new. The city’s sweetest surprise is the old Samaritaine department store, reopened after 16 years, its Art Nouveau expanses renewed with the undulating glass of the Japanese firm Sanaa. (Read our story on the restoration of the Hôtel de la Marine.)

Closer to home, the New York Public Library re-emerged from a far too long pandemic closure with a sweet new home: the Stavros Niarchos Foundation Library, formerly the decrepit Mid-Manhattan Library, rethought and revived by the Dutch firm Mecanoo with Beyer Blinder Belle. Its clean white expanses have computers galore (there’s even a Bloomberg terminal for budding teen traders), but the core remains its 400,000-strong circulating book collection, open for free browsing. A few years ago, the N.Y.P.L. was planning to sell this place, and to exile the books in its main research branch to New Jersey. The Niarchos — as well as Toshiko Mori’s renovation of the Brooklyn Public Library — is an affirmation that cities need readers, and readers need print. (Read our review of the new library.)

The year’s finest and funniest performance art took place at Arthur Ashe Stadium, when the lanky young Russian smacked his last serve, won the U.S. Open title — and dumped his whole body onto to the court, miming a PlayStation move as he lolled like a dead fish. As arrogant as it was ridiculous, Medvedev’s side flop has stuck with me all this fall as a Gen-Z master class in how to stay human in a world of memes. If you must dive into the algorithm, then do it with total contempt. (Read our profile of the “octopus” Daniil Medvedev.)

Wed Dec 8 , 2021
Dr. Matifadza Hlatshwayo Davis, who directs the St. Louis Department of Health, has turned to social media platforms this week and to local clergy and community groups — the sort of trusted messengers people turn to in times of uncertainty — to help get the right sort of early word […] 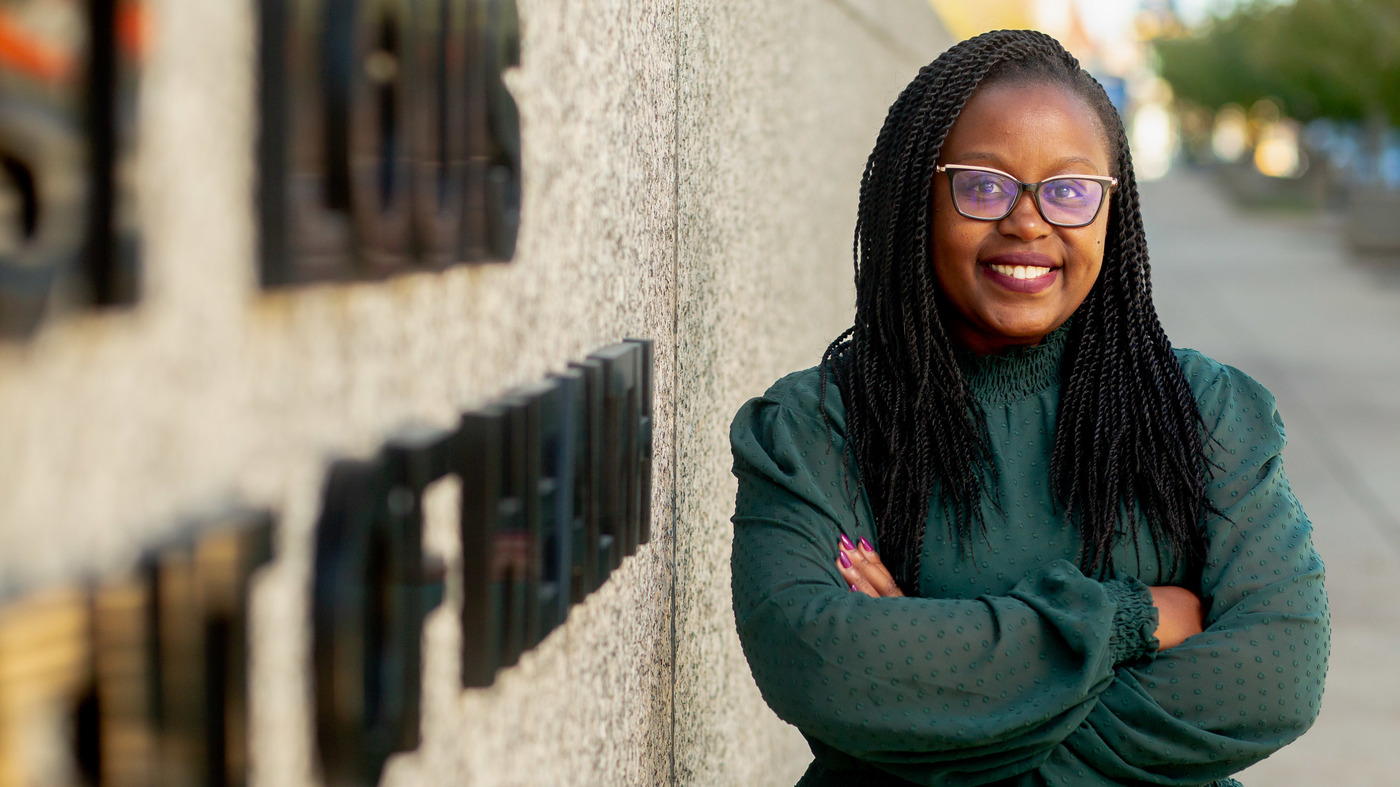