The Good Brigade | DigitalVision | Getty Images The vast majority of health savings account owners aren’t investing their money — and it’s likely shortchanging them over the long term. Just 9% of accountholders were investing a portion of their HSA balance in 2020, according to an Employee Benefit Research […]

The vast majority of health savings account owners aren’t investing their money — and it’s likely shortchanging them over the long term.

Just 9% of accountholders were investing a portion of their HSA balance in 2020, according to an Employee Benefit Research Institute study published Thursday. The remainder — 91% — held their full balance in cash.

HSA owners can invest money in mutual funds (one that tracks the S&P 500 stock index, for example) and other options that are generally available to retirement savers.

More from Personal Finance:
Social Security benefits are getting biggest boost in 40 years
The best and worst states for older adults to work and live
71% of older investors worry rising inflation will hurt savings

The low share of invested accounts is alarming, as it indicates many people aren’t taking full advantage of HSAs, according to Paul Fronstin, director of EBRI’s health research and education program. Some may have valid reasons for not doing so, though, he said.

“For the same reason you’re hopefully investing your 401(k) in mutual funds, you can do the same thing in your HSA,” Fronstin said.

HSA savers who have the means to invest at least a portion of their money will generally see their savings grow at a more rapid rate and therefore have more money to cover health costs in their older years — when they’re more likely to need care, Fronstin said.

The average retired couple age 65 in 2021 may need roughly $300,000 saved, after taxes, to cover health-care expenses in retirement, according to Fidelity Investments.

Not available to everyone

HSAs are tax-advantaged savings accounts. They enjoy a unique benefit relative to retirement accounts, in that savings are never taxed if used for qualified medical expenses. (Retirement savings are taxed upon contribution or withdrawal, depending on account type.)

The accounts are only available to people with a high-deductible health plan. These health plans have grown more popular with private-sector employers over the last decade, and HSA use has swelled.

There were about 31 million accounts as of June, around five times more than in 2011, according to Devenir, an HSA provider. They held $93 billion, up from about $12 billion a decade ago.

The share of invested accounts is growing, but slowly. In 2015, 4% of HSAs had at least some savings invested, according to EBRI.

“It’s trending up at a snail’s pace,” Fronstin said.

Of course, not everyone necessarily has the means to invest.

Doing so would mean paying out-of-pocket for short-term health expenses (potentially hundreds or thousands of dollars) in order to keep HSA funds invested and allow more runway for investment growth.

One strategy that may help such savers: Hold enough cash in an HSA to cover you annual health deductible and invest the remainder, Fronstin said.

There are other valid reasons you might not invest HSA savings.

For example, some HSA administrators may not even offer investments to users; many also require a minimum balance (perhaps $1,000 or $2,000) before users can start investing.

The latter requirement could pose a problem for a large share of account holders — about 40% of accounts finished 2020 with less than $500, according to EBRI.

Tue Oct 19 , 2021
By Keenan Willard, WRAL Eastern NC reporter Ports around the world are seeing supply chain slowdowns, but that’s not the case in North Carolina. The ports in Wilmington are viewing the crisis elsewhere as an opportunity. Throughout Friday, a steady flow of ships and trucks moved through the port of […] 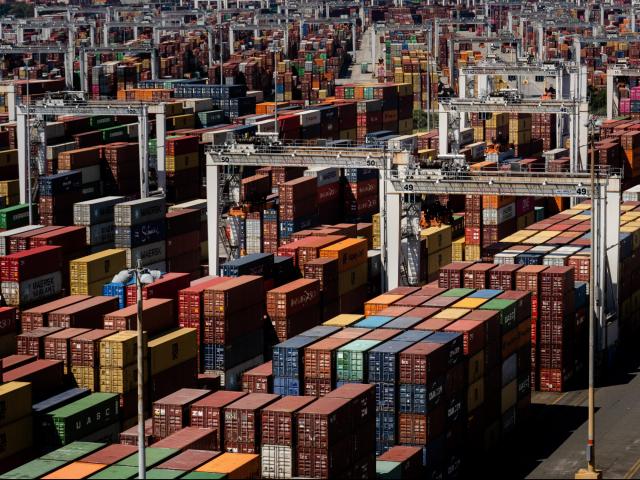