ALBUQUERQUE, N.M. (KRQE) – Residents all around Albuquerque had a chance to participate in a treasure hunt on Saturday. Local artists hid pieces of their work around the city and posted clues to find the pieces to their social media as part of this year’s ABQ Spooky Art Hunt. Event coordinator Alex […]

ALBUQUERQUE, N.M. (KRQE) – Residents all around Albuquerque had a chance to participate in a treasure hunt on Saturday. Local artists hid pieces of their work around the city and posted clues to find the pieces to their social media as part of this year’s ABQ Spooky Art Hunt.

Event coordinator Alex Gowan said she came up with the idea last year after not being able to participate in a similar national event. She decided she wanted to create something to give Albuquerque locals the chance to participate in. “I think it’s just something fun and new. In Albuquerque, we do have a huge variety of amazing artists here and amazing makers and creators. I think it was just something fun to get involved with, especially this time of year,” Gowen said.

Albuquerque residents Susan and Carl Peterson were ecstatic to find Gowen’s hidden art piece since they weren’t as lucky right away during last year’s hunt. “My niece in Omaha is actually helping us with the clues because she can’t participate and so she’s sending me texts like, ‘I think it’s right here! I think it’s right here!’” Susan said.

Those who didn’t get a chance to bring home a piece of art had an opportunity to visit the Spooky Art Market from 5:00 p.m. to 8:00 p.m. at 325 Candelaria Rd. Saturday evening and purchase something from the artists who participated in the event.

Meanwhile, at Tiguex Park, artists and local vendors hosted a fashion show and market event to raise funds and collect donations for a good cause. Coordinator Justina Alarcon said they held a fashion show over the summer and they had planned to do one in autumn, but they decided to expand the event and make it more of a community event.

They held a food drive for the Roadrunner Food Bank and held a raffle contest to raise money for Casa Q. “We specifically chose Casa Q because they actually work with the youth, especially LGBTQ youth, to make sure that they don’t face homelessness. And with housing being such an important issue in New Mexico, especially lately with everything that’s going on, we thought that would be such a great way to contribute to something that’s so heavily important right now,” Alarcon said.

The fashion show featured designs by local creators, and the vendors and musicians playing were all local to New Mexico. “Every vendor here is local, that was our main focus. The support the community has shown us for this event is so appreciated, and it’s all for a good cause which is exciting,” Alarcon said.

Halloween art hunt takes locals around city, Fall fashion show for a cause 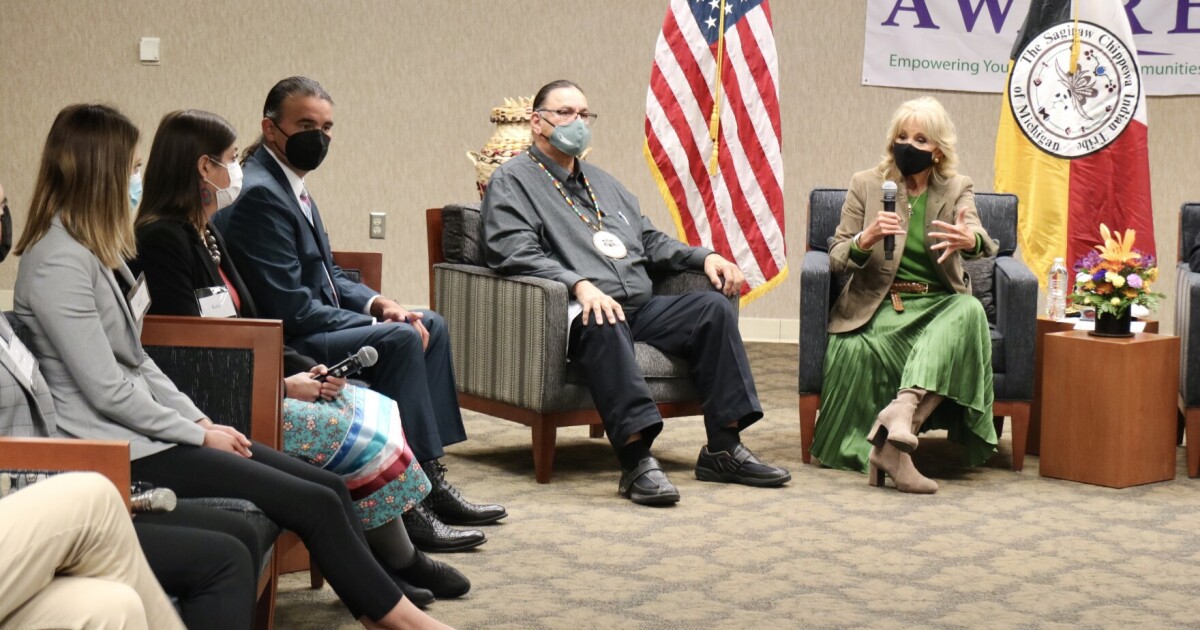