Airlines expect this to be a very busy summer travel season, even though airfares are higher. Travelers should prepare for disruptions, with one of the big reasons being a shortage of pilots.

Airlines expect this to be a very busy summer travel season, even though airfares are higher.

But travelers should prepare for disruptions, with one of the big reasons being a shortage of pilots.

Now, some airlines are scaling back.

Many passengers feel flying these days comes with a lot of uncertainties and expense.

“Trying to find a flight under $700 was a problem,” Thomas added.

For Thomas, rising flight costs were the final straw, enough to swear off flying for the time being.

A new survey by Longwoods International claims more than half of U.S. travelers say transportation costs will impact their travel in the next six months.

“I don’t think people are canceling vacations, I just think they are changing the way they’re getting there,” TravelZoo senior editor Gabe Saglie said. “They’re changing the length of time they are spending on the ground.”

Several major airlines are still scrambling to make adjustments ahead of a busy summer travel season.

Dallas-based Southwest Airlines has cut more than 700 flights from its June, July, and August schedules.

“This is a preemptive attempt to make sure that we don’t see the kinds of nightmare scenarios that a lot of consumers and travelers are complaining about,” Saglie added.

He said it’s clear many airlines are still understaffed.

“As we look out at the June, July, August period, airlines are now realizing they simply cannot meet the demand that’s out there with the current system that is in place,” he said.

RELATED: Air travelers seeing increase in prices as we head into the summer months

According to Fox Business, JetBlue and Spirit airlines have cut 5-10% of their summer schedules to focus on employee recruiting.

In a statement, American told FOX4: “Our summer preparations began last year as demand returned and we haven’t slowed down on hiring and onboarding…In fact, we have already welcomed more than 600 new pilots this year.”

The latest U.S. Bureau of Labor Statistics report said that more than 14,000 pilots need to be hired each year for the next decade in order to keep up with the shortage.

“People want to fly and management teams are trying to sell tickets that they likely cannot fulfill this summer, and as pilots, we only have so much we can do,” he explained.

Saglie’s tried and true advice is for people to book their trip early.

“If you’re sure you want to travel in June, July, August, now would be the time. Because you’re going to be looking at that same fare probably higher in about 3-4 weeks’ time,” he said.

Some tips for travelers: Check any mileage points saved up, look at airline hubs to find more reliable flights, and see if you can consider an early fall trip instead of the summer.

"JP Morgan invests $12 billion a year in technology, much more than many tech compani

Mon May 2 , 2022
“The fintech revolution is not a revolution with guillotines but with an iPhone. It is a revolution with a lot of creators, prestige and money going through the world,” said Ziv Gafni, Head of Digital Strategy, Fintech & Markets Innovation at JPMorgan, one of the world’s largest banks, at the […] 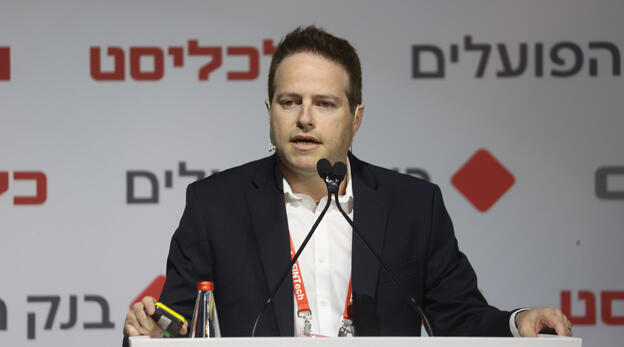