Last winter, I banged my right elbow playing hockey, and it became swollen and red. Doctors diagnosed bursitis, inflammation of my elbow’s bursa sac, and prescribed antibiotics. In late May, I became feverish and delirious. I checked into the only hospital in my hometown: Hoboken University Medical Center. An emergency-room physician diagnosed sepsis based on blood and other tests.

I spent three nights in the hospital, during which an orthopedic surgeon operated on my infected elbow. In a previous column, I praise my surgeon and others who treated me. These caregivers boosted my evaluation of American health care, which I have criticized (see here and here). I didn’t mention the costs of fixing my elbow because the bills hadn’t come in yet.

Now that my caregivers have billed my insurance company, I feel compelled to write this follow-up column. The bills for my treatment total $287,365.08. By far the biggest two items are the hospital’s bill ($185,037.45) and the orthopedic surgeon’s bill ($86,969). Separate bills from pathologists, radiologists, anesthesiologists and other providers make up the balance.

My personal payments, so far, have been minimal, because I am insured by Cigna Health through my employer, Stevens Institute of Technology. I purchased Cigna’s Open Access Plus plan, which “allows you to choose your health care providers,” although you pay more for providers that do not accept Cigna’s insurance. At the time of my hospitalization, neither my surgeon nor Hoboken University Medical Center belonged to Cigna’s network; the hospital joined Cigna on June 1, one day after my operation.

Fortunately, I notified Cigna of my situation shortly after being admitted to the hospital, and Cigna authorized my hospital stay and surgery as “emergency treatment.” That means Cigna defines my out-of-network care as in-network because I lacked options. But just because Cigna authorizes the treatment does not mean it must pay what caregivers charge. Moreover, caregivers can pressure the insurance company to increase reimbursements they consider too low.

As of this writing, Cigna has reimbursed the hospital $50,816.82 for my room, according to data that Cigna posts on my online account. (The admitting physician put me in a private room because, given my low white-blood-cell count, I was at risk of COVID-19 and other infections.) Cigna has denied all the other claims of the hospital. Because I am in my late 60s, I am also insured by Medicare, which covers hospitalization. Hence Hoboken University Medical Center can seek additional reimbursement from Medicare.

Before operating on me, my surgeon assured me the operation would be straightforward, even “boring.” While I was under general and local anesthesia, he cut a five-inch incision across my elbow and removed my bursa and other infected tissue. He also cut through a tendon in order to shave a bone spur off my elbow and sutured the tendon back together. He flushed out the remaining tissue with antibiotics and closed my wound with metal staples. All this took less than two hours, or so I recall; fever, medications and lack of sleep made me foggy-headed during my hospital stay.

As of this writing, Cigna has reimbursed my surgeon $2,495.18 for his services. His bill of $86,969 seems high, but Cigna’s reimbursement seems low. According to one site, elbow bursectomies average $10,186 (and that doesn’t include bone-spur removal.) A representative of my surgeon left a phone message (which I have kept) suggesting that we should both contact Cigna to dispute the unreimbursed balance of his bill so that I would not be “liable” for it. She persuaded me to call Cigna and bring her in on the call so together we could urge Cigna to increase its reimbursement. During the conference call, the Cigna agent said the company would take 30 days to reconsider its payment to the surgeon.

Meanwhile my surgeon has billed me $77,299.82, almost the entire unpaid balance of the surgeon’s original bill to Cigna. Only recently have I learned that in fact I am not “liable” for the unpaid balance of my surgeon’s bill. New Jersey, my home state, prohibits health care providers from billing insured patients for unreimbursed charges, a practice called balance billing, for “out-of-network services provided on an emergency or urgent basis above the amount of the covered person’s liability for in-network cost-sharing.” Many other states have laws to protect patients from balance billing, Medicare and Medicaid both prohibit the practice, and the federal government will ban it starting in January 2022.

I’ve described my case to a few health care veterans, and they say it’s not unusual. Providers routinely overcharge insurance companies, which in turn routinely underpay the providers. Providers and insurers then haggle over the difference. Providers also seek reimbursement from patients, even though this practice is usually banned. All of this paperwork and haggling consumes time, energy and money.

When I left the hospital, I walked to a CVS pharmacy in Hoboken to get the linezolid. The pharmacy, which said Cigna had not authorized the prescription, charged me $851.66 for a 10-day supply. Later, I sought reimbursement from Cigna, pointing out that oral antibiotics are almost certainly cheaper than intravenous antibiotics would have been. Cigna retroactively authorized the prescription, but it still only reimbursed me $48.40 for my $851.66 bill.

Another issue worth mentioning: When I was in the hospital, five doctors not directly involved in my case dropped in on me, unannounced, to chat. I was flattered. I thought they were visiting me because they cared about me and my case. My naivete, in retrospect, is comical. These physicians probably just wanted to make a little money. Each billed Cigna between $93 and $450 for our brief conversations.

Although my case is relatively simple, and I am relatively intelligent, I am overwhelmed by the complexities of my treatment and its costs. I have a file crammed with bills and other documents related to my stupid elbow. I’ve been thinking of contacting “Bill of the Month,” a collaboration between Kaiser Health News and National Public Radio, which helps people understand “exorbitant or baffling” medical bills.

I keep wondering about people with serious illnesses such as cancer, heart disease, diabetes and Alzheimer’s. How do they cope with the nightmarish financial consequences—on top of the physiological and psychological effects—of their conditions? I am more convinced than ever that American medicine is corrupted by capitalism—more specifically, by the desire of both providers and insurers to maximize profits—and needs radical reform.

The U.S. spends significantly more on health care per capita than any other country in the world, and yet its health is not proportionately better. Far from it. A recent comparison of the U.S. to “peer countries,” including Australia, Japan and the U.K., found that the U.S. “ranks last in a measure of health care access and quality.” The U.S. spends more than 10 times as much per capita on health as Costa Rica. But Costa Ricans, who have socialized medicine, are on average longer-lived and healthier than Americans, according to a recent report in the New Yorker.

Behind every medical story, including ones that end well, lurks the colossal dysfunction of American health care. My story ended well. I’ve recovered the strength and mobility of my right arm. I look forward to playing hockey again, with elbow pads, this winter. My elbow is fine. I wish I could say the same for our broken health care system.

My Stupid Elbow and the Crisis in Health Care

The Cancer Industry: Hype vs. Reality

Can Psychiatry Heal Itself?

Has the Drug-Based Approach to Mental Illness Failed?

I describe the pleasures of hockey in my books Mind-Body Problems and Pay Attention.

How Business Leaders Can Reduce Polarization

Sun Oct 10 , 2021
Rising political polarization can have serious ramifications for businesses. Companies that speak out on controversial issues can face decreased customer loyalty from those with opposing beliefs, increased internal conflict between employees, or reduced sales from boycotts. Furthermore, taking a public stance can often exacerbate social tensions. For example, after the […] 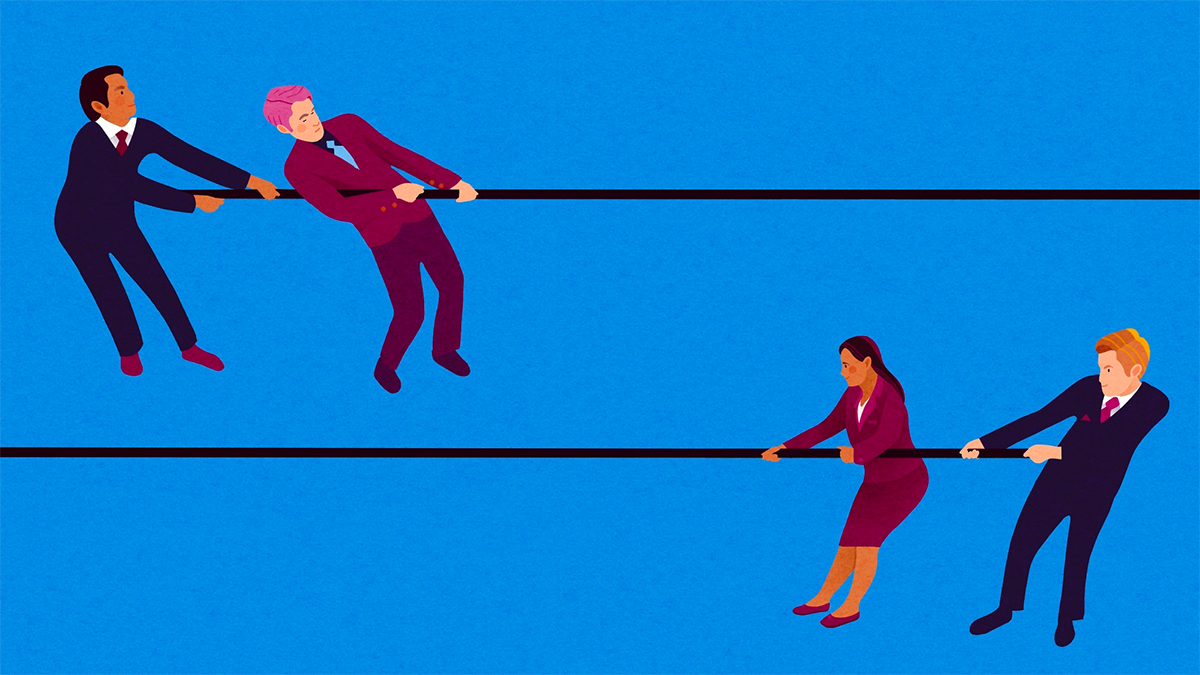