Last month, while the cultural elite wrapped up Art Basel with the usual lavish purchases of Keith Herring paintings and Daniel Arsham decayed sculptures, a different crowd had gathered just a couple blocks down the South Beach coastline. The world’s first “Metaverse star” was about to perform. FLUF Haus, the […]

Last month, while the cultural elite wrapped up Art Basel with the usual lavish purchases of Keith Herring paintings and Daniel Arsham decayed sculptures, a different crowd had gathered just a couple blocks down the South Beach coastline. The world’s first “Metaverse star” was about to perform.

FLUF Haus, the first in-person gathering for a community of virtual 3D Rabbits (known as Flufs), was hosting a concert for the music star known as “Angelbaby”—a large tattooed pink rabbit whose identity, appearance, and music had been created entirely on the metaverse.

Despite Angelbaby’s entirely virtual existence, some 600 people—largely stakeholders in the NFT community, FLUF World—had flown from across the globe to witness the in-person debut. A projection screen overlooked the dance floor at the Freehand Hotel where guests including Trinidad James and Boyz Noise commingled amidst fire breathers and models. Screens scattered throughout the venue displayed various Fluf avatars, broken up by animated scenes from FLUF World.

The event—which felt like a bit of a coming out party for newly created FLUF World—underscored a crucial, often overlooked detail of the booming NFT space: community.

“The most important thing to me with FLUF World was the Discord.” said Robert Hellauer, a 33-year old financial analyst who became a Fluf holder in September.  “I went to all the Discords, and all the metaverses have a different vibe…And you could just feel the energy with this one.”

Like the notorious Bored Apes or CryptoPunks, the value of a Fluf isn’t just as a piece of digital art, but as a digital identity. Much like how Supreme or Thrasher did for skaters, NFTs codify culture into appearance, branding one’s allegiance to virtual clans and online subcultures. Buying into a community, literally, helps carve out one’s metaverse identity. FLUF World recognized this early on, and decided to intentionally avoid the toxicity present in many virtual worlds, instead focusing on creating a dynamic and inclusive world to house their digital animal characters.

This appeal of intentional community has seemingly paid off, as many at Fluf World expressed having previous interest in the metaverse, but hadn’t yet found a space that appealed to them.

“These guys think about things other guys don’t,” says Tom Soler, a software manager attending the event. “Decentraland launched way ahead but it feels very empty. These guys have thought through what is the most engaging way to create a community for people who want to hang together.”

This engagement is reflected in Fluf World’s 42,000 member Discord where “#new-fluffers are greeted with a reminder to “treat each other with respect”, and after searching through the Fluf Radio and sales channels can navigate to the “Above Ground” section, to find channels such as #health-and-wellness, and #time-to-talk.

That’s not to overlook the draw of Fluf World’s impressive technology and artistic detail. Rather than use 8-bit images or 2D cartoons, Fluf World features fully 3D characters designed by animators who’ve worked on projects including Avatar and the Lord of The Rings trilogy.  Characters hover over customizable, multi-dimensional environments—which include both personalized character music and location based-backgrounds that range from a desert to futuristic city (collectively known as “scenes and sounds”).

Along with the 10,000 original rabbit ‘Flufs’, FLUF World introduced their second line of characters —known as Party Bears— of which all 10,000 sold out in under 10 minutes. Beyond avatars, stakeholders can also purchase virtual real estate known as “burrows”, and even AI-brained spiders (known as “thingies”) which use pattern recognition to create and mint their own new virtual art. All of Fluf World’s characters constantly evolve, and often contain hidden attributes that develop and reveal themselves over time.

Together, this technology, art, and community channels weave together a digital world that shows promise of true depth; an online space with the potential to create a self-perpetuating cycle of growth based on bottom-up user participation.

“When it comes to other [metaverse] platforms, it’s all about roadmaps,” says FLUF World superfan Nick Synodis, (who goes by the handle Knux). “Fluf is in a league of its own. Its competitor is Spotify. It’s Facebook.”

A Record Label For The Metaverse

One of the most promising examples of FLUF World’s potential to be a truly dynamic multi-channel world is their partnership with NFT music collective, Hume.

Described by co-founders Jay Stolar and David Beiner as the “Web3 version of a record label,” Hume is the NFT music minting service that allows Flufs to commercially own and display exclusive music snippets in their character environment. With a tagline of “we are hume. we are many,” Hume has the most active twitter following in the Fluf World community, acting as both differentiator and hype builder for the virtual world.

“We’re creating music-driven Metastars,” says record producer Gino the Ghost, the event’s emcee and Hume evangelist. “The next Billie Eilish or Drake is gonna be in the metaverse.”

Asked what made him interested in migrating his experience from the traditional music realm, Gino (who has composed music for the likes of rapper Saweetie) expressed both an ardent fascination with FLUF World, as well as sharing a commonly held frustration with the revenue structure of the music industry.

​​”What I primarily do, I work with the pop side, the rap side, the dance side —and they all want to know,  ‘How do I get into NFTs?’ All these creatives are so tired of the labels and the royalties—and music NFTs are a way out that isn’t cash-grabby.”

With the creation of their metaverse star Angelbaby, Gino and the founders at Hume are optimistic that Web3 could create a paradigm shift not just in how artists generate revenue, but how fans can benefit from their artist loyalty. In this case for instance, by financially supporting Angelbaby’s origin story (which involved being lost in the desert after being transported 1000 years back in time), fans received some of Angelbaby’s original minted music. This music in turn grows in value as Angelbaby’s popularity rises.

“People who helped Angelbaby in the desert, now they all own a piece of their song that is worth $400-500. Over time this increases the value of their own NFT,” says Beiner.

Gino explains the relationship a bit more simply: “It a way for fans to make fucking money supporting their favorite artists.”

As Gino’s introduction wraps up and Angelbaby’s giant character is projected onto a screen in front of a sea of cellphone recordings, one aspect of FLUF Haus becomes immediately clear: it’s surprisingly normal.

For all the talk of Web3, and NFTs and the metaverse, the event feels much like any other concert—with people dancing in close quarters, and having a good time with people they know. Save for the fact that the performing artist is a 13-foot tall pink rabbit with no known human identity, you’d be hard pressed to know this was an NFT event.

And in a way, that’s kind of the point. As virtual representations of ourselves continue to grow—and the metaverse becomes increasingly populated—so too inevitably will our online identities. But that doesn’t mean we will forgo our personalities in the physical world. Like gamertags, or bitmojis or animal crossing islands, spaces like FLUF World will add another layer onto our beings that enhance, not replace our existing lives. FLUF Haus was trying to demonstrate that connection to the world.

“The meta verse is going to be this amazing digital space,” says Knux. “But the ultimate goal of it is to live in both worlds.”

Sat Jul 23 , 2022
As more people around the United States test positive for COVID-19, leaders of healthcare organizations and hospitals are permitting workers to stay on the job even with a positive test. Around the country, nurses and other healthcare workers are still coming to work if they have the virus. In the […] 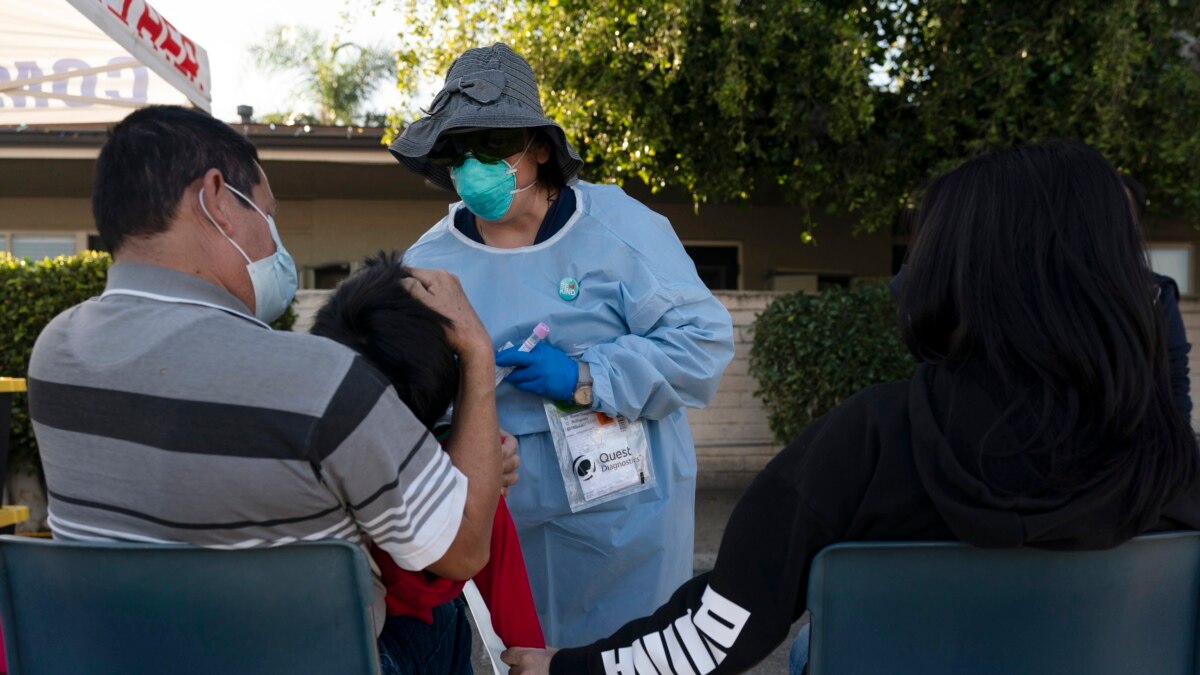