When Dr. Theresa Clark opened her practice in January 2020, she did so because of the high level of need for psychiatry services in Summit County. Now, nearly two years later, she’s facing an uphill battle with insurance carriers that she said are making it difficult for her to offer her services.

Clark owns and operates Ten Mile Health & Wellness in Dillon, and she’s one of a handful of clinics that are experiencing issues with Bright Health. But while she’s optimistic Bright Health is working to process unresolved claims, she’s not as confident about her partnership with Anthem Blue Cross Blue Shield — one of the most popular health insurance carriers in Summit County.

Clark said she officially terminated her contract with Anthem in October. This poses a risk for community members who need mental health care. Clark is one of very few providers who offer psychiatric services, and if she’s not able to accept one of the few carriers with plans available in the community, then it severely limits the community’s access to mental health resources.

“I partnered with Anthem toward the start of 2021 and just ended my partnership with Anthem sort of related to their unwillingness to discuss meeting appropriate area rates for reimbursement,” Clark said. “From a confidentiality standpoint with the insurance companies, we’re not allowed to disclose the actual rates or fees, but what I can say is that Anthem currently operates, or would like to operate, on a fee schedule they established in 2013.”

Prior to terminating her relationship with Anthem, Clark said she had tried to work out an agreement where she would be compensated for her services to what she felt was an adequate amount but that Anthem was not interested. Clark said the carrier told her its network of providers was satisfactory and that its current fee schedule should be adequate for this area.

Frustrated, Clark said she asked Anthem to provide her with a list of in-network providers who could provide her Anthem-covered patients with physician-level care. Patients who were covered by Anthem made up about 20% of Clark’s total patients. Using Anthem’s list, Clark would then refer her patients to other psychiatrists. When she received the list, she was alarmed.

On the list were four physicians. One physician’s office is now closed, one was retired and no longer providing services, one had a child and adolescent focus and was not based in the county, and the last was part time and not booking new patient evaluations until mid-January, she said.

“There is access to care, but access to care in county? That doesn’t seem like an adequate network to me as someone that lives in Summit County,” Clark said. “If I needed psychiatric care myself, I would have to wait to mid-January to wait to see a physician, and as a consumer, you should not have to wait 2 1/2 or three months to see someone in your area when there are providers in your area that would be available within weeks.”

The impact on the community is not lost on Jennifer McAtamney, executive director of Building Hope Summit County, a local mental health nonprofit. McAtamney pointed out that some of Clark’s patients will now have to pay out of pocket for her services and that others will seek out other ways to get help, whether that means traveling farther for the same services or seeking help from Building Hope’s mental health scholarship program.

McAtamney’s greatest concern, though, is how it will impact an individual’s continuum of care. When most individuals seek care, they are exploring a multitude of options, such as medication and therapy, and doing so usually proves to be successful. When a portion of this care gets interrupted, that can be harmful to the patient.

“When you’re on some of those psychiatric meds for high levels of anxiety or depression, that continuity of taking that medication is extremely important for the patients,” McAtamney said. “Oftentimes, not being able to see the psychiatrist that you’ve seen before can really cause a lag or a delay in getting your medications filled because you must see the psychiatrist in order to have that prescription filled.”

McAtamney is familiar with the common pains of how insurance companies don’t often cater to their consumers’ mental health needs. She said that according 2019 data, 56% of the individuals who used Building Hope’s scholarship program had health insurance but no providers in the community accepted the carrier. McAtamney said since then, Building Hope has worked, in part with Peak Health Alliance, to get providers to accept carriers to widen access in the community.

“One of the things we were looking at is the growth of our scholarship program and the increased need for behavioral health services and how we are going to connect and create access for the community,” McAtamney said. “We built this insurance credentialing program (where) literally Building Hope pays for private providers to get credentialed with insurance panels and then pays the billing services so that they can easily take insurance and be compensated for the work that they are doing.”

But it’s not always so simple. McAtamney points out that when insurance companies are slow to process claims, providers are less likely to work with them.

“We worked on all of that stuff, and now we’re able to be at over 40 providers that are credentialed with different insurance companies that are common for our marketplace, so that included Bright and Anthem and (Employee Benefit Management Services) … Cigna, all of those guys,” McAtamney said. “So when the insurance companies aren’t expeditiously processing those claims, that creates a ripple effect in that providers don’t want to take insurance and just want to go back to private pay.”

Though she is no longer accepting Anthem, Clark said she does accept Bright Health, Employee Benefit Management Services and Cigna as well as Medicaid, Medicare and Building Hope scholarships. Clark said she’ll continue to reach out to Anthem in hopes that the two can strike a compromise in the future.

As for Anthem, Emily Snooks, the company’s director of public relations, said not all providers will work with the insurance company to provide services to consumers.

“We have a broad network of providers, which is essential to help us reach our goals, but we also recognize not all providers choose to participate in our provider network,” Snooks wrote in an email. “In addition to our provider network, we also offer on-demand, virtual care options 24 hours a day, seven days a week for our members seeking behavioral health providers and resources.”

Wed Nov 24 , 2021
The Conversation: How Talking Honestly About Racism Can Transform Individuals and Organizations by Robert Livingston, Penguin Business £14.99/Currency $28 Starting with the uncomfortable, unavoidable conversations needed to bring about change in society and the workplace, Harvard psychologist Livingston lays out a clear blueprint for rooting out bias and racism. This […] 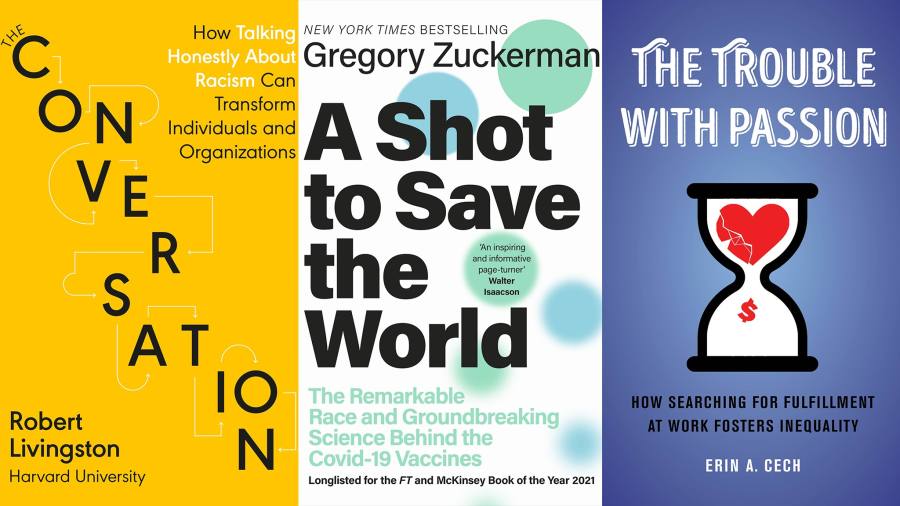