It may still be mud season in Vermont, but officials at Burlington International Airport are looking forward to what they project will be a busy summer for leisure travel.

While the state’s largest airport still has roughly three-quarters of the passenger traffic it had in 2019, the number of passengers traveling during school vacation periods this winter exploded, said Nic Longo, the airport’s acting director of aviation.

“People want to travel big time, and we’re seeing that in our numbers,” Longo told VTDigger.

During school vacation week, the airport welcomed 10% more passengers than it did during the same period in 2019, which was already a benchmark year, Longo said. The facility’s parking garage also made more revenue than it ever had in a single day.

Officials are crossing their fingers that the numbers continue into summer, when multiple airlines are set to offer nonstop travel to new, seasonal destinations.

Next month, Frontier Airlines is scheduled to switch out its direct service to Orlando with a nonstop flight to Denver, Longo said. In June, American Airlines is set to do the same thing with its current Miami flight, swapping it out with a flight to Dallas.

Also in June, two airlines are expected to add two new direct routes from Burlington. United Airlines has announced a direct route to Denver, and budget carrier Sun Country Airlines is set to launch a nonstop flight to Minneapolis.

The Minneapolis route — which is scheduled to fly twice a week beginning June 16 — has Longo especially excited. While the Midwestern city can be a destination in its own right, it can also serve as a valuable connecting airport, he said.

“Those connections out of Minneapolis — because that’s where Sun Country’s hub is — will be very helpful in keeping our ticket prices down for flights out to the West Coast,” Longo said.

A Boutique Air flight to Boston’s Logan Airport is no longer being offered because of staffing issues, Longo said. He told VTDigger that airport officials are working with the company to bring its daily, eight-passenger flights back to Burlington.

Brian Kondrad, Boutique’s vice president for business operations, confirmed in an email that the San Francisco-based carrier is considering a return to Burlington International.

“We are analyzing very carefully if we will return the service due to the increase in fuel prices,” Kondrad said. “We want to offer the best price to our customers and, due to this factor being outside of our control, we are watching the trends very closely.”

But while business may be booming, aviation — like other industries — is still going through pandemic-era growing pains, the airport director said.

Even though leisure travel has shot back up, the popularity of remote working has dealt a blow to business travel.

Business travel “is not going to pick up as fast (as leisure travel), but it’s definitely going to be out there,” Longo said.

In addition, Longo said, carriers have had trouble filling cockpits and cabins with employees.

“Staffing shortages are going to be an issue,” he said. “We’re going to catch up to our pre-pandemic (passenger) numbers before our staffing numbers do.”

Passengers at Burlington International should plan to arrive two hours early, Longo said, since the airport is down one security checkpoint due to TSA staffing shortages.

As of now, the federal mask mandate for transportation is set to expire April 18. If the Biden administration lets that rule lapse, Burlington International would not require passengers to don masks, since it is a city building, Longo said.

Want to stay on top of the latest business news? Sign up here to get a weekly email on all of VTDigger’s reporting on local companies and economic trends. And check out our new Business section here.

Did you know VTDigger is a nonprofit?

Our journalism is made possible by member donations. If you value what we do, please contribute and help keep this vital resource accessible to all.

Dyson launches its first wearable technology and it looks futuristic 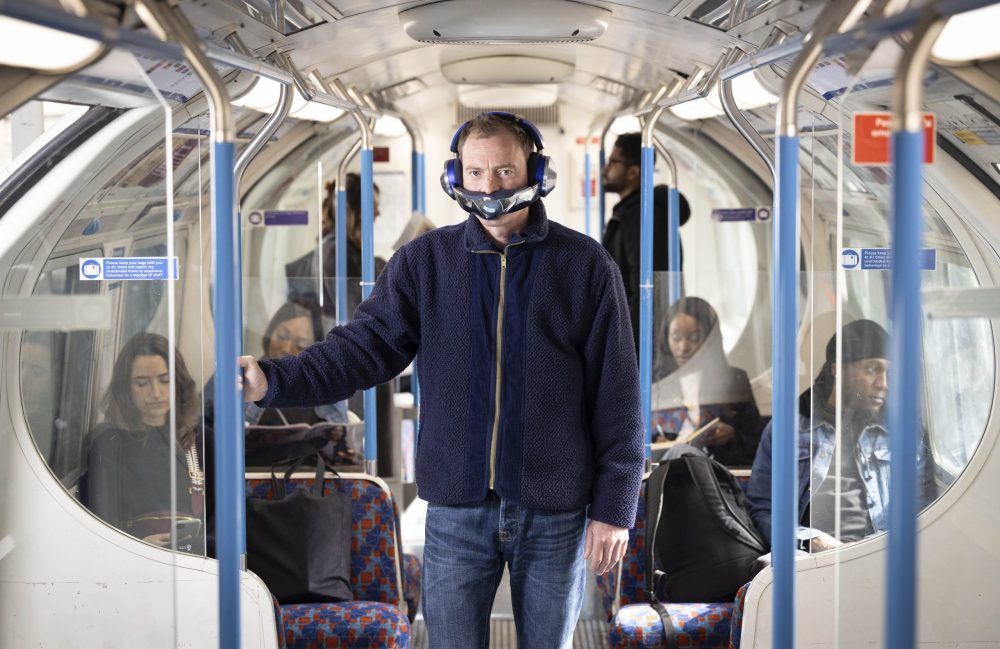