Kaner said his surf school had a lot of reservations and that this is usually a very busy year.

“This is our prime time for big company parties of 30-40 people to try the California experience of surfing, and that’s all been canceled and refunded,” Kaner said.

Business owners such as Kaner are feeling the brunt of the oil spill. Orange County officials said Thursday that Newport Beach Harbor and Dana Point Harbor are closed. Beaches in the area are either partially or fully closed.

Kaner is listed as a plaintiff in a class-action lawsuit filed Thursday by businesses against Houston-based Amplify Energy, the owner of the ruptured pipeline. The lawsuit accuses the company of failing to safely maintain the pipeline and promptly respond. CNN has reached out to Amplify Energy for a comment.

“This has devastated our California coastline in Orange County and it’s having a tremendous impact on our ecological preserves as well as our economics,” said Orange County Supervisor Katrina Foley.

Coastal businesses are dependent on the ocean

Kaner’s business is “located at ground zero near the oil spill” in Huntington Beach, he said.

He said he closed his business Sunday when he heard the news.

“We had a full day planned, booked,” he said. “We canceled and refunded all the customers, canceled Monday’s lessons. It was pretty obvious we weren’t going to be able to operate.”

The coastal areas around the oil spill are dependent on the ocean for tourism and business. California’s “ocean economy” is made up of six sectors, the largest being tourism and recreation, according to a 2015 study by the National Oceanic and Atmospheric Administration’s Office for Coastal Management.

“I think people are depressed,” Kaner said. “Not only is this prime time for business … if you ask any surfer, October is the best time to surf in California.”

The lawsuit he filed against Amplify said October is the prime time for surfing in California and expects a loss of up to $20,000 this month alone.

Donna Kalez is the owner of Dana Wharf Whale Watching, which has been open in the Dana Point area for about 50 years.

She said Dana Point is about a two-hour boat ride and a 30-minute drive from Huntington Beach, so her business and the area are not usually affected by issues up north. Her business has been closed since Monday.

“We tell our customers every day that it’s a day-by-day situation,” she said. “We use the water every single day, so an oil spill is very concerning to us.”

It’s hard for her to say how much money she’s lost because of the spill.

“We’ve had a lot of people cancel for the future just because of the nature of the media telling them there’s this oil spill,” she said. “They don’t want to come here.”

Rustyn Moore, regional manager for Killer Dana Surf Shop, said no one has been renting surfboards the last few days because of the spill. Dana Point and San Clemente are definitely “the holy mecca of surfing,” he said.

“Any given day of the week at any time from 5 in the morning till dusk, there will be hundreds of people out in the water surfing just from all ages,” he said. “Now, to see it depleted and maybe one or two people out there … it’s very unusual to see an empty lineup in any of our waves around here because it’s such a good spot to surf.”

The US Coast Guard released a claims number that has been established for any individuals or businesses who feel they may have been affected by the incident: (866) 985-8366 and reference Pipeline P00547.

Before the Delta variant wave of late summer, California lifted most of its Covid-19 restrictions on June 15 ending capacity limits, physical distancing and some mask requirements.

“It’s unfortunate that it’s on the heels of, you know, the pandemic where we’re just now recovering and coming back and now we’ve got this to deal with,” said Foley, the Orange County supervisor.

Kalez told CNN she had lost over $200,000 in canceled trips during the shutdown in 2020, and she was excited to get back to whale watching. Now the spill has her worried.

“We just keep wishing and hoping that we’ll get that call that we can reopen,” she said.

Moore said Killer Dana Surf Shop closed twice during the pandemic: Once for about two months in 2020 and then for two and a half weeks in 2021 after an employee contracted the virus. When businesses began to creep back open in May 2020, the only thing open was the ocean so Moore said business was “jamming,” with high demand and low supply.

“We couldn’t get enough product in,” he said.

With no one going in the water because of the recent oil spill, he says no one is renting surf boards.

“Those are probably one of the largest parts of our business, we had no one renting, so that definitely put a halt to some of our sales the last couple days,” he said.

Kaner said his surf school used to do a lot of international business with tourists from Europe and Asia, but that slowed way down because of the pandemic.

“We lost a lot of tourism throughout Covid. People just aren’t traveling as much,” he said, adding that he lost tens of thousands of dollars due to the pandemic. His surf school opened again in June 2020, but things were different with less visitors.

For him to see yellow tape on closed beaches now hurts, he said.

“It’s all heartbreaking, it’s like one thing after another,” Kaner said. “On any given day, you can paddle out at this location and be greeted by dolphins swimming by, we’re not seeing that for a while.”

Wed Oct 13 , 2021
Williams was inactive for the opener but in the last three games has moved into the starting lineup and assembled a highlight video of splash plays. Against New England and Denver combined he had 11 tackles and chalked up 4.5 tackles for loss, while also forcing opponents to commit a […] 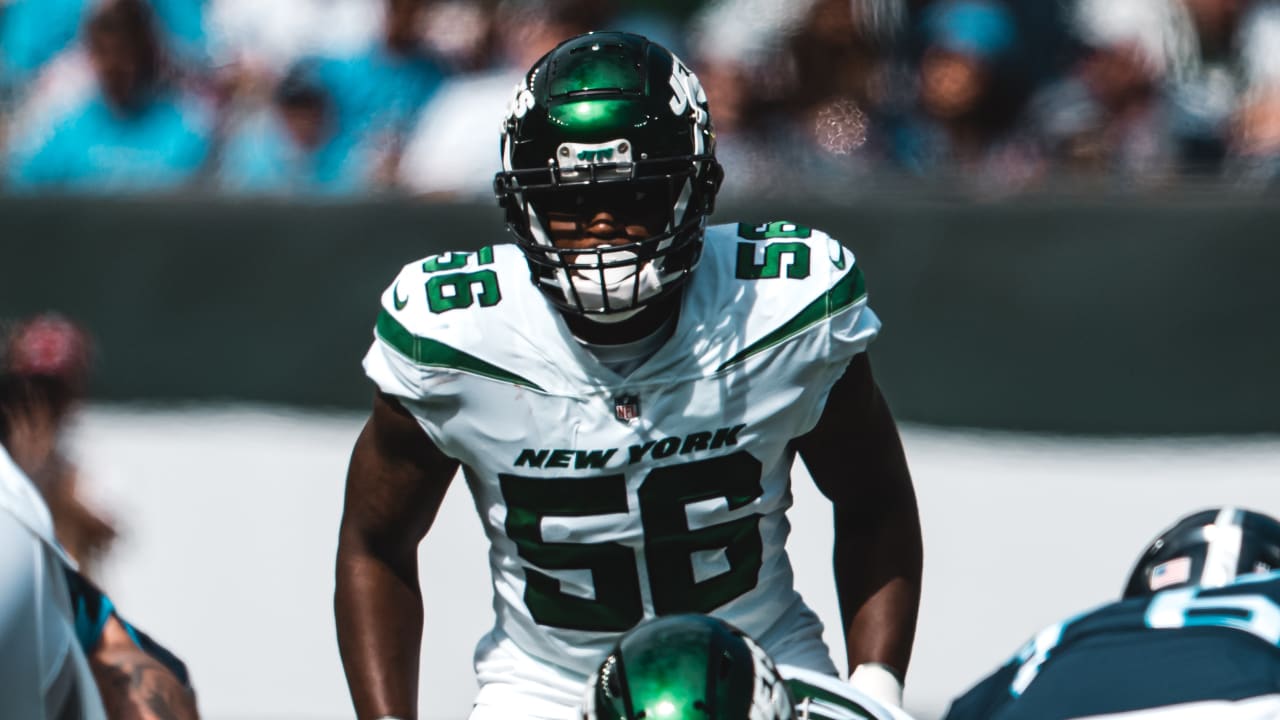