One day in early March 2020, just as the pandemic was gaining momentum, sixth-grader Carolina Martinez-Nava was heading to the school cafeteria when she saw her sister coming down the stairs, looking for her. Arlene, an eighth grader, was crying.

“She came and hugged me,” Carolina said. Students had been peering out windows all morning at the black smoke rising a few blocks from the school, in Bridgeport. But that still couldn’t prepare Carolina for her sister’s news that it was their family’s house that was burning.

The blaze destroyed everything, including the stuffed rabbit that was Carolina’s favorite toy. It also started an odyssey for the Martinez-Nava family that, at almost every step of the way, was stymied by COVID-19, whose shape and intensity was, especially in the beginning, poorly understood.

“We couldn’t believe there was so much stress,” Angelina Martinez-Nava, mother of the sisters and 4-year-old Alesander, said this summer through an interpreter.

Although what they experienced may have been extreme, today, every family has its pandemic story, one that—as data and anecdotes from health care professionals show—can be largely summarized by two words: anxiety and loss.

Melissa Mendez, a licensed clinical social worker and director of early childhood programs at Wheeler Clinic, said she thinks that for the rest of her professional career, she and others working in children’s mental health “will be dealing with the aftermath—if we ever get there—of this pandemic.”

Shortly after COVID-19 began its sweep across the country, health experts began warning about high rates of anxiety and depression among children and adolescents.

Kim Holyst, director of behavioral health at the Wheeler Family Health & Wellness Center in Waterbury, said counselors started to see “some pretty significant anxiety” among children and adolescents as soon as schools went to remote learning.

The children had “behavioral issues, increased irritability,” Holyst said, noting, “Their whole world had been turned upside down.”

By February 2021, an NBC/Stanford University survey showed that only a third of high school students “felt they were able to cope with their sources of stress, which include strained mental health and peer relationships.”

In June, the U.S. Centers for Disease Control and Prevention reported that visits to hospital emergency departments for suspected suicide attempts were more than 50% higher among girls 12-17 in February and March 2021 than in the same period in 2019.

Today, the Wheeler Clinic’s Mendez said the anxiety continues, linked to the “ongoing uncertainty” about COVID-19.

“Nobody ever knows for sure what’s happening day to day,” Mendez said. “There’s new research coming in, new recommendations being made, new drugs being approved.

“We’ve never really had anything like this,” Mendez said. “That, I think, has created a lot of anxiety and uncertainty with grownups in general, and that certainly filters down to children.”

The Martinez-Nava family (clockwise from right) Angelina Martinez-Nava and her children Alesander, 4, Carolina, 12 and Arlene, 14. “We couldn’t believe there was so much stress,” said Angelina.

Family searches for ways to cope

The Martinez-Nava family soon found a new apartment, but their challenges continued to mount. Schools closed. The children’s father was diagnosed with COVID-19 and lost his landscaping job when he had to quarantine. Angelina, a cook at a restaurant, lost her position when the restaurant closed. For six weeks, no income came in.

Arlene and Carolina tried to keep up with their schoolwork by passing Arlene’s cellphone back and forth. Although they eventually got computers, their grades dropped as they struggled with the challenges of remote learning and those of their new home environment.

“I would lock myself in my room, and I would sleep through the day and be up at night,” Arlene said. “At random times,” she said, she and Carolina, “would just crack, and get angry with the world, with anyone around us.”

Carolina’s best friend had left Connecticut before the pandemic, and with schools closed, the younger girl had no one to talk to.

“I didn’t want to leave my room,” she said. “I would just stay there, in the corner. I was very worried, like scared, all the time. I’d most likely cry myself to sleep.”

Their mother arranged physicals for the girls at Southwest Community Health Center in Bridgeport. When she told the pediatrician how worried she was about them, he suggested reaching out to the center’s behavioral health staff.

‘We really did need therapy’

Nancy Wiltse, chief behavioral health officer at Southwest, said the number of families seeking mental health treatment for children and adolescents has soared, helped by the advent of telehealth.

Both girls saw counselors at Southwest, meeting with them on cellphones and then on computers through the year. With counseling, the sisters were able to process what was happening to them and, most importantly, find words for their feelings.

When the fire and the pandemic blew up their lives, Arlene said, “We didn’t know we had a problem.

“By the time we got to the end of professional therapy,” Arlene said, “that was when we thought, ‘We really did need therapy!’”

With schools reopened, many families have been able to resume more familiar routines, even though the threat of COVID-19 continues to impede the country’s full resumption of “normal.”

Many people “had high hopes about what fall would be like,” Mendez said, “and now we’re here, and everybody just—I don’t know, it’s pins and needles, it’s bated breath.”

Some families that Wheeler counselors have been treating were not ready to send their children back to school, Mendez said.

They’re “upset that remote was not an option this fall,” she said.

“I think the children who are struggling more with the anxiety around the pandemic and what it means for them and being away from their parents again are probably having a harder time at school,” Mendez said.

She notes, however, that, “Children are actually pretty resilient and pretty adaptive, and many are happy to be in school again and see their friends, for the most part.”

But, Mendez warned, in the past 18 months, “a lot of families and children have gone through some pretty serious losses”—family members, people in their communities.

“We don’t really see a lot of discussion about that,” she said.

This story was originally published Sept. 20, 2021, by the Connecticut Health Investigative Team.

Sun Sep 26 , 2021
In addition to a hearing about the Residences at Newport Center, the Newport Beach City Council will also hear conceptual plans for a new lecture hall in the city’s public library Tuesday. The city awarded a $638,000 design contract in 2019 for the standalone, 325-seat hall adjacent to the city’s […] 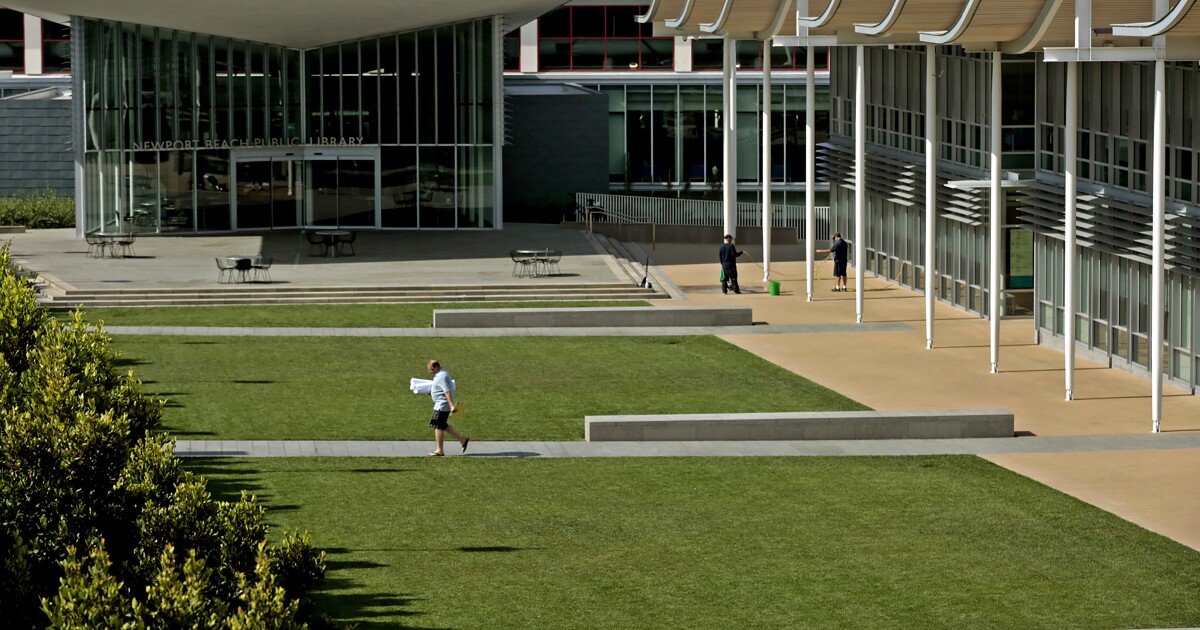