Carbon capture and utilisation technologies, which aim to pull carbon dioxide from the air and use it for emissions-lowering processes, emit more carbon than they remove

Most carbon capture and utilisation (CCU) technologies, which pull carbon dioxide from the air and use it for other emissions-lowering processes, emit more carbon than they capture. This finding suggests that CCU projects, which have attracted billions of dollars in investment, won’t do much to achieve the Paris Agreement‘s emissions targets to prevent warming by more than 1.5°C.

CCU technologies take carbon dioxide out of the atmosphere, either capturing it directly from the air or absorbing it at polluting sources, and puts it to use in processes such as making fuel, plastics and concrete. Unlike straightforward carbon capture technology, CCU doesn’t store the CO2 for long periods. CCU technologies either use energy to convert CO2 into fuels or use CO2 itself to drive other industrial processes like oil extraction or growing plants.

Kiane de Kleijne at Radboud University in the Netherlands and her colleagues assessed the life cycles of more than 40 CCU processes against three criteria: could they permanently store CO2; does the CO2 they collect come from atmospheric and natural sources; and does the process have zero emissions.

Join us for a mind-blowing festival of ideas and experiences. New Scientist Live is going hybrid, with a live in-person event in Manchester, UK, that you can also enjoy from the comfort of your own home, from 12 to 14 March 2022. Find out more.

Kleijne and her team found that the majority of these technologies failed to meet these criteria, with 32 of the 40 emitting more carbon than they captured. Only four methods appeared to be ready for use while also emitting low amounts of carbon. These include technologies that make use of CO2 in concrete production and for oil extraction.

“If you’re stuck with such a technology that does not have the potential to really reduce emissions drastically, and preferably to net zero, then that could be a situation that’s undesirable,” says de Kleijne.

“Engaging in some of these utilisation activities actually uses more carbon,” says Stuart Haszeldine at the University of Edinburgh in the UK.

Many of the technologies also don’t appear ready for deployment on a large scale, so they may not be helpful in hitting the Paris Agreement’s emission targets by 2030, says de Kleijne. “2030 is pretty soon, and a lot of these technologies are still under development,” she says.

While the analysis used assumptions about future electricity mix that could change – for example, electricity was assumed to be completely renewable by 2050 – more pessimistic assumptions could actually make CCU even more carbon intensive.

De Kleijn hopes the research will eventually be used to help policy-makers and investors decide which technologies are worth investing in.

“CCU technologies aren’t one-size-fits-all, they’re different,” says Guloren Turan at Global CCS Institute, an international think tank that promotes the use of carbon capture technologies. “CCU appeals to policy-makers and the public because it’s seen as a circular economy. There are some very positive perceptions of CCU, but the point that [the researchers] are making is that not all CCU technologies are the same.”

Ultimately, it could make more sense to concentrate efforts on trying to store carbon for thousands of years, says Haszeldine. “It will probably be better, in terms of taking CO2 out of the climate, to just focus on very secure, straightforward capture, transport and storage.”

Sign up to our free Fix the Planet newsletter to get a dose of climate optimism delivered straight to your inbox, every Thursday

We have clarified the headline

This Boston Art Collector Leaves No Stone (Or Canvas) Unturned

Wed Feb 23 , 2022
News Her deep dive includes examining every work, both available and sold, that she can find online. Sign up for our weekly home and property newsletter, featuring homes for sale, neighborhood happenings, and more. “I never considered buying Matisse,” the owner of this Boston condo says, referencing the fauvist pochoir […] 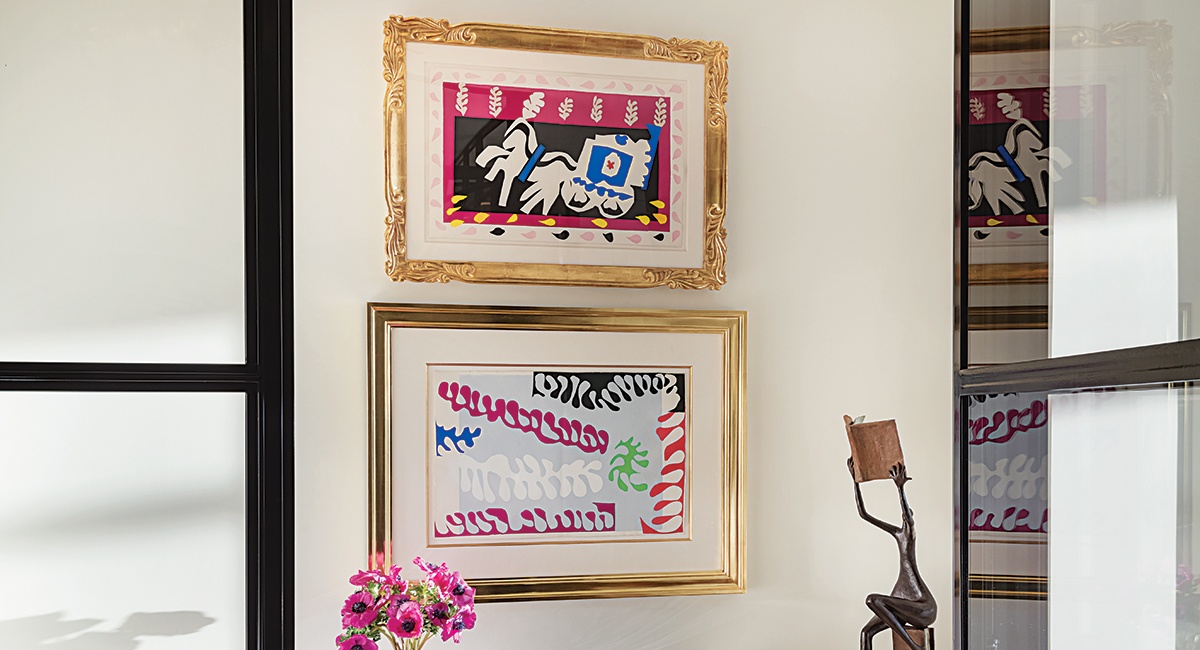