Mental health is out of the closet and into our streaming services.

Tennis champ Naomi Osaka is talking about it. Prince Harry. Selena Gomez. Joe Jonas. This was a few years ago, but even Dwayne Johnson, aka The Rock, opened up about his struggles with depression.

And yet, with all due respect to The Rock’s biceps, Osaka’s backhand, Prince Harry’s crown, Gomez’s pipes and whatever Jonas does best — he was in a band of brothers, but I’m a few decades out of that demographic — I was particularly intrigued by the thoughts of one Dr. Kristina Sowar, a child psychiatrist and associate professor in the Department of Psychiatry at the University of New Mexico.

Sowar next month is giving an online talk about mental health and the COVID-19 crisis, sponsored by the National Alliance on Mental Illness of Santa Fe. And while there’s plenty to be concerned about regarding our collective and individual mental health through the COVID-19 riptide, she does offer this nugget of good news.

All this conversation about mental health during the pandemic? It’s very OK.

“I definitely feel there’s more conversation about it,” she said late last week. “There’s more being published, in various forms of media. Definitely, people are paying more attention to it. Maybe that is coming along with our … evolution of a society in recognizing mental health concerns — or acknowledging, validating them.

“Based on how it’s affected people at so many levels,” she added, “I certainly think it’s brought mental health more into the spotlight.”

For generations, mental health issues were obscured by a stigma; it was never, ever water cooler conversation. But even before the pandemic arrived, cracks in that glacier began to appear. Slowly, people began opening up about depression and other forms of mental illness, perhaps spurred by those more likely to be seen on ESPN and Entertainment Tonight than the CBS Evening News.

COVID-19, with its massive impact on just about every function in our society, has accelerated the conversation — in large part because its effects on people cannot be underestimated, Sowar said. Everyone from young kids to millennials to baby boomers are facing the challenges brought by the disease’s omnipresence.

“The level of stress that has impact people in different ways and at different levels, it seems like it’s been more pervasive and significant than a lot of other stressers we’ve recently faced as a society or potentially, globally,” she said.

If there’s a group to be particularly concerned about, Sowars said, it’s teens — in part because many adolescents were isolated from their peers at the very moment in their lives when they are wired to be more socially connected. It may be too early to determine just what that break in connection will mean on the large scale, but there’s a lot of pain out there now.

“It seems like a lot of teens have suffered more from anxiety and depression, and I guess [that’s the case] across the board, but especially with adolescents,” Sowar said. “We’re seeing more kids and families coming into emergency rooms with crises, like suicide or aggressions that are happening. Some of that might also be because some other outpatient services have had to close due to COVID issues. So, it’s really affecting them, but it’s complicated, based on how old the kiddo is and what their structure looks like.”

Sue O’Brien, executive director of student wellness at Santa Fe Public Schools, puts it this way: “Adolescents are social beings. That’s their job. That’s why the interruptedness of this [COVID-19] is so profound.”

So, yeah, that’s the bad news. The good news? Sowar said there are things everyone can do to help their mental health. One of the biggest is to simply acknowledge there is such a thing as mental health, rather than denying its existence, as so many did for so long.

“The biggest thing is knowing, working on that sense of self-awareness — where am I at with my emotions or my stress or my coping?” she said.

There’s more that can be done, as well: physical exercise, smart nutrition, sleep. And when that’s been done, feeling comfortable enough to reach out for support or counseling.

“Self-compassion,” Sowar said, “is an important start for people.”

Who knows where this all ends? The meanest thing about COVID-19, other than the fact it’s remorseless and deadly, is that it never seems to go away. But maybe you don’t just fight this damned thing with just a mask and a shot. Maybe you fight it by being honest, alert, even vulnerable.

Can you smell what I’m cookin’?

“Some of this whole experience,” Sowar said, “will be an opportunity to shine a light on things we can do to take care of ourselves, in whatever profession we’re in.”

Phill Casaus is editor of The New Mexican.

US businesses on Canadian border want their customers back

Mon Sep 27 , 2021
Check out what’s clicking on FoxBusiness.com. MASSENA, N. Y.—It’s late September, and Mike McCabe is getting ready to put down the first layers of ice on the arena in this village of about 10,000. In a typical winter, the 1,600-seat venue hosts weekend hockey tournaments and figure-skating competitions that often […] 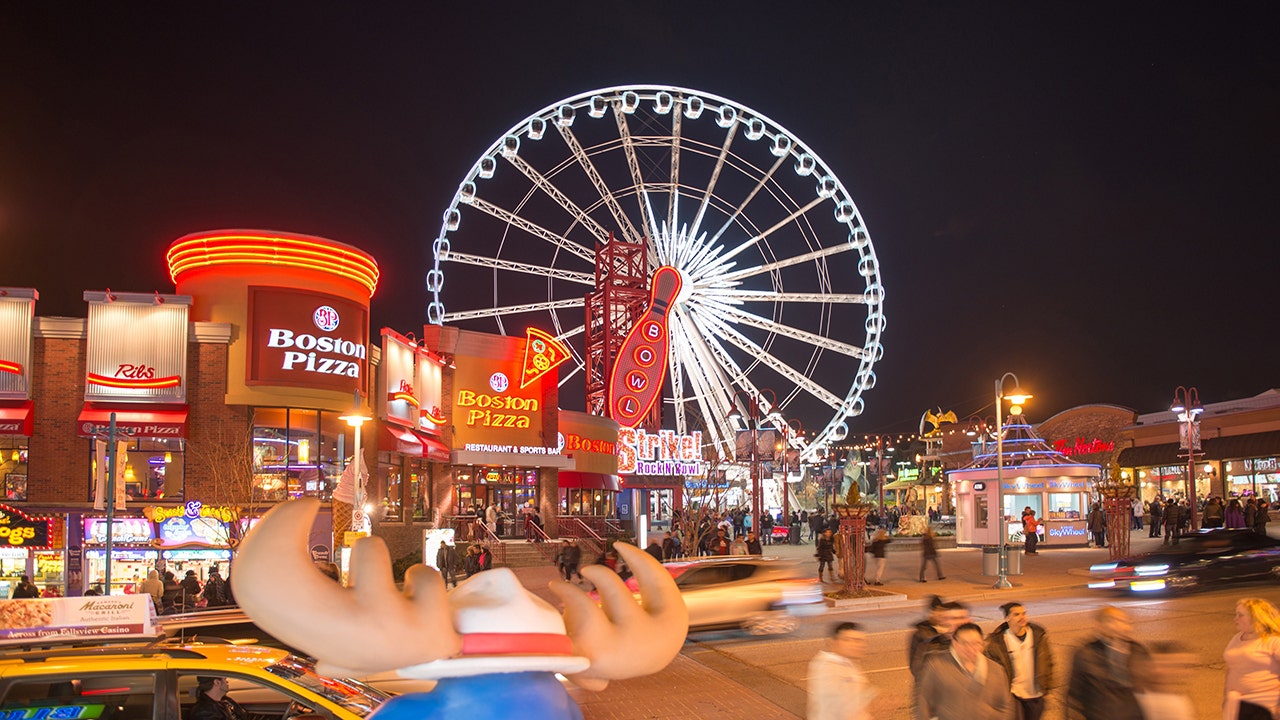