Much of what is made in law offices are tedious instruments of commerce: contracts, loan agreements, multipage memorandums.

But this year, the law firm of Quinn Emanuel Urquhart & Sullivan has given over space in its offices overlooking the Staples Center in downtown Los Angeles to the creation of art.

On the sixth floor, works in progress by Molly Segal, 38, a midcareer artist whose work focuses on themes like decay and regeneration, are stacked three or four deep against the wall.

“Never in my life did I expect to have a corner office,” Segal said.

A floor below, Edgar Ramirez, 32, a painter who focuses on themes like commerce and labor, creates stencils on cardboard canvases, using text from real estate street signs he finds on his drive in from the suburbs.

“Having the space gives me the freedom to work at a slower pace,” said Ramirez, a recent graduate of the ArtCenter College of Design in Pasadena.

The two artists are part of the firm’s new artist-in-residence program, the brainchild of one of the firm’s founding partners, John B. Quinn, a lover of art who has filled much of the firm’s seven floors of offices with contemporary works from his own collection.

Quinn draws parallels between the creativity of artists and that of his own litigators.

“Artists are the antenna of the human race,” he said in an interview. “They tell us what’s going on, what we can’t perceive yet.”

For their sponsors, artists-in-residence programs carry a bit of cachet, marking the places as fertile incubators of ideas. For the artists, they offer contact with new people and new environments in ways that stimulate creativity. And they often provide two things that are always welcome: space and cash.

For the four months of their residency, currently underway, the law firm is giving Segal and Ramirez $1,500 for artists materials and $5,000 a month, a nice stipend even if it only matches what a partner at a top-shelf firm can bill in a day.

Though museums and other institutions have had artist-in-residence programs for decades, law firms have not traditionally been sponsors, though Columbia Law School did welcome its first resident artist, Bayeté Ross Smith, this year.

On the other side of the spectrum of sponsors is the New York City Sanitation Department, which has had an artist in residence for more than 40 years.

The current resident artist, sTo Len, 43, started in September and is receiving space for a studio inside the department’s central repair shop in Queens.

Len uses art to confront the consequences of industrialization, such as pollution, and was recently an artist in residence for a wastewater treatment plant in Virginia. He said he was still researching what sort of work he might do but said he enjoyed a recent ride-along on a trash truck through SoHo at 5.30 a.m. — “to see the drill.”

“For me, it’s getting a backstage pass to the inner workings of the city,” he said.

The department’s program was pioneered in the 1970s by Mierle Laderman Ukeles, an artist who has stayed on in an uncompensated position. Ukeles wanted to raise the stature of the often unappreciated work done by sanitation workers, or mothers, to that of art. For perhaps her best-known work, “Touch Sanitation Performance,” she visited roughly 8,500 sanitation workers over 11 months during New York’s fiscal crisis.

“I faced each person individually — for example, at 6 a.m. roll call or in a truck as they waited to dump their payload at the marine transfer station” — to shake their hands and say, “Thank you for keeping N.Y.C. alive,” she said.

The Department of Cultural Affairs, building on Ukeles’s example, created a more formal artist residency program in 2015 that is sponsoring three artists this year, including Len, and is paying them $40,000 for work over a minimum of a year. Melanie Crean is an artist working with the city’s Department of Design and Construction while Kameron Neal is resident with the Department of Records and Information Services.

Gonzalo Casals, New York’s cultural affairs commissioner, said the artists help to communicate to the public what the agencies do. “It’s a training that the artists have — it’s the thinking, the perspective, the creativity,” he said. “That unique perspective, the approach to problem solving, but also the quality of art. It makes us human.”

Pieces created by two New York City resident artists have found their way into museum collections: works from a series by Amanda Phingbodhipakkiya (pronounced PING-bodee-bak-ee-ah), who was partnered with the city’s Commission on Human Rights, were acquired by the Library of Congress in Washington, D.C., and the Victoria and Albert Museum in London; and works from a series by Julia Weist, who was embedded in the Department of Records and Information Services, have been acquired by the Museum of Modern Art, the Brooklyn Museum and other institutions.

In Los Angeles, Quinn said he thought to create the residency, in part, when the pandemic emptied the firm’s offices. So while many of the firm’s nearly 400 attorneys and support staff in Los Angeles work remotely from home, he and the curator Alexis Hyde, hired by the firm to run the project, have turned over two offices to Segal and Ramirez for the four-month residency.

(They got 142 applications for the first residencies, which end next month. They’ll announce who takes up the next residencies in January; they plan to continue the program at least through 2022.)

“Alexis and I got this idea, wouldn’t it be cool if we had artists working here, and people at the firm could see them working and drop in any time and get inspired by the creation going on,” Quinn said.

Until the residency came along, Segal sometimes shared spaces with 11 or 12 other artists and her most recent studio in the Arts District of L.A. looked out on a dumpster. Ramirez worked out of his parents’ garage in Torrance in the South Bay.

“A residency like this is meaningful,” he said. “It helps you grow. Other artists don’t have this support with the space and financially. I’ve never had that support, and I’m thankful every day.”

The artists’ work will be shown in January in a pop-up exhibition downtown, the firm said. Quinn has promised to introduce them to his industry contacts, and he said he would buy at least one work by each artist for his collection.

Quinn stops by at least once a week when he’s in town to see the artists. Segal said one of the firm’s secretaries, Albert, comes by a few times a week to see what she’s working on and asks how it’s going.

While the interaction with their fellow office workers during the pandemic has been limited, the surroundings are nevertheless influencing the artists’ work. Segal said the view of cranes and skyscrapers stretching to the horizon means the visual themes of her work now feature more built structures and her work has become more vertical.

But the lawyers place no restrictions on what the artists create. Some of the new works in her office/studio feature silhouetted birds and a water park.

Ramirez, who hadn’t spent much time downtown because “parking was too expensive,” is drawing inspiration from the contrast he sees daily on his drive to the studio. He travels through some low-income neighborhoods and became interested in signs he saw that targeted poor people, inviting them to sell their homes or take on loans, signs he viewed as predatory.

He ripped them down and took them with him, bringing the reality of the streets into an office tower whose tenants, he imagines, rarely see such signs.

Ramirez is making them look.

“I wonder, do they care?” he said. “I wondered how to approach that with someone on the opposite end of the spectrum, especially financially.”

He expects the conclusions he draws will inform the art he is making in their midst.

Tue Nov 30 , 2021
If you’ve spent any time traveling around the globe, your burning lips are a testament that chili peppers have become a fixture of so many different cuisines. Chili peppers — from jalapeños to volcano-like habaneros — will not only dial up the excitement of nearly any dish they touch, but […] 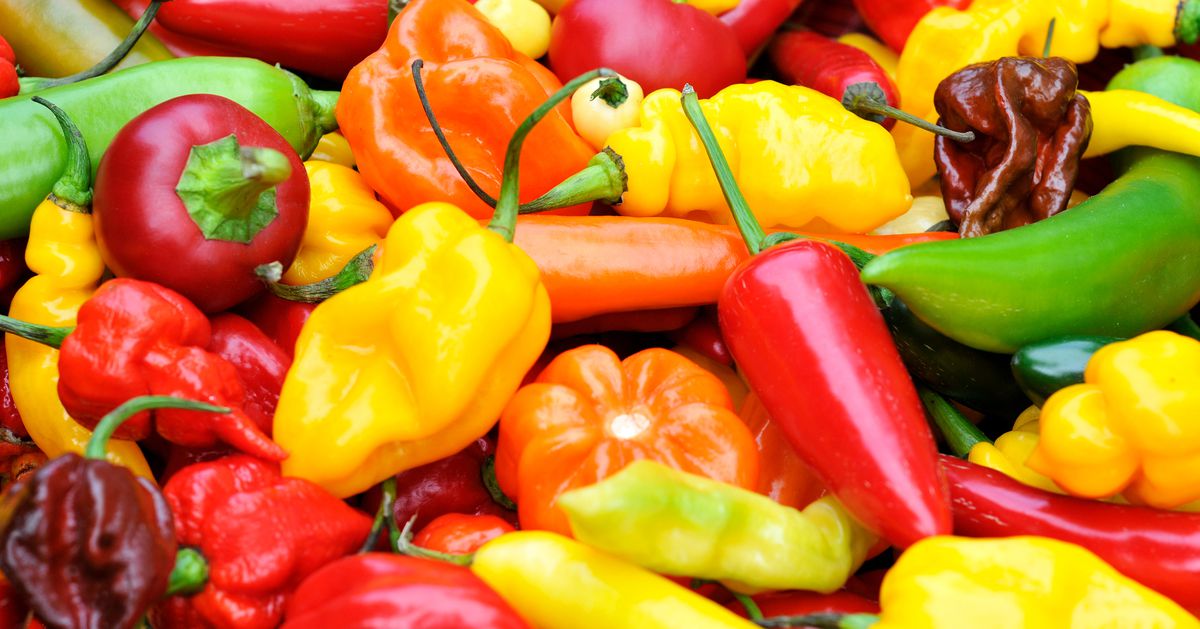