China Evergrande, the troubled property giant, made interest payments on at least two of its bonds on Wednesday, a company bondholder said, a sign that it yet again managed to head off default. Evergrande owed investors interest payments totaling nearly $150 million on three bonds, with the grace periods for […]

China Evergrande, the troubled property giant, made interest payments on at least two of its bonds on Wednesday, a company bondholder said, a sign that it yet again managed to head off default.

Evergrande owed investors interest payments totaling nearly $150 million on three bonds, with the grace periods for those payments set to expire on Wednesday. Missing them would have triggered a default that could ripple through the Chinese economy: With some $300 billion in debt outstanding, the company’s inability to pay its debt would potentially hurt banks, property developers, and even home buyers in the country.

Instead, the company has managed to leap from one deadline to the next, meeting its obligations at the last minute — but often without explaining how or even publicly disclosing that it had done so. The company has tried to sell off parts of its empire to raise enough cash.

In October, when Evergrande said it had scrapped its effort to sell a $2.6 billion stake in its property services company to another developer, the company warned in a Hong Kong securities filing that there was “no guarantee” it would be able to meet its financial obligations or negotiate an extension with its creditors.

On Wednesday, the company met its interest payment deadline for bonds that mature in 2022 and 2023, the company bondholder said, speaking on condition of anonymity to discuss the matter.

The person did not specify if a payment on the third bond had also been made, but Bloomberg News reported that obligations for all three bonds were met, citing a spokesman for a clearing house.

The company didn’t respond to a request for comment.

Although Evergrande has managed to avoid default so far, its troubles have already begun to weigh on other Chinese developers, with the government tightening controls on borrowing and investors retreating from the sector.

At least six Chinese property developers have defaulted on foreign bonds in recent weeks, rattling domestic financial markets and raising the cost of borrowing for all Chinese companies. Property prices are slowing and fewer people are buying apartments, worsening the outlook for real estate.

Evergrande’s challenges could spread outside of China as well, as they ripple through global financial markets. On Monday, the Federal Reserve said troubles in China’s property sector could threaten the United States.

“Given the size of China’s economy and financial system as well as its extensive trade linkages with the rest of the world, financial stresses in China could strain global financial markets through a deterioration of risk sentiment, pose risks to global economic growth, and affect the United States,” the Fed said in its twice-yearly update on the American financial system.

AAA Thanksgiving forecast: Travel expected to near pre-pandemic levels. Here's how to prepare

Sun Nov 14 , 2021
(CNN) — After hunkering down for the holidays in 2020, far more travelers are expected to be on the move this year. In the United States, AAA predicts travel for Thanksgiving will rebound to near pre-pandemic levels, with 53.4 million Americans expected to travel for the holiday — a 13% […] 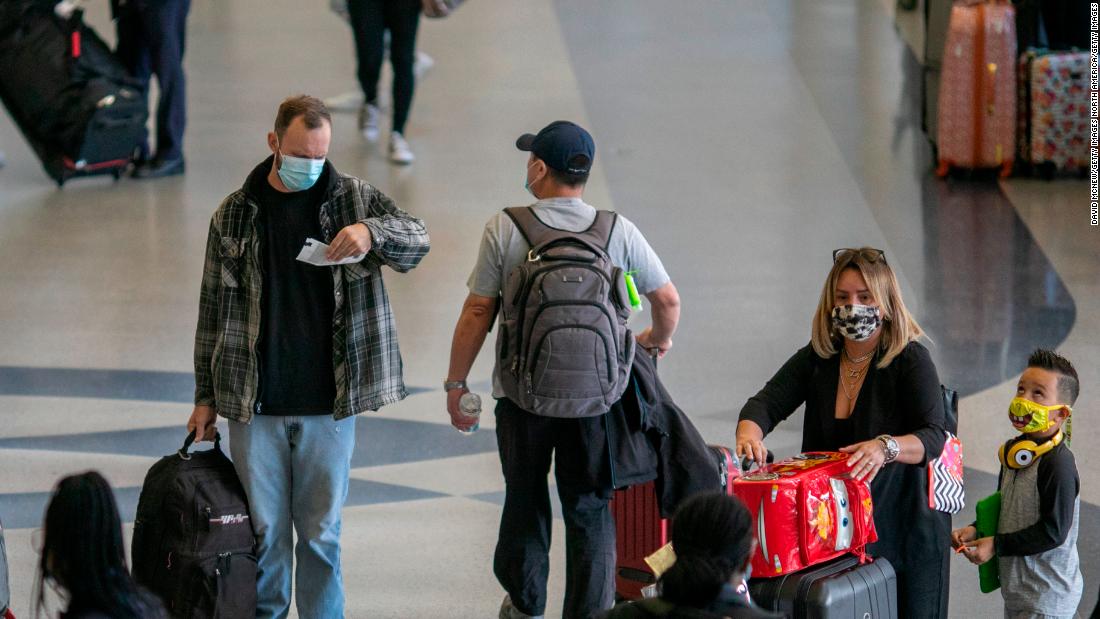