MEXICO CITY, Nov 3 (Reuters) – Industries from cement to mining are creating plans to cap and cut their planet-warming emissions, and many depend on a technology still in development: carbon capture.

The technology, however, is not yet widely available and is highly expensive.

The capacity of CCS projects grew 48% from 75 million tonnes per annum (mpta) at the end of 2020 to 111 mtpa by September, according to the Australia-based Global CCS Institute. Several groups see a need for billions of tonnes of storage by midcentury; Exxon Mobil Corp (XOM.N) expects a $2 trillion market by 2040.

Cement and concrete production accounts for about 8% of global CO2 emissions. Massive kilns that heat raw materials in order to make clinker, a key ingredient of cement, account for the majority of emissions.

The Global Cement and Concrete Association recently announced a road map to net-zero cement by 2050 and pledged 10 industrial-scale carbon capture plants by 2030.

Carbon capture technology is the “elephant in the room,” Fernando Gonzalez, chief executive of Mexico’s Cemex, said in a company presentation this month, referring to the challenges around developing the technology.

The process of making iron and steel is energy and carbon intensive due to the use of fossil fuels like coal to power blast furnaces, and output has grown in recent years.

To hit emissions targets, 75% of CO2 produced globally by the sector needs to be captured, according to the World Steel Association. That equates to 14 steel plants with CCS technology built every year from 2030 to 2070. Currently, the world has only one large-scale iron and steel facility with CCS.

ArcelorMittal (MT.LU), one of the world’s largest steelmakers, signed a Memorandum of Understanding this year with Air Liquide, a France-based industrial gases company, to develop carbon capture technologies with the aim of producing low-carbon steel at its Dunkirk site.

Until recently, capturing carbon produced by fossil fuels and injecting it underground has largely been a means to squeeze more oil from aging wells. There are several proposals to build CCS hubs, but few have gone beyond the development stage.

Now, numerous large energy companies are incorporating CCS into their plans for reducing emissions, but the lack of carbon trading markets or tax incentives to make the investment worthwhile has held back U.S. development.

Occidental Petroleum (OXY.N) is currently developing with private equity firm Rusheen Capital Management a Direct Air Capture facility in Texas that would pull about 1 million metric tons of CO2 annually from the air – using fans and chemical reactions. Occidental created a business, 1PointFive, to build a demonstration unit and sell direct carbon capture facilities to others.

Parts of the mining industry see carbon capture and storage as a way to reduce emissions at coal-fired power plants, the main source of electricity in mining hub Australia. Some mining companies are also studying ways to replace natural gas in operations with hydrogen, which does not produce carbon emissions when burned.

The Minerals Council of Australia called hydrogen production and CCS “critically important technologies” for a country that gets about 65% of its electricity from coal. Gassified coal also can be used to produce hydrogen.

Rio Tinto Ltd , one of the world’s largest mining companies, in October said it would invest $4 million into privately held Carbon Capture Inc, which is developing technology to suck carbon dioxide out of the atmosphere and chemically bind it – and thus permanently store it – to rocks. If the technology works at a large scale, it could allow Rio to market copper and other electric vehicles minerals it produces as carbon neutral.

Thu Nov 4 , 2021
The state included a coronavirus vaccine among the required vaccinations in a regulation issued in August, setting a deadline of Oct. 29. Several health care workers sued, saying the requirement violated their constitutional right to the free exercise of religion. Judge Jon D. Levy of the Federal District Court in […] 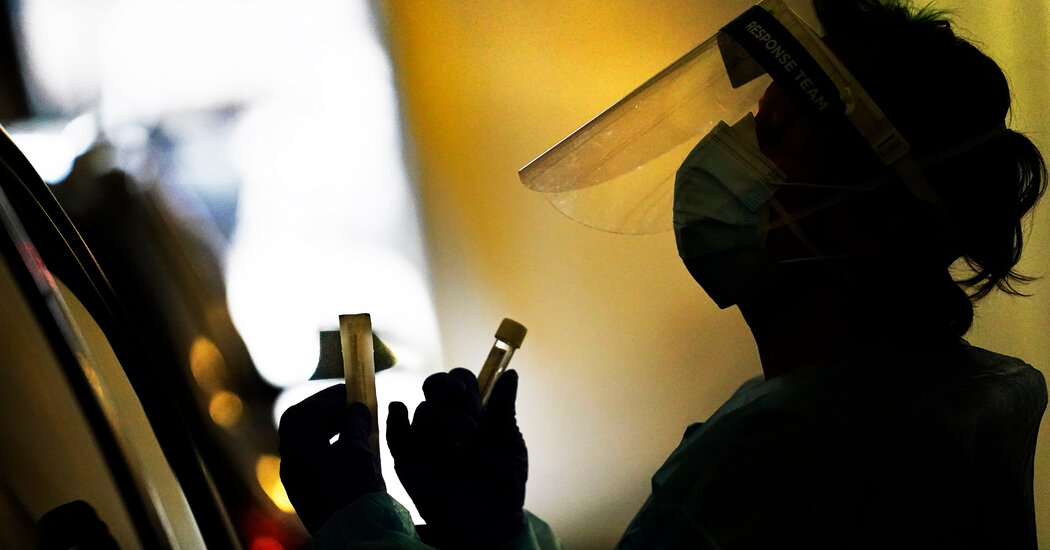