THIS WEEK: The Air Force golf team travels north on I-25 for the annual Mark Simpson Colorado Invitational, Sept. 27-28, at the Colorado National Golf Club in Erie, Colo.  Live stats will be available on www.golfstat.com.

THE FIELD: Along with Air Force and the host school, Colorado, the 18-team field includes

ABOUT THE TOURNAMENT: The 54-hole tournament will be played at the par 72, 7,676-yard
Colorado National Golf Club in Erie, Colo. Golfers will play 36 holes in a shotgun start on Monday at 8:15 am MT. Tuesday’s final round will begin at 8:10 am MT in a staggered shotgun format. The low four individual scores will determine the team scores for each round. The CNGC has hosted previous U.S. Amateur qualifiers, Colorado PGA Section championships, the 2011 NCAA Colorado Men’s Regional and the 2012 NCAA Women’s West Regional.

AIR FORCE AT THE MARK SIMPSON INVITATIONAL: Air Force returns to the Mark Simpson Invitational for the first time since 2017 when the Falcons tied their best-ever finish at the event. The Falcons’ 861 (-3) team score and sixth-place finish tied as its best ever in the CU Invitational. Utah and Colorado tied for the team title in the 19-team tournament, each shooting a 54-hole total of 842, 22-under par.  Bryant Falconello recorded his best tournament while at the Academy, carding a three-round total of 207, nine-under par. Falconello placed fourth among 107 individuals. Joseph Crisostomo tied for fifth overall with a seven-under 209.

LAST WEEK:  Freshman Cameron Kahle led the Falcons on the final day of the CSU Ram Masters, Sept. 21, at the Fort Collins (Colo.) Country Club. Playing his first collegiate tournament in team competition, Kahle made four birdies en route to a 74 in the final round. His 238 over the 54-hole tournament also led the Falcons. In his final round, Kahle birdied all three par 5’s on the day.  Weather conditions on the first day (36 holes) increased scores by 30 strokes over past tournaments at the FCCC. With more favorable weather conditions than the first day, Air Force shot a 303, the team’s best round of the tournament and second best of the season. Air Force placed 14th with a three-round total of 957, passing Northern Iowa in the final round. Colorado State, the host school, shot a 275 (-5) in the final round to win the tournament with a three-round score of 901. Air Force sophomore Aaron Kuznik shot 77 on the final day and 239 in the tournament. Junior Isaac Layne shot 75 on the final day and came in at 241. Freshman Christopher Park (242) and senior Jonathan Farmer (248) rounded out the Falcon lineup. Two Falcons played as individuals with senior Luke Trujillo finishing at 247 and sophomore Max Heupel at 268. 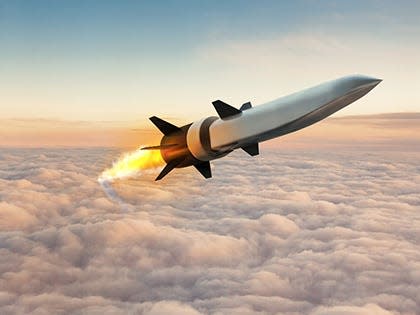