As Americans continue to spend big on home improvement projects, banks are seizing the opportunity — both by embracing organic loan growth and by acquiring lenders focused on the renovation niche.

In recent earnings calls, bankers expressed optimism that consumers will keep borrowing to upgrade their homes, which could provide a boost to lackluster consumer loan books. Many U.S. adults continue to spend more time in their homes as their employers stick with pandemic-induced work models.

Truist’s $2 billion acquisition of Florida-based Service Finance Co. is a reflection of the bank “skating to where the puck is going” and tapping into what the bank believes will be a lengthy growth phase for the sector, CEO William Rogers told analysts Friday.

Home remodeling activity is poised to remain high through at least mid-2022, Harvard University’s Joint Center for Housing Studies said in a study this summer. Though activity may dip in the winter, it is projected to remain above pre-pandemic levels and rise to a new peak of 8.6% annual growth in the second quarter of 2022, according to the study.

“I don’t really see it abating anytime soon,” said Vince Passione, the founder and CEO of LendKey, which works with banks and credit unions to make home improvement loans.

Recent trends in the housing market have helped boost remodeling activity, as some homeowners make repairs to prepare for a sale, and others decide to renovate rather than buy a new and more expensive house.

Rising home values have also allowed homeowners to tap into their equity to pay for renovation projects, said Rutger van Faassen, a retail banking analyst at the firm Curinos.

Synchrony Financial, a $92 billion-asset bank whose roots stem from financing General Electric appliances, has been among the beneficiaries of the renovation boom.

Stamford, Connecticut-based Synchrony offers credit cards and promotional financing on behalf of retailers like Lowe’s and Ashley HomeStore, but it also lends through a network of more than 60,000 merchants and has a credit card specifically designated for home-related purchases.

Purchases in the company’s home and auto division rose by 10.4% in the third quarter compared to last year, with home-related purchases driving much of the growth. In an interview, Synchrony Chief Financial Officer Brian Wenzel said the bank has “not seen any pullback” in demand. He highlighted the company’s investments in technology as a driver of growth.

Contractors can now close sales entirely through their iPads or through customers’ phones, eliminating the need for paperwork. “It makes the process incredibly easy,” Wenzel said.

The three recent bank deals for home improvement lenders were motivated in part by the sellers’ point-of-sale loan technology and their existing networks of contractors.

“We think it would’ve taken us close to 10 years to develop a similar network,” Solomon said. He added that the deal will bring “very, very high-quality” borrowers — homeowners with higher credit scores — into the bank’s ecosystem.

Birmingham, Alabama-based Regions said on Oct. 1 that it has closed its acquisition of the home improvement lender EnerBank USA. The deal will help Regions offer “new options to finance upgrades people are making to their homes,” Scott Peters, Regions’ head of consumer banking, said in a press release.

Banks’ recent interest in companies that focus on home improvement loans reflects borrowers’ desire to take care of financing immediately, said van Faassen, the Curinos analyst. He said that homeowners “don’t have the patience anymore” to wait for banks to process more traditional loans. That is particularly true with home equity loans, where processing can last several weeks, he added.

“People are not willing to wait that long,” van Faassen said. “We’re now used to Amazon delivering us stuff the next day.”

Tue Oct 26 , 2021
By Elizabeth Brannon Fall is a great time for the arts in Flower Mound. In addition to the traditional events like Art Party, the Cross Timbers Artists Guild Tour and performances from local arts groups, this year creative arts and crafts have a new public laboratory. Best of all, this […] 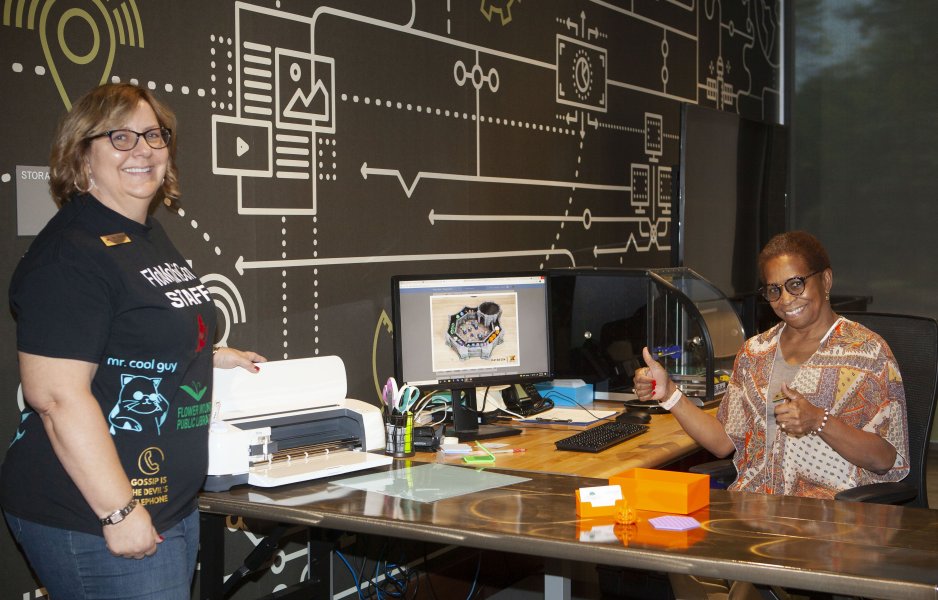