Health officials are discouraged with the rising COVID cases in Chautauqua County and want to see more people wearing masks.

During the county Board of Health meeting, Christine Schuyler, public health director and commissioner of Social Services, said cases right now haven’t been this high since January and she envisions it getting worse.

“It seems to me like we’re facing a perfect COVID-19 storm. The delta strain is much more contagious than last year’s original strain. Vaccine immunity seems to be waning for those vaccinated six months ago. Fewer people are wearing masks. More people are gathering indoors without social distancing and we have some areas with really low vaccination rates,” she said.

Friday morning Pfizer and Moderna announced the Food and Drug Administration’s decision allowing anyone 18 or older to choose either company’s booster six months after their last dose — regardless of which vaccine they had first. Later on Friday the Centers for Disease Control and Prevention gave its endorsement as well.

About 53% of Chautauqua County residents have been fully vaccinated. That number increases to 63.3% for adults 18 and up. Gov. Kathy Hochul announced on Thursday that statewide 80% of adults 18 and up are fully vaccinated. Schuyler said the delta strain is making herd immunity much more difficult. “When experts said early on that we needed about a 70% vaccination rate to reach herd immunity, that was when vaccines first came out. … That delta variant has hit really hard. Hence, now they say it’s more like a 90 to 95% vaccination or acquired immunity rate to get us near herd immunity,” she said.

Still, Schuyler said the vast majority of those in hospitals and deaths are from those who have not been vaccinated.

“The vaccine is doing its job. It’s job is to keep people from getting seriously ill and requiring needing to be hospitalized or suffering from the worst case scenario,” she said, referring to dying from COVID-19.

The county Board of Health passed a resolution encouraging all people in the county to wear masks indoors in public places, regardless of one’s vaccination status.

The resolution is in line with what is recommended by the Center for Disease Control for high transmission communities, like Chautauqua County. Members noted they can’t require mask wearing; that’s something the state can only mandate.

“With the disease amount that we have in our county and the number of people getting sick …. we have an obligation to make clear to folks how we think,” said Lillian Ney, president of the county Board of Health, who proposed the resolution.

Board member Dr. Robert Berke, said he, too, supports the recommendation of mask wearing and wants more people to get vaccinated.

“We are facing an extistential crisis in a sense, because we have a population, a third of which don’t even want to know about this, and don’t want to get vaccinated. They think it’s a joke or a hoax and they’re propogating this process,” he said.

Board member Mark McConnon said citizens have responsibility to get vaccinated.

“We have a civic responsibility to our fellow people. Getting vaccinated and doing the proper prevention is part of that,” he said.

Board member Mark Tarbrake said too many people are stubborn about the vaccine.

“I know some very intelligent people that just don’t like to be told what to do,” he said.

“It’s strange how the American population’s attitude has changed. Go back to smallpox, polio, chickenpox, measles, everybody was in — 100% percent, they got vaccinated. You can’t go to school unless you’ve had the MMR and nobody objects to that,” he said.


Today’s breaking news and more in your inbox

Sat Nov 20 , 2021
Trump tweeted on January 8 that he would skip Joe Biden’s inauguration. A new book says he made the announcement after learning of plans to disinvite him. Congressional leaders wanted to bar Trump from the event after the Capitol riot, the book said. Loading Something is loading. Then-President Donald Trump […] 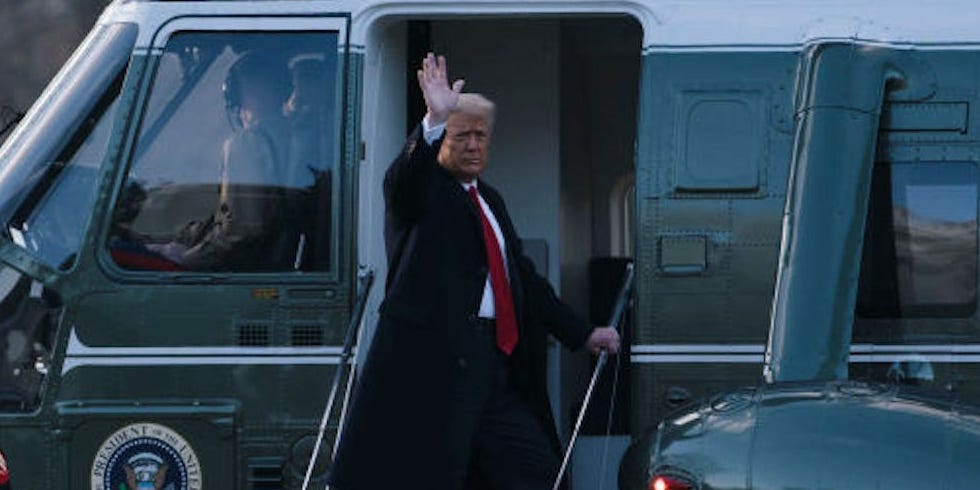