PORTLAND, Ore. (KOIN) — During a press conference Tuesday, Multnomah County health officials talked about the continued response to the pandemic and the omicron surge amid changing guidelines.

“We’re looking at this period of time, and specifically our recovery from COVID as a generation’s worth of work,” said Multnomah Public Health Director Jessica Guernsey.

Omicron is spreading so rapidly that health officials say masking and vaccinations must continue, along with staying home when sick. Guernsey noted the county doesn’t want to flip back-and-forth on guidelines, and these precautions will have the greatest impact on lowering infections.

“What we’re doing right now is looking very carefully at where we’re at, what tools do we have in our toolbox that we need to continue as we learn to live with COVID,” said Guernsey.

Health officials predict nearly half of Multnomah County’s population will be infected with omicron between mid-December and February.

Over the past five weeks, about 5% of the county’s positive COVID cases have been reported to Public Health, however, county epidemiologists say estimated case ascertainment suggests that only 1 out of 5 to 1 out of 10 cases end up getting tested.

Based on this estimation, county officials believe 25% of the population has been infected by omicron in the past five weeks, and in the next month or so 40 to 50% of the county will be infected.

Multnomah County health officer Dr. Jennifer Vines said the county is averaging 1,200 COVID cases per day, but it’s too early to say if the county has reached peak infection. Hospitalization rates are expected to lag behind infection rates.

“Globally, similar infection fractions are likely to be occurring, making the Omicron pandemic literally unprecedented in human history under such a compressed time scale,” according to Multnomah County epidemiologist.

In the most recent report from OHA, another 19,400 cases of COVID were confirmed in all but one of the state’s counties over a 3-day period.

But the OHA also said new COVID cases would likely see their peak by January 28 in the state, followed by hospitalizations peaking in early February. Recent data suggests that the once-steep upward trajectory of cases fueled by the highly contagious variant now seems to be flattening.

Health experts: Omicron will infect nearly half of MultCo

Thu Jan 27 , 2022
Tuesday is National Plan for Vacation Day and therefore the ideal time to start thinking about your next getaway. According to new data from the U.S. Travel Association, more than two-thirds (68 percent) of American workers say that they feel at least moderately burned out entering year three of the […] 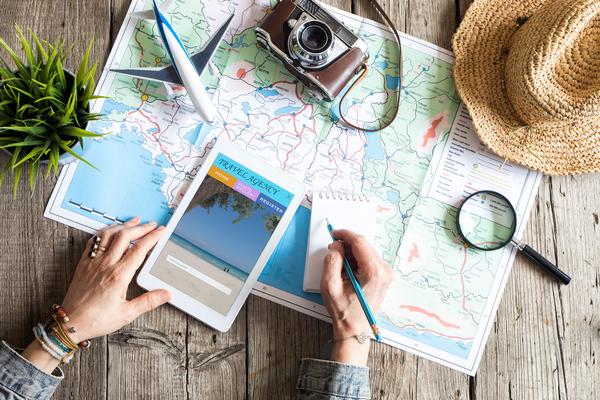