Business is ba-da-booming at Holsten’s, the Bloomfield, NJ confectionery that served as the setting for Tony Soprano’s last meal and the controversial “cut-to-black” climax of the iconic HBO series.

The buzz for “The Many Saints of Newark” movie prequel has diehard fans flocking to the old-school ice-cream parlor/restaurant, scarfing up souvenir “Sopranos” T-shirts and ordering onion rings like Tony did in the June 10, 2007 finale.

“I had to to sit in Tony’s booth, in Tony’s spot and I had to get the onion rings!” gushed uber-fan Joey Ruotolo, a 25-year-old Orange County, Calif., resident who hails from Lodi and was in town visiting family.

Ruotolo, who boasted he’s on his “13th run-through” of the hit HBO series (“I’m on Season Five”), devoured a burger Friday night with fellow fanatic, Dominic Peteroy, 35, of Teaneck. “I’m a fan of the burger, the fries. … everything is incredible. … I’m having the biggest fangirl moment ever,” Ruotolo quipped.

Ruotolo attended Wednesday night’s prequel premiere at The Beacon Theatre and agreed with The Post that the blood-soaked movie is to die for. Ruotolo and Peteroy felt like made men after being seated in the legendary booth, which sports an inoperable jukebox. Behind the jukebox, attached to the booth is a plaque that declares in bold, block letters: “THIS BOOTH RESERVED FOR THE SOPRANO FAMILY.”

“The magic is back! The customers are here, they are back!” rhapsodized Holsten’s manager Karl Schneider, 38.

Staffers and co-owner Chris Carley said the momentum has been building over the past six weeks due to the prequel promos and they expect a mob scene come Oct. 1, when “The Many Saints” opens in theaters and on HBO Max. T-shirts are “selling like hotcakes,” up to two dozen a day, Schneider said.

Server Stephanie Schneider, 39, the wife of manager Karl, said patrons pepper her with questions all day regarding the location of the infamous Soprano seating — middle row, third booth — and want her take on the evocative ending.

“I never give my opinion. It went to black to keep us all guessing and that’s the fun of it. Everyone has their own theory” on whether Tony lived or died, she said.

Holsten’s has another closeup in the prequel, but its role — like the first time around — is anybody’s guess. For the final episode, “they said they just wanted to shoot a scene. We just went along. We didn’t ask a lot of questions. And then we heard it was the final scene,” Carley said.

For “Many Saints,” film crews twice descended on Holsten’s, pre-pandemic and post-pandemic, for scenes outside and at the counter with Michael Gandolfini — the late James Gandolfini’s son, who plays young Tony — Carley said.

When Galdolfini died of a heart attack in Italy in June 2013, the proprietor paid a touching tribute to the late actor by placing a “Reserved” sign in the famous booth. The table “turned into a bit of a shrine” for two weeks. “People were leaving notes, pictures and stuff like that,” Carley said. He packed up the tributes, which were ultimately presented to Michael Gandolfini, who is an occasional customer, and “he was very taken back by it.”

As for the late James Gandolfini, who died way too young at 51, Carley called him, “Very, very friendly, willing to take pictures, an all-around nice guy.”

“It’s 14 years since the show ended and there’s still a great amount of interest,” Carley said. “People come in and they want to know which booth was it. They call up and they say they want to reserve the Soprano booth on Friday night. ‘It’s my friend, it’s his birthday and he’s a huge Sopranos fan.’ It’s kept a life of its own and the movie has just brought it back into the mainstream.”

“Of all the things they could have picked. … We are known for our ice cream,” Carley explained. “David Chase wanted a bowl of onion rings. That’s what he got. All of a sudden, instead of selling two cases a week of onion rings, we’re selling 12 cases a week.”

“People say, ‘What’s the greatest thing about Holsten’s? Is it the candy, the burgers, the ice cream?’ I say, no, it’s that door. You’re able to travel back in time. … This place is magic.”

Sun Sep 26 , 2021
COLLIERVILLE, Tenn. — A gunman who killed one person and wounded 14 others in a Tennessee grocery store worked at a sushi business at the store and was the son of refugees from Burma who had settled in Nashville, a family friend said Friday. The shooter was identified by police […] 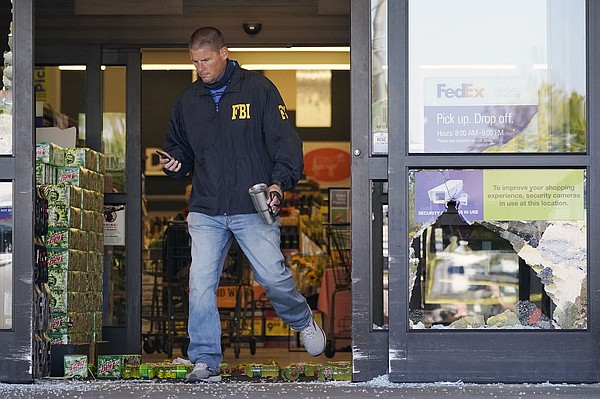