Fire Department Coffee: Strong enough for first responders, brewed for all of us

A Navy veteran and firefighter in Illinois who started his own coffee company has recently left the fire service to focus full-time on his successful brew business.

Luke Schneider, 37, a former firefighter for the city of Rockford, Illinois, launched Fire Department Coffee in 2016 with a 5-kilo roaster in a small space in a strip mall — and the company quickly took off.

Today, the company produces 6 million pounds of coffee a year. It has a fulfillment center that can ship more than 20,000 orders per day.

Since speaking to FOX Business in 2019, the company has been preparing to open its first brick-and-mortar cafe, having just signed a purchase agreement for a building.

“At that point, we didn’t really have a business plan. [We] were just doing it because we loved coffee.”

With all of its successes, Schneider said things have been busy. That’s why, earlier this year, he decided it was finally time for him to focus 100% on the company.

“It got to the point where I was really stretched,” Schneider said. “Every day there’s something going on.”

Schneider first started drinking coffee when he joined the Navy in 2004.

He continued doing so as a firefighter when he started in that role in 2009; he said it helped him stay alert while working long hours.

Schneider’s love of a good cup of joe is something he also had in common with Kate, his wife, whom he met before he joined the Rockford Fire Department.

The couple started roasting and selling their own coffee.

FOX TEAMS WITH US VETERAN-OWNED COMPANY THAT HELPS HOMELESS HEROES

“At that point, we didn’t really have a business plan,” Schneider said. “[We] were just doing it because we loved coffee.”

Still using the small roaster in the strip mall, Schneider said he was roasting coffee 24 hours a day, 7 days a week — for three months straight.

Schneider would even snooze at the roastery and was frantically recruiting other firefighters to take shifts on their time off, “just to keep up with the demand.”

There, it handled all aspects of the company, including roasting, shipping and customer service, Schneider said.

However, the company outgrew that space, too.

“I don’t know how I did it for so long … But in a short period of time, it’s really been nonstop.”

Fire Department Coffee has acquired two other buildings, one of which is the company’s fulfillment center.

NYC UKRAINIAN RESTAURANT SAYS BUSINESS IS UP 50%: ‘NEVER SEEN A JUMP LIKE THIS’

Along the way, Schneider said he’s been able to recruit mostly firefighters — either active or retired — to run Fire Department Coffee.

His partner, Jason Patton, has since become the vice president of the company and a part-owner. Schneider said Patton, who is also a firefighter, has done a lot for the company, including bolstering its social media presence.

As it has grown, Fire Department Coffee has developed ready-to-drink cans that will be released soon.

The company is also working with retailers, including some Albertsons grocery store locations and some Sam’s Club locations, to sell their products, according to Schneider.

Plus, the Fire Department Coffee café is expected to open as early as at the end of this year, Schneider told FOX Business.

Growing his business hasn’t been Schneider’s only priority. When he was preparing to launch Fire Department Coffee in 2016, Schneider said it was important for him to make sure his company “spoke to being a firefighter.”

“We didn’t want to use that firefighter brand or create a brand around the fire service and not do something more than just make great coffee,” Schneider said.

Schneider’s company continues to give 10% of net proceeds to the Fire Department Coffee Charitable Foundation. It supports other organizations that help first responders, too.

“We’ve really built that similar culture that you have in the fire service, very family-oriented, very mission-oriented.”

The main focus of the Fire Department Coffee Charitable Foundation is to help sick and injured firefighters and first responders; these individuals don’t have many resources, according to Schneider.

The foundation also works to build a community for sick and injured first responders.

“In the fire service, it’s like your home away from home,” Schneider said. “You spend a good amount of time at the fire station.”

However, when firefighters and first responders become ill or are injured, they don’t have the same access to that “home away from home” anymore.

“What we aim to do with the Fire Department Coffee Charitable Foundation is not only provide resources, but build a community [in which] we can connect the sick and injured first responders and be able to do activities with them and really create that family,” Schneider said.

He added, “That made it easier for me to step away from the fire department because at Fire Department Coffee, we’ve really built that similar culture that you have in the fire service, very family-oriented, very mission-oriented.”

Wed Apr 6 , 2022
Ukrainians waiting for trains to take them to Poland on February 26, 2022. AFP via Getty Images Europe is undergoing the biggest refugee crisis since World War 2, with more than 4 million people now having fled Ukraine in the past 40 days. Coupled with rising inflation, there is little […] 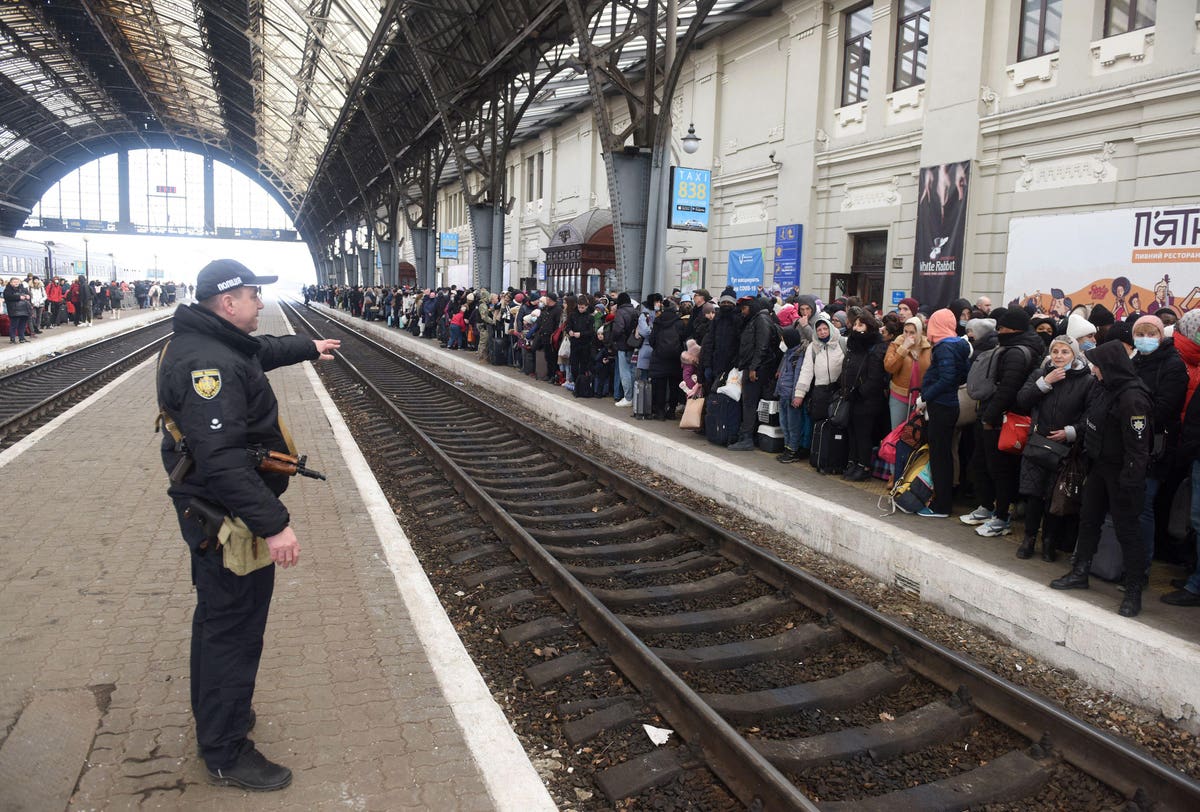