Dozens of vibrant sketches plaster the walls of Jennifer Ireland’s arts and fashion classroom at Indio High School. In one apparent homage to Roy Lichtenstein, a blonde woman embraces a square-jawed man with slick black hair. Next to it, a series of repeated portraits in hues of red and black could allude to Andy Warhol.

Perhaps some of Ireland’s students draw inspiration from famed artists. This spring, they are the source of inspiration for their high school and the city of Indio.

Six of Ireland’s students have been working weekends together for two months to design two custom pairs of Vans skate shoes in an effort to win money for their high school arts programs.

Vans High School Custom Culture was created to empower students to embrace their creativity through art and design and bring attention to diminishing arts education budgets. That’s a cause important to Ireland and Indio High School principal Derrick Lawson, who sets a discretionary art budget to use “where and when he can,” according to the Desert Sands Unified School District.

The Indio team’s designs have been selected among 50 national finalists, and the public has until May 6 to vote for the competition’s winners. One school will win a $50,000 grand prize and several others will win $15,000. People can vote online at customculture.vans.com.

If Indio High wins the competition, Ireland said she would like to use the money to purchase new digital equipment, stage field trips out of the valley and set up a scholarship for art students.

“We have students accepted into premier art schools, but they can’t afford to go,” Ireland said.

Their designs offer a romantic vision of Indio as the city of festivals, an apt moniker in the wake of three consecutive weekends of song and dance at the Coachella and Stagecoach music festivals.

One sneaker features the iconic festival sculptures, “Colossal Cacti,” by Andrew Kovacs. The seven bright and colorful cacti once appeared at the Coachella Valley Music and Arts Festival and now adorn downtown Indio.

Another sneaker depicts a hot air balloon soaring through an orange and baby blue sky over purple mountains (although it is nearby Cathedral City that hosts an annual hot air balloon fest). The heel of that shoe is painted in full-bodied shades of red and blue, Indio High School’s colors. The students also reference the date festival and the Coachella Valley’s emblematic palm tree.

The competition’s mission resonates with Ireland, a self-described introverted artist, who, after years of teaching high school, recognizes when an anxious teenager might feel more comfortable expressing themself through art than face-to-face with another person.

“When you’re an art kid, a lot of school doesn’t fit who you are,” Ireland said.

So, she treats her classroom like a sanctuary — a place where she encourages students to practice freedom of expression and to think outside the box — skills that are not necessarily nurtured by other elements of a public education system that heavily relies upon standardized tests scores based on standardized curriculum to measure student success.

“To be able to work on creative expression in a group is so important,” Lawson said. “We’ve shifted to a marketplace with a lot of collaborative skills, and the arts really aim at the development of those skills.”

Unlike a lot of school, Ireland says art is not about getting things right or wrong. But she does have a critical eye, and she has mastered the craft of gently imparting constructive feedback to young artists honing in on their creative voice.

During the design process, she marveled as apparently shy kids spoke up to advocate for their sketches, collaborate with teammates and fill blank canvases with splashes of color.

Turns out the kids aren’t shy at all.

“They’re not a quiet group when given room to be themselves,” Ireland said.

Initially the group’s designs were not gelling. They reiterated time and again. They knew they could do better.

“To have the strength to start over is a maturity that is pretty rare,” Ireland said.

At the beginning, freshman Alexa Lerma-Diaz said she was “terrified of joining” a team with upperclassmen. Then, another freshman, Betsabe Soria, gave her the encouragement she needed.

Despite her young age, Soria exudes a nonchalant confidence. When the group’s designs weren’t working, she said, “We stopped thinking about it, and it came together.”

That casual self-assurance rubbed off on Lerma-Diaz, who ended up spearheading the design of a palm oasis and whirring hummingbird featured prominently on one of the sneakers. The team also includes a third freshman, Ashley Cortes Torres, as well as juniors Victor Mariscal and Jose Ortiz-Patraca and senior Marlene Arriaga.

Nature played a big role in their designs.

The San Jacinto mountains are visible from a large window in Ireland’s classroom. As the team worked into many evenings, they studied the pastel hues of sunsets. The mountains’ earthen beiges and browns made their way onto the hometown pride shoes while cosmic blues and purples dominate the Vans culture pair.

“To see students who can conceptualize on this level is pretty incredible,” Ireland said.

Whatever happens next in the competition, the group is content with its work.

“It makes me happy we did all this in two months,” Mariscal said. “We created something that makes me really proud of what we did.”

Jonathan Horwitz covers education for The Desert Sun. Reach him at [email protected] or @Writes_Jonathan.

Thu May 5 , 2022
DENVER (KDVR) – May is mental health awareness month, which is why more than 300 teens, young adults and parents all pounced at the opportunity to explore a variety of mental health coping mechanisms at the first-of-its-kind summit, the focus of which was to address the growing mental health crisis […] 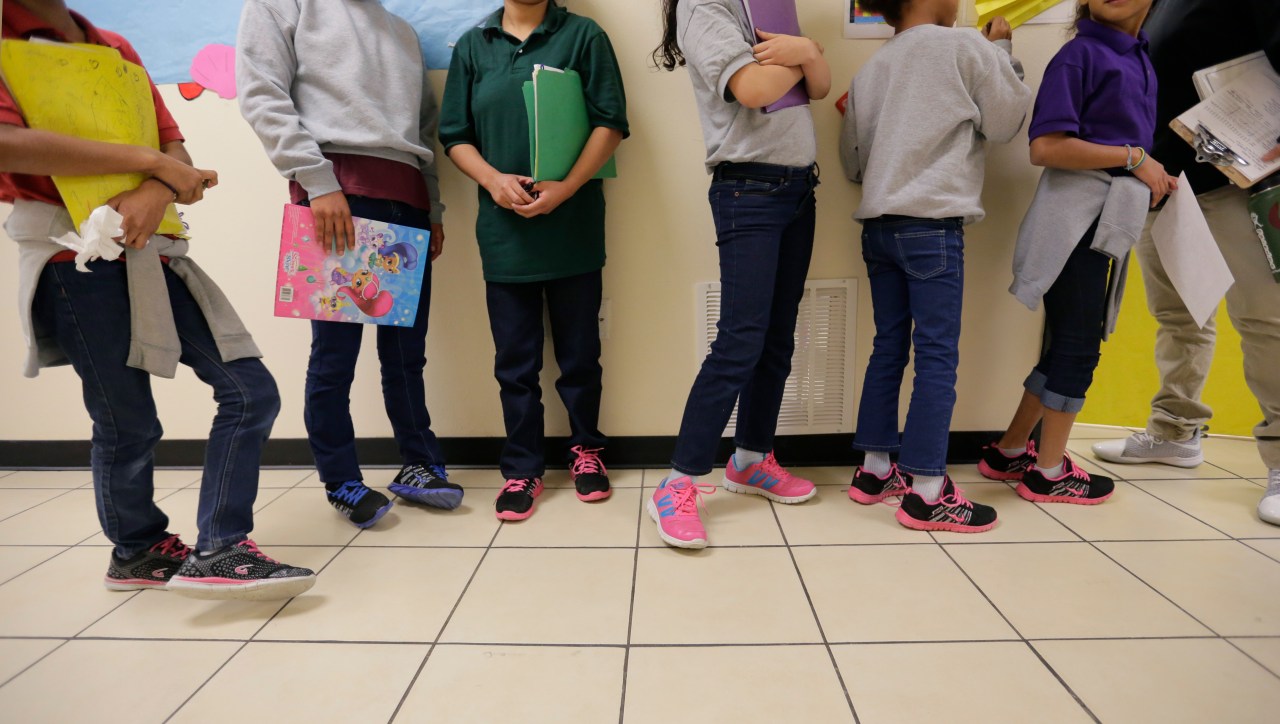