Less than a day after deciding to bring Kyrie Irving back as a part-time player, the Brooklyn Nets saw their roster become further decimated with Kevin Durant and Irving entering the NBA’s health and safety protocols on Saturday.

The Nets’ roster has been crushed by COVID-19, with 10 players now in protocols, including Durant, Irving, James Harden and LaMarcus Aldridge. Brooklyn also will be without center Nic Claxton (wrist soreness) against the Orlando Magic on Saturday. The Nets play the Denver Nuggets on Sunday as part of a home back-to-back.

Nets general manager Sean Marks said the decision to bring Irving back, reversing course after deciding on Oct. 12 that the team would not have him as a part-time player but would welcome him back when he complied with New York City’s vaccine mandate, was prompted by the current circumstances that have ravaged the Nets’ roster.

“The overall environment has changed as we’ve all known, drastically,” Marks said before Saturday’s game against the Magic. “I walked to the arena today, and there’s several lines out there for COVID testing, and there’s 200, 300 people waiting in line to be tested. So the environment’s changed. COVID has done a number on the team and on society in general, so that’s certainly changed. Managing our overall player load, that’s something we’ve gotta be aware of throughout the course of this season. We’ve seen large minutes that our guys have had to endure and play, and we’ve gotta look at what’s best for the team over the course of the season.”

Marks said he has not spoken to Irving yet about whether the point guard is open to getting vaccinated down the road now that he is rejoining the team.

“I have not talked to Kyrie about vaccination status,” Marks said. “I don’t think that’s been appropriate right now. The times I’ve gone to see him, these are about forming bonds and forming friendships and having conversations about the family, sometimes basketball and so forth. Like sometimes, Steve [Nash] has mentioned in the past that he’s talked [to Irving], but they never really talk about basketball, you know? We’re trying to continue that camaraderie and so forth.

For a player to be cleared from the protocols, he must return two negative tests 24 hours apart.

Irving, though, will have to wait before he can make his season debut. Before entering health and safety protocols, Irving had to return negative COVID-19 test results on five consecutive days before he could join the team because he is unvaccinated. And then he has to ramp back up to game conditioning.

“Everyone’s case is quite different,” Marks said when asked what kind of hurdles Irving has to pass before returning. “It’s affecting everybody differently, whether they have had vaccines, not been vaccinated, had booster shots, and to be quite frank, which variant they caught. So it’s a tricky one.”

Whenever Irving is cleared to return, he can play with the team only on the road due to his unvaccinated status. New York City’s vaccine mandate does not allow Irving to play at Barclays Center or Madison Square Garden, home of the New York Knicks. Also, Irving currently is ineligible to play on March 1 at Toronto because travel for unvaccinated players across the border into Canada will be prohibited starting in January.

Brooklyn has two road games at the Knicks remaining. That would leave 24 road games in which Irving would be eligible to play, if he is cleared.

Irving has not been with the team on a regular basis since the first week of training camp in San Diego in late September to early October. Nets owner Joe Tsai, Marks and the team made a collaborative decision in the preseason to have Irving be away from the team and not be a part-time player and a potential distraction.

Nash was asked about the concern of bringing an unvaccinated Irving back onto the floor.

“It’s something to consider,” Nash said. “Having said that, he’s a young man in great health. … The odds of him having something catastrophic happen are small. But yeah, this virus concerns me in every corner and aspect of its short life so far. That’s a concern, but it’s also a concern for the vaccinated. So it’s just something we’re having to live with in our world these days. And so we’ll proceed and do the best we can to protect and care for everyone.”

Marks says the Nets have not seen Irving on the floor yet to determine what kind of shape he is in. Marks said he assumes Irving is in good shape but will still have to ramp up once he is cleared.

Durant had to shoulder a massive load leading up to when he entered health and safety protocols. The league’s top scorer at 29.7 points per game, Durant also is among the league leaders in minutes per game at 37.0, the most minutes he has averaged in eight years, since he averaged 38.5 minutes per game during the 2013-14 season. Durant was averaging 41.1 minutes per game in his past nine games and had already been ruled out for Saturday’s game due to ankle soreness prior to entering protocols.

“I think our objective here is to win,” Marks said of the change in thinking in bringing Irving back. “Our objective from an organization, from a team, from the GM, from the coach, from the players, everyone knows what they’re here is to win basketball games. And at the end of the day, we’re sitting here faced with a roster that has been decimated over the course of the last several days. And I’m forced to make decisions and I don’t make those decisions by myself … but in essence this is the best decision for this team at this juncture right now with what we’re dealing with.”

Forward Paul Millsap entered the protocols Monday and was followed by Aldridge, James Johnson, DeAndre’ Bembry and Jevon Carter on Tuesday morning. They were joined Tuesday evening by Harden and Bruce Brown.

On Saturday, Durant, Irving and then Day’Ron Sharpe entered the health and safety protocols.

This is not the first time Durant has been in the league’s protocols for COVID-19. He tested positive in March 2020 during the season he sat out while recovering from a ruptured Achilles tendon. Last season, he was deemed to be a close contact of someone who had tested positive and had to miss four games while he was placed in a seven-day quarantine.

The Nets will have to wait for an undetermined time before they will be able to see their Big Three back on the floor again. They head to the West Coast on Wednesday to play at Portland on Dec. 23 followed by their Christmas game at the Los Angeles Lakers and then a game on Dec. 27 at the LA Clippers.

“We are just facing so many unknowns, so many variables right now,” Nash said when asked how the plan might work with a part-time Irving come playoff time. “The first one is that we decided to incorporate Kyrie. We will work on incorporating him on the court, off the court, all those different variables.

Wed Dec 22 , 2021
The new chief information officer of Farmers Business Network Inc.—a company that runs an Amazon.com -like platform for farmers to buy supplies from seed to pesticides—plans to use data to sharpen the insights it offers farmers, as well as bring more of them to the site and keep them coming […] 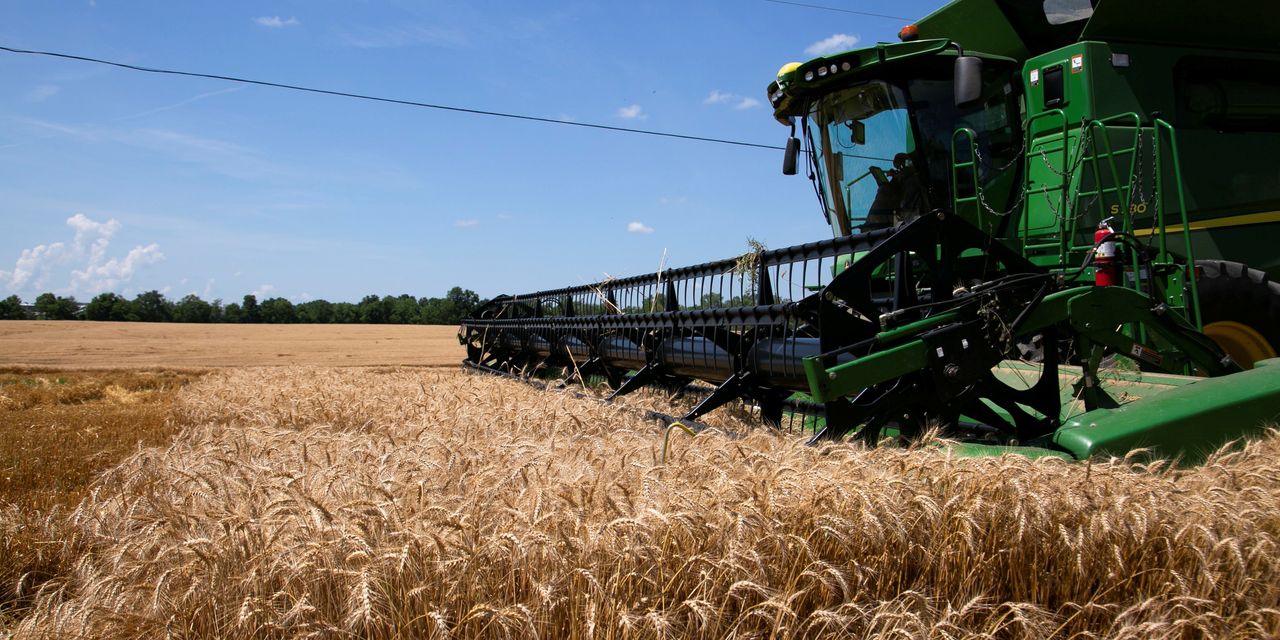