Koenigsegg came up with its own design for the electric powertrain in the Gemera hybrid hypercar. Founder Christian von Koenigsegg is a fan of electric cars, and as CEO of the automaker that bears his name, he has dedicated over half of the company’s research and development budget toward designing, […]

Koenigsegg came up with its own design for the electric powertrain in the Gemera hybrid hypercar. Founder Christian von Koenigsegg is a fan of electric cars, and as CEO of the automaker that bears his name, he has dedicated over half of the company’s research and development budget toward designing, developing and producing EV systems. The electric half of the Gemera’s 1700-hp hybrid powertrain is pretty outrageous—and might I remind you, the internal-combustion half is made up of a twin-turbo three-cylinder engine with no camshafts and a single-gear transmission called Koenigsegg Direct Drive.

At the heart of the Gemera’s electrified drivetrain are some in-house-designed components that, the company says, are the most power- and energy-dense examples on earth. Here’s how Koenigsegg turns electrons into acceleration.

Every electric vehicle is controlled by an inverter, the component that takes the direct-current energy coming out of a battery and changes it to the alternating current that powers the motors. The inverter dictates how an EV performs: When the driver moves the accelerator pedal, it sends a signal to the inverter. The inverter controls the motor’s speed by changing the frequency of the alternating current, and adjusts power and torque by controlling the amplitude of the current. Thus, the inverter can end up being the limiting factor in an EVs power output and acceleration capability.

Koenigsegg’s new silicon carbide, six-phase inverter weighs just 22 pounds. With a volume of around 10 liters, it’s extremely compact. At 850 volts DC, the inverter can produce up to 750 kW of motor power. Hence the name that Koenigsegg chose for this component: David, after the small but victorious contender in the well-known biblical tale.

The Gemera has two of these inverters, meaning an output capability of up to 1.5 megawatts—or just over 2000 hp.

Koenigsegg’s “David” inverter, shown with a 12-oz beverage can for size comparison.

One David inverter can either run two motors independently, or a single motor up to the full 750 kW. The inverter was developed to meet aerospace standards for harsh environments, meaning fully-sealed housings and standardized quick-connectors. Koenigsegg has even developed a version that’s built into the company’s electric motor unit, which means less physical volume and fewer cables.

“We are going to release some very cool stuff we are now doing for the Gemera,” von Koenigsegg told Road & Track. “We are developing in-house the world’s most power- and energy-dense inverter, most power- and torque-dense electric motors, transmissions for them, and our in-house-developed battery packs, control systems and everything else. These are at the highest levels I’ve ever seen, and we’ve been working in stealth mode on this for a couple of years now, and it’s very exciting to show them to the public.”

Clearly, von Koenigsegg is excited by EV technology. For years, his daily drivers have all been Teslas. “I’m on my second Model S, which is a P85D Ludicrous Plus. A bit of a special one, a few years old,” he said. “Then I have a Model 3 Performance, and I also have the Plaid on order. I also ordered the Cybertruck, but from what I understand, it may not come to Europe. Oh, and I also ordered the new Roadster of course. Basically, what I haven’t ordered is the [Model] Y and the [Model] X.”

He also owns an extremely rare first-generation Tesla Roadster—a 2010 Signature One Hundred, number 007 out of 100 built. It’s out of commission at the moment, being thoroughly examined by the team behind Koenigsegg’s ultra-powerful EV systems.

“I’m doing a little bit of a restomod,” von Koenigsegg said. “They have this new, improved battery pack, and then I’m cleaning up the interior slightly, things like that. I actually bought the Roadster when we were just starting the Regera program, with 800-volt electrification. Everybody here was like, oh, that’s super dangerous. And of course, it is. You have to watch out, pay attention.”

Von Koenigsegg wanted to get his hands on a production EV that had been in traffic for a few years, with a known safety history, as an example for his team. “The Roadster actually has a good safety record in terms of not creating any wild scenarios,” he said. “So we took it here and started looking at it.” While the Koenigsegg crew decided not to directly copy any of Tesla’s electrical safety systems, the Roadster provided a good example of the current state of the art. “We did not use it as a benchmark for our [our system] should look, but more for what actually works in reality, and how much better we can try to make it,” von Koenigsegg said.

Today, the last few examples of the Koenigsegg Regera plug-in hybrid hypercar are being completed at the factory in Sweden. When this car was being developed back in 2015, von Koenigsegg turned to a young Croatian entrepreneur for high-performance EV parts: Mate Rimac. Von Koenigsegg had been a mentor to Rimac for years, guiding the electric car innovator on matters like structural composites and low-volume vehicle production. In turn, Rimac helped Koenigsegg on battery development, and even supplied some welded assemblies for Koenigsegg production.

Mate Rimac has found huge success, with investment from Porsche and Volkswagen and, more recently, a merger with Bugatti to form Bugatti Rimac. Von Koenigsegg is duly impressed by his protege’s rise. “First of all, what a journey! I mean, three or four years ago, nobody would have believed this could happen,” von Koenigsegg said. “People would have said it’s impossible, or insane. It’s a different mindset nowadays, regarding what’s possible. It’s more or less endless, which is amazing.”

With Rimac now focused on its future with Bugatti, von Koenigsegg decided to handle his electrification projects in-house. He founded HV Systems, a standalone company within Koenigsegg focused on high-performance electrification, handling development and production of EV components. Now, von Koenigsegg is eager to embark on some mixing and matching of internal-combustion and EV technologies, all in the name of ultimate speed.

“I’m very excited by electrification,” he said. “I think it’s super interesting what’s happening in the world, and for the normal car scene, it’s an absolute environmental benefit. I would say a standard passenger car gets better when it gets electrified, as long as you have sufficient range for your needs, and enough fast chargers are available. I drive my Tesla more or less every day, and it’s perfect for that.”

But von Koenigsegg thinks the fully-electrified future of performance cars is still a ways off. “It’s just not as emotionally exciting,” he said. “And for the time being, EVs are also heavier. So for a sports car, it just doesn’t do it fully for me, which is why we did the Regera where we mixed and matched, keeping the weight down but with electrifying response.”

Remember that, on top of components like that David inverter, Koenigsegg is also advancing cutting-edge technology in the realm of internal combustion—like the Tiny Friendly Giant, the 2.0-liter twin-turbo three-cylinder that makes 600 horsepower, a higher power-per-liter output than any road-car engine in history. It will pair with the EV technology in the Gemera to add up to 1700 hybrid horsepower. Clearly, von Koenigsegg has enthusiasm for internal combustion and EVs alike.

“I’m not for or against electrification,” he said. “Same for combustion engines. We push frontiers, mix and match, whatever makes sense. We will see where the world is going, what we will be allowed to do, and what we can use these technologies for.” He points out the small, torquey electric motors his company has developed, along with the lightweight and compact David inverter. “These we are happy to share with others, even though they are probably too expensive for normal passenger cars. We didn’t make them cheap—we made them small, light and powerful.”

It’s an exciting time at Koenigsegg. The company is expanding its factory, building a new “experience center” for customers and media. The last Regeras are being built, and the Jesko production line has just fired up. There’s a new warehouse and pre-assembly plant a few minutes away from the original campus. The company now has just over 500 employees, a number that keeps growing. Koenigsegg has the fastest-revving production-car engine, the most power-dense piston engine ever installed in a road car, and EV technology to bring the company well into the future. We can’t wait to see what’s next.

This content is created and maintained by a third party, and imported onto this page to help users provide their email addresses. You may be able to find more information about this and similar content at piano.io 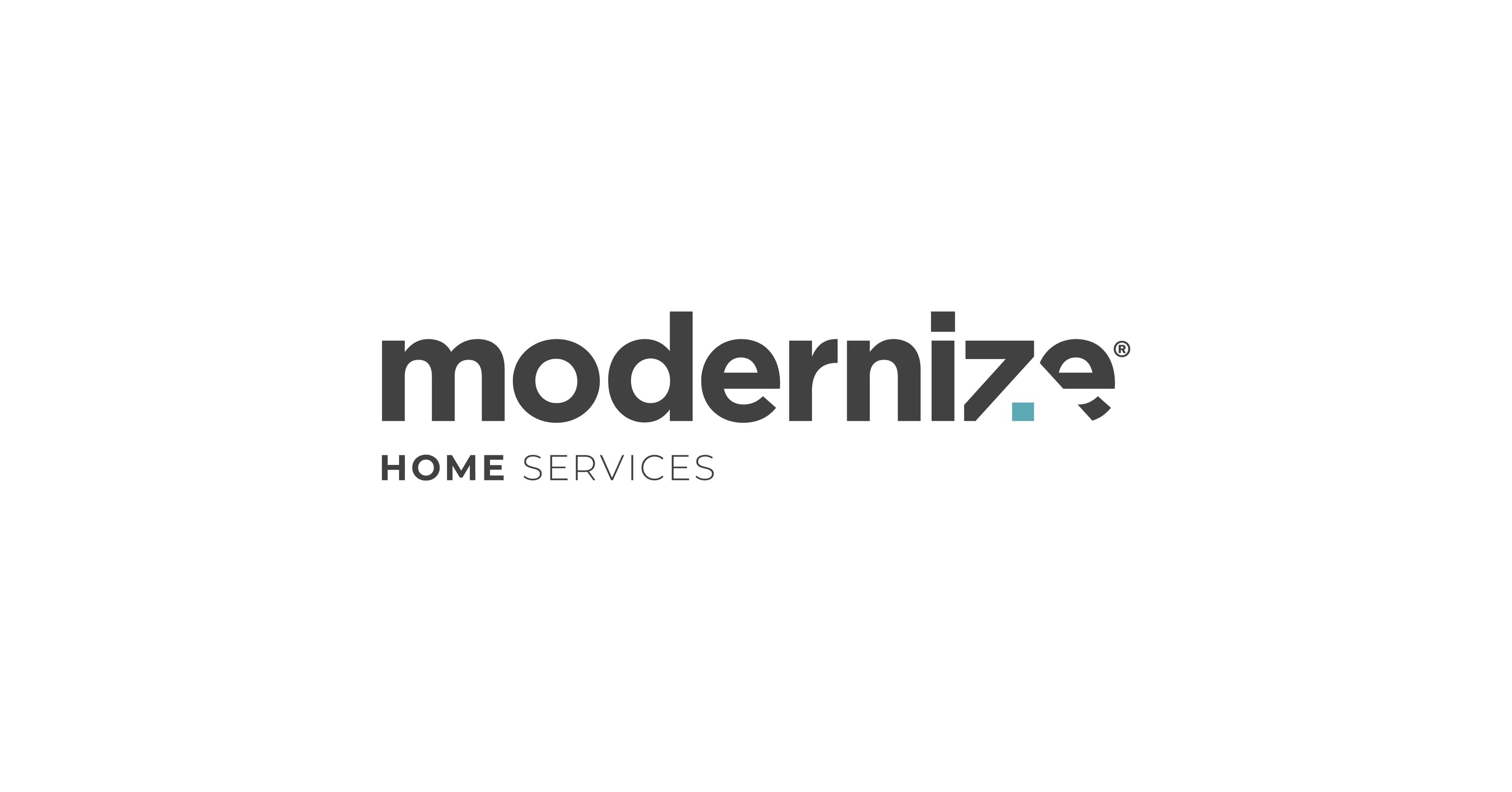