The number seven comes with a lot of biblical baggage. God, the Book of Genesis tells us, took seven days to create the world. (Six, really; the Almighty rested on the seventh day.) Pharaoh dreamed of seven years of plenty followed by seven years of famine, and so forth. It […]

The number seven comes with a lot of biblical baggage. God, the Book of Genesis tells us, took seven days to create the world. (Six, really; the Almighty rested on the seventh day.) Pharaoh dreamed of seven years of plenty followed by seven years of famine, and so forth.

It seems appropriate, then, that it took artist and Eau Claire native Samuel Robertson seven years to illustrate the Old Testament. The recently completed project – with 257 vividly offbeat paintings across 520 pages – will be published in June 2022 by 11:11 Press of Minneapolis. 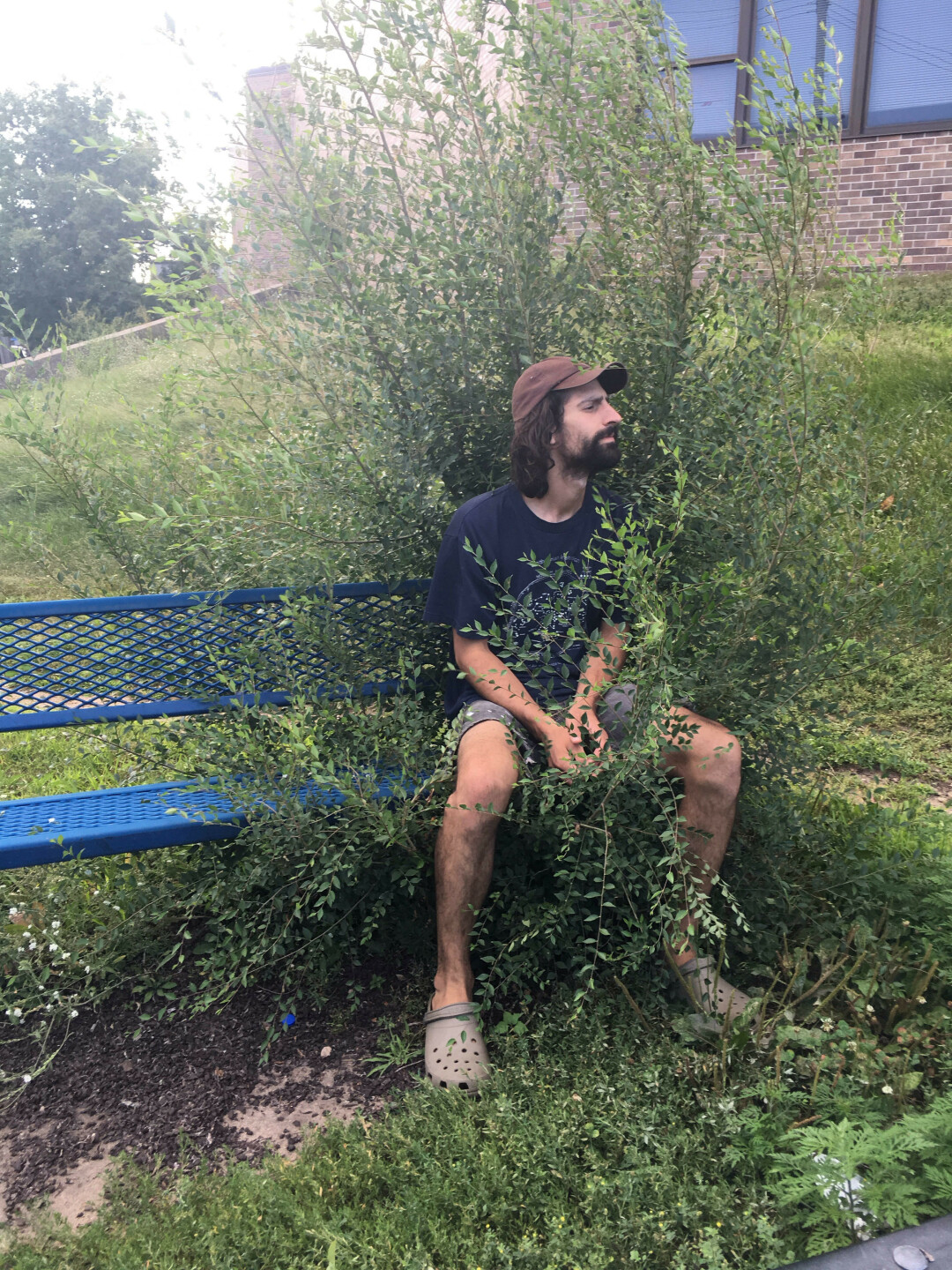 Robertson, a graduate of Eau Claire Memorial High School, received his BFA in sculpture from the University of Minnesota in 2010. After that, he explains, he bounced around artistically: making music, writing, and painting. In 2014, he struck upon the idea of illustrating a book, preferably one with a built-in following. Ultimately, he decided, the Old Testament of the Bible fit the bill: It’s a rich text that’s inspired centuries of art, plus it’s got a fan base that’s second to none.

So Robertson began painting, primarily using latex paint and micron pens on watercolor paper. The word “surreal” comes to mind when describing his style. Traditional biblical settings are replaced with Americana: A colorful cowboy cavorts in a leotard. Swimsuited men and women revel while their pontoon sinks in a storm. A mustached surgeon dissects a pizza. 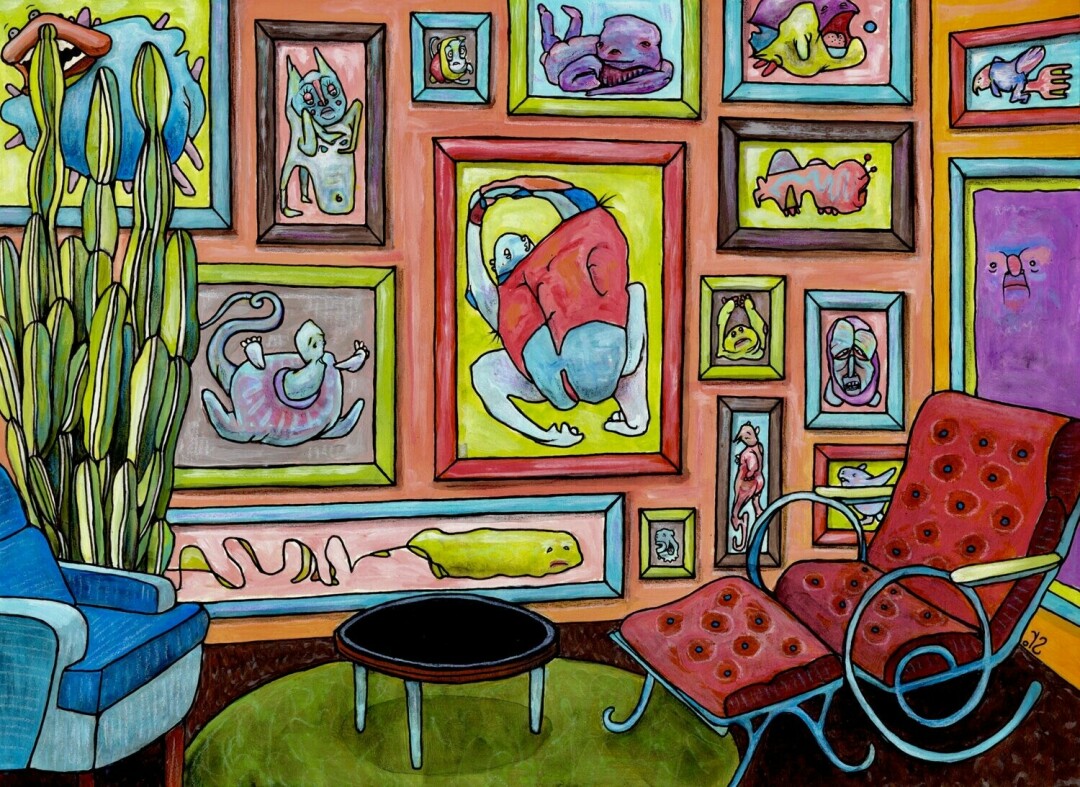 Robertson says his style isn’t exactly “pop art or hyperrealism or surrealism or comic book art.” Instead, he says, “I strive for a fine-tuned flexible style that can walk the line of realism, impressionism, and cartoonishness while always being experimental.”

Oddly enough, it’s a good fit for the words of the Old Testament, which can be layered, confusing, and downright weird. “I wasn’t going into it to highlight either the glories of it or to poke fun at it,” Robertson says. “In a lot of the passages of violent depictions, I would be drawn to the doom and gloom. Other times, it was kind of funny phrases or things that I thought would inspire a picture.”

Now that the artwork has been completed, Robertson is encouraging people to preorder the book, which will fund its printing. The Illustrated Old Testament is available for preorder online for $115 at 1111press.com/oldtestament. 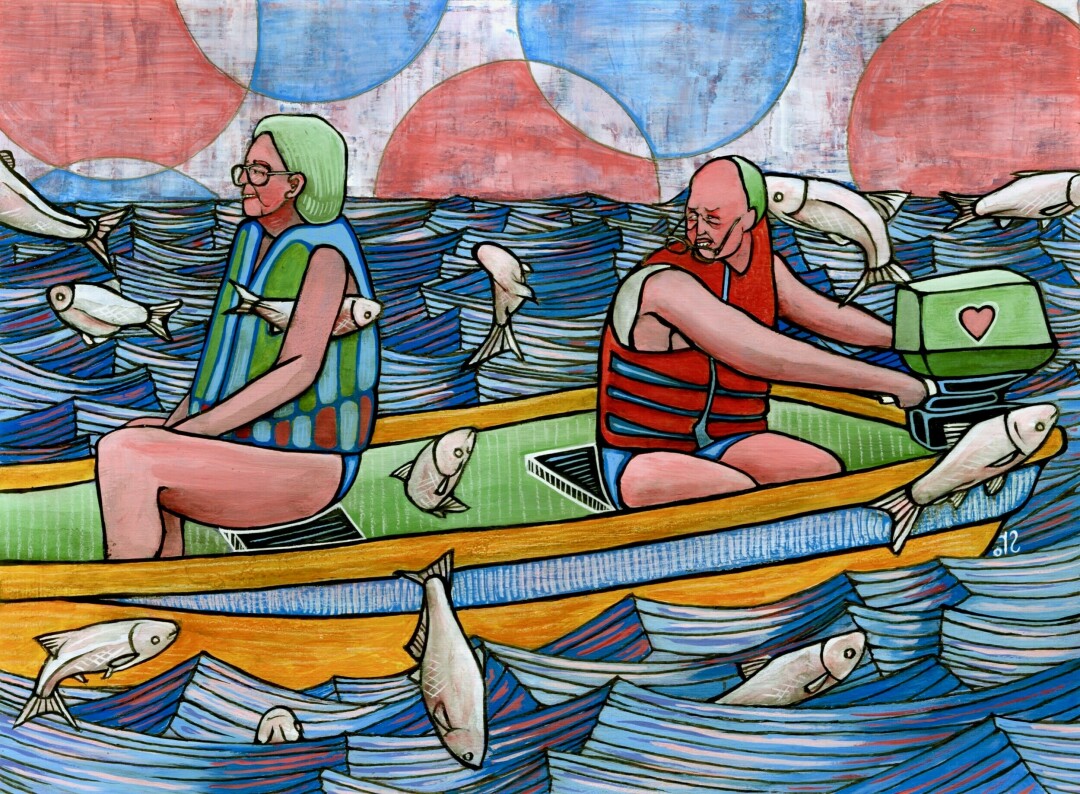 Learn more about Robertson at misterrobertson.com or on Instagram @SamRobertsonArt. 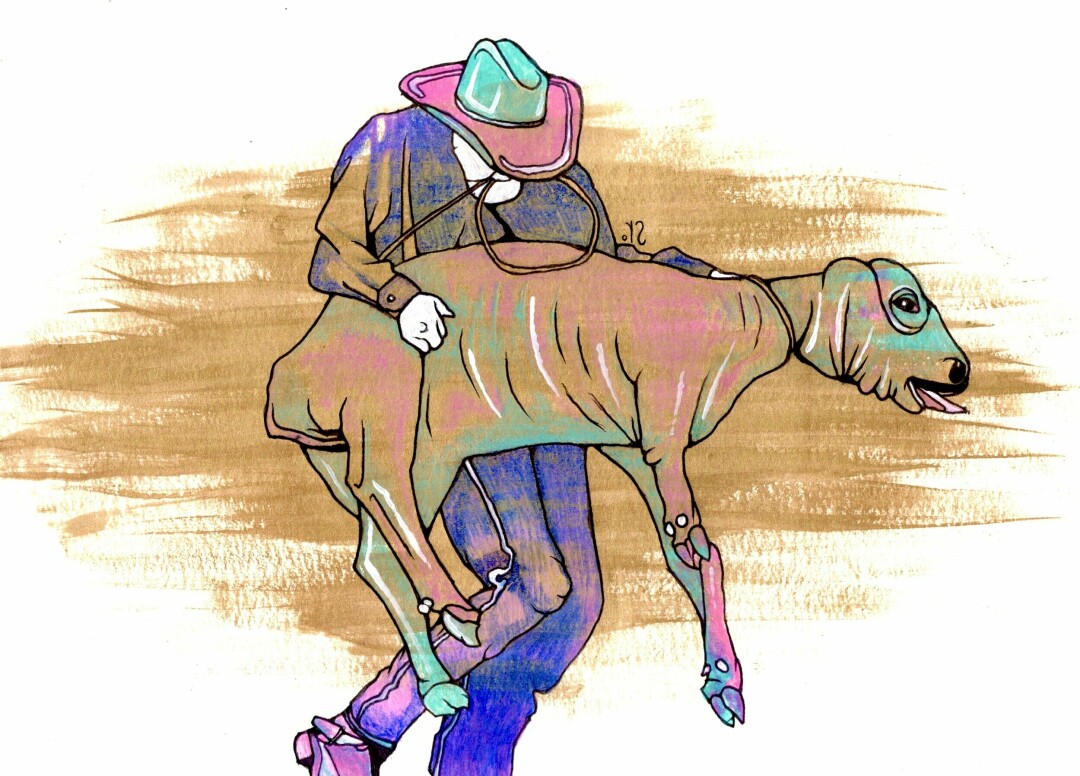 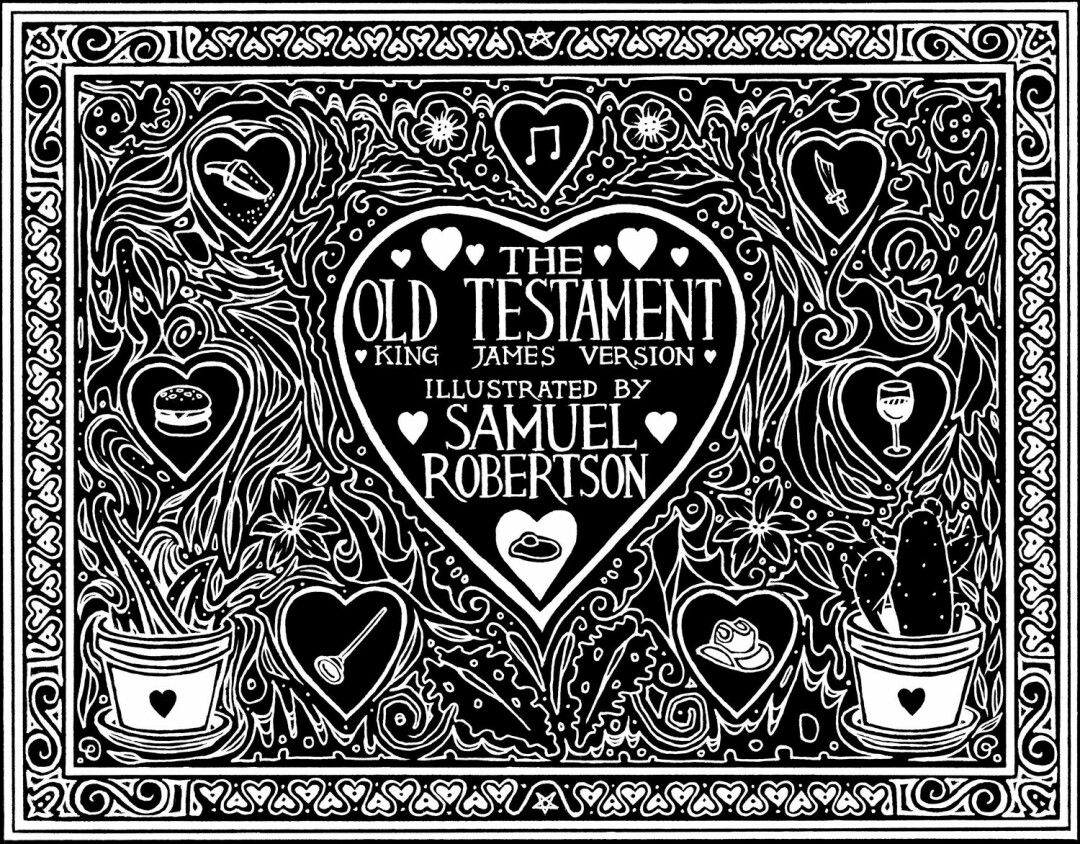 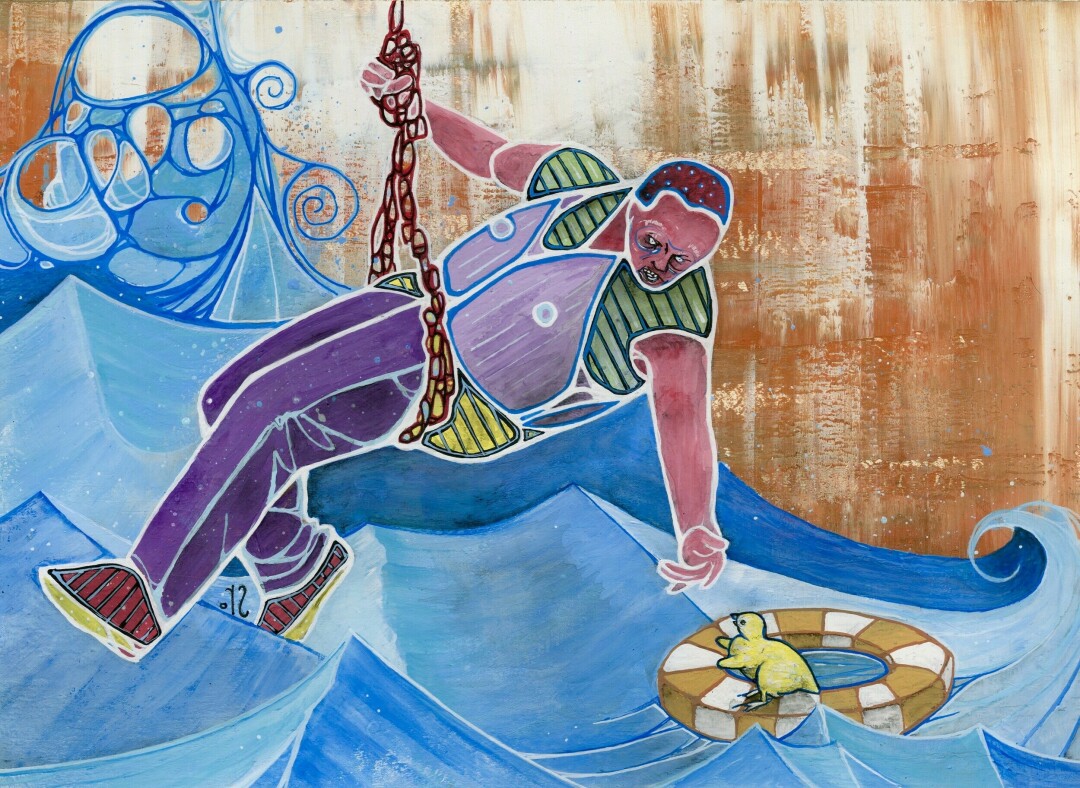 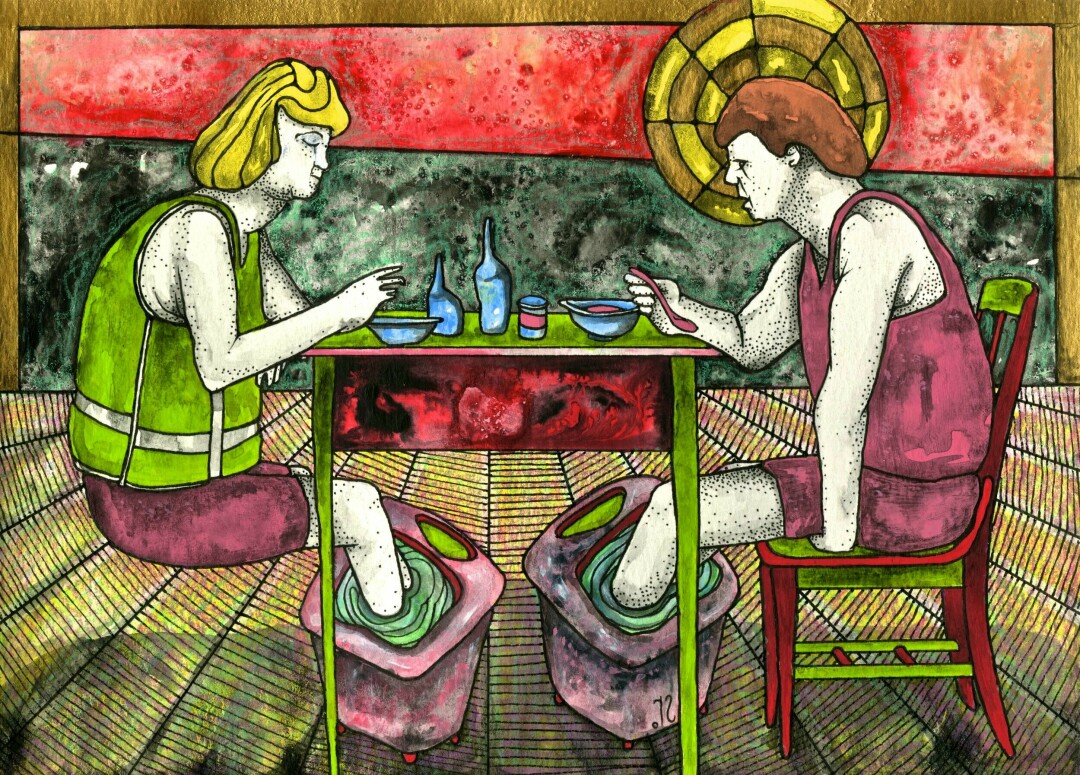 Mon Sep 27 , 2021
Mental health is out of the closet and into our streaming services. That’s a very good thing. Tennis champ Naomi Osaka is talking about it. Prince Harry. Selena Gomez. Joe Jonas. This was a few years ago, but even Dwayne Johnson, aka The Rock, opened up about his struggles with […]