While many activities have been postponed or canceled amid the latest phase of the pandemic, the city of Los Altos’ Adult 50+ Program still offers opportunities for seniors seeking personal interaction, both in person and via Zoom. Monkey Toy Ladies Handmade sock monkey toys have been getting into the hands […]

While many activities have been postponed or canceled amid the latest phase of the pandemic, the city of Los Altos’ Adult 50+ Program still offers opportunities for seniors seeking personal interaction, both in person and via Zoom.

Handmade sock monkey toys have been getting into the hands of young patients at Lucile Packard Children’s Hospital and other facilities since the Monkey Toy Ladies group formed in 1977. The toy makers meet weekly in the Adult 50+ Program room at the new Los Altos Community Center. The toys are currently being given to patients’ siblings as well.

During the pandemic, the group’s operations halted, except for some work that could be done at home with limited supplies, such as the red pom-poms that adorn the toys. When the community began to reopen, but while the former senior center was being torn down and the new community center built, the group met at the senior program’s Grant Park location. Since August, the Monkey Toy Ladies have been meeting in their old location, albeit in deluxe new digs.

Newcomers are always welcome, and needed, to meet the demand for the toys. In addition to hand-sewing, stuffing and decorating the monkeys – including adorably embroidered faces that make each one unique – there is need for people to machine-sew certain parts, as well as wash and cut the nylon stockings used for stuffing.

In addition to making the toys, members stressed that donations of nylons are always needed. Stanford supplies the outer socks.

The benefits of the gathering are many.

Tablemates Chodi McReynolds and Mary Henry added, “We enjoy chit-chatting and catching up,” and “It’s a nice way to volunteer for kids.”

Newcomers are trained and mentored. After a year of service, volunteers are given an official “Sock Monkey Volunteers” tote bag; some decorate them with miniature sock money ornaments.

Dora Hsiao has been with the Monkey Toy Ladies approximately 10 years.

“We’d like to have more people coming to make monkeys,” she said, noting that they drew 16-17 on average pre-COVID.

Daniel McCandless, a neighbor of the center and longtime monkey toy volunteer, works hard at cutting the nylons for stuffing as well as helping in other ways.

“Daniel’s the best cutter,” Hsiao said. “He does such a good job.”

Members range in age from their 30s, like McCandless, to 95-year-old Lily Hioki, who has been creating the toys since 1989, according to Hsiao.

Hsiao said that since the Monkey Toy Ladies’ beginnings four decades ago, there have been many changes to the stuffed animals.

If spending one morning a week making art with friends sounds like fun, be sure to check out the Adult 50+ ArtVenturers group.

The size of the group varies week to week, but it often attracts more than a dozen artists of many styles and levels of experience. Some of the regulars have been attending for many years, while others are just starting out.

Group leader Lenora Valainis, from a high-tech background, said that when she first joined over a decade ago, she “didn’t know which end of the brush to paint with.”

Meetings consist of members working on individual projects, in whatever medium they choose.

As they create and chat, they share ideas and techniques; a “gentle” critique provides suggestions and encouragement.

“It’s nice for people who are retired, or want to find a hobby, or just explore,” Valainis said.

During the pandemic, the group was quick to set up on Zoom, thanks to tech-savvy Valainis, but members have resumed meeting in person as well. She also set up the group’s blog site, which contains hundreds of examples of their work.

ArtVenturers meets 10 a.m. to noon Wednesdays in the Apricot Room of the Los Altos Community Center, 97 Hillview Ave. Zoom sessions are also ongoing for those who cannot attend in person.

The Los Altos Art Club is also back up and running, meeting 7 p.m. every second Monday in the Apricot Room of the community center.

Sat Jul 2 , 2022
Growing up, I never really thought about what it meant to be a doctor, even though it was a path I was destined to travel from a young age. I went to medical school, did a residency in internal medicine and a fellowship in rheumatology. Ultimately, I joined a private […] 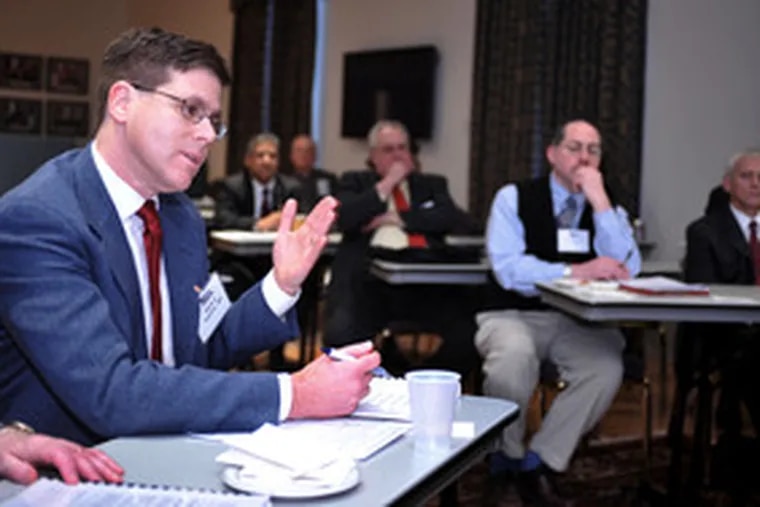