Microsoft should spin out its Windows and Office franchises to boost its growing cloud-computing business, former executive Ben Slivka told CNBC in an interview.

“The right thing probably is to bet the future on the cloud,” said Slivka, onetime general manager of Microsoft’s consumer and commerce group.

The Azure cloud infrastructure, which organizations use to power applications, has become a company star and the most daunting competition to date against market-leading Amazon Web Services.

Azure’s impressive growth has spurred renewed investor interest in the technology company, decades after its domination in operating systems and productivity software. Microsoft stock gained 51% in 2021, compared with about 27% for the S&P 500 index.

Slivka, who holds 100 shares of Microsoft stock, said he wouldn’t want internal strife to get in the way of Azure’s continued growth. He cited Microsoft’s failed history in mobile devices when it lost out to Apple and Google.

“People running the Windows business put the mobile OS people in a box and constrained what they could do,” he said. “They had their little ‘Start’ button and all this other bull—-. Microsoft rebooted its mobile strategy three times. Finally cellphone manufacturers and developers just gave up.”

In 2015 Microsoft wrote down $7.6 billion in assets related to its $9.5 billion Nokia devices and services acquisition. Four years later it stopped supporting Windows 10 Mobile after market share slipped below 1%.

Microsoft has been willing to part with portions of its business in past years. The company offloaded Bing mapping assets to Uber in 2015, and the following year it agreed to sell Nokia feature-phone assets to Foxconn and HMD Global for $350 million, and it spun out imagery company Vexcel.

Slivka formed the Internet Explorer team after joining Microsoft in 1985 and left the company in 1999.

“I understand how important Windows is to Microsoft,” he wrote in a 1997 email to co-founder Bill Gates that became a government exhibit in the U.S. Justice Department’s antitrust case against Microsoft.

He said the company is “not dying tomorrow” and doesn’t need to formulate a transaction imminently.

Few analysts seem to agree with Slivka’s point of view, however.

Windows and Office continue to enjoy leadership positions in their markets today, and those products help attract customers to Azure, analysts say. In its latest annual report on the market, tech industry researcher Gartner said large companies choose Azure after building up trust in Microsoft over the course of many years.

“The goodwill Microsoft has built over time presents a very lucrative future still for Azure,” Wells Fargo analyst Michael Turrin said in an interview. “Part of me says Office is also the productivity moat, and keeping those things together also has a lot of power.”

At the same time, people would love to be able to invest in a more streamlined public-cloud company, he said. Many in the tech industry and Wall Street have speculated about Amazon spinning out AWS, for example, although the company has repeatedly said it has no plans to do so.

Turrin, in a November note that included the equivalent of a buy rating for Microsoft, estimated that Azure would exceed AWS in market share in 2028. He assigned a $3 trillion market value for the entire company at the end of 2023 — with profitable Azure worth half that.

Wells Fargo itself revealed a plan to use Azure, as well as Google’s cloud, in September. Judson Althoff, Microsoft’s chief commercial officer, was quoted at the time saying the software maker has “a longstanding relationship” with 169-year-old Wells Fargo.

What’s more, letting go of Windows and Office would have large implications on Microsoft’s revenue picture. Over one-third of third-quarter revenue was derived from Office products and its cloud services (excluding Azure) and Windows.

They’re highly profitable, too. Analysts at UBS in November estimated that 12% of Microsoft’s total revenue will come from Windows and that it will contribute around 17% of total gross margin. Microsoft has been widening the gross margin of Azure for years, but analysts don’t believe it’s approaching Windows’ levels yet.

Microsoft declined to comment on the prospect of spinning out Windows and Office.

Correction: This story has been updated to reflect that Ben Slivka owns 100 shares of Microsoft stock.

Goals Every Travel Advisor Should Have for 2022

Tue Jan 18 , 2022
We have made it to 2022, and to say that I can’t believe it is an understatement. However, what I can say is that if you’ve made it here, then you should be extremely proud of yourself. Being a travel advisor in this current climate has given me and my […] 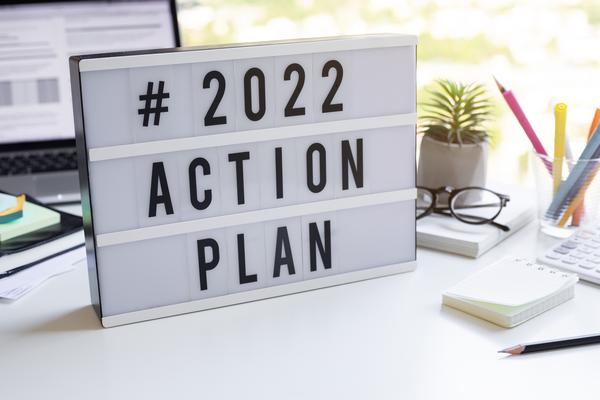