In August, attorneys for Mike Lindell’s pillow company raised a legal argument that could deal a blow to a $1.3 billion defamation lawsuit brought by Dominion Voting Systems.

Attorneys for MyPillow argued that, since Dominion develops technology used in elections, it’s effectively a government official. And since government officials need to clear a high bar to win defamation lawsuits, they argued the lawsuit couldn’t stand.

“At the heart of this case is the scope of an American citizen’s right to criticize how his government handles the counting of votes,” MyPillow’s attorneys wrote. “Were electronic voting systems used in the November 2020 election hacked and manipulated? Plaintiff Dominion’s billion-dollar defamation lawsuits and related public attacks against MyPillow and numerous others are an effort to choke off public discussion of these foundational political issues.”

“The defendants are claiming that because the plaintiff is performing a strictly government function, they should be treated as a public official,” said Frederick Schauer, a University of Virginia professor and First Amendment expert. “That is not an implausible claim, nor is the response that the plaintiff is sufficiently down in the food chain that they cannot really be considered an official, even if they are doing something governmental under contract with the government.”

US District Court Judge Carl Nichols is expected to rule on that argument later this month. But even if he rules in MyPillow’s favor, that doesn’t necessarily mean Dominion’s lawsuit would be dead.

MyPillow could make it harder for Dominion to win its lawsuit

The lawsuit against MyPillow is one among many that Dominion filed against 2020 election conspiracy theorists and companies it said advanced those falsehoods.

Dominion has sued Sidney Powell, Rudy Giuliani, Fox News, Newsmax, One America News, former Overstock CEO Patrick Byrne, MyPillow, and Lindell. Smartmatic, a rival election-technology company caught up in many of the same conspiracy theories, has also filed lawsuits against many of the same parties.

Lindell, MyPillow’s CEO, has been the loudest conspiracy theorist of them all, hosting a “cyber symposium” to advance more false theories as recently as August.

He also countersued, demanding $1.6 billion over Dominion’s alleged engagement in “cancel culture.” (A judge paused Lindell’s lawsuit in June.) Dominion has argued that Lindell pushed his election lies to curry favor with former President Donald Trump and sell pillows to his supporters.

Nichols ruled in August that Dominion’s lawsuits against MyPillow, Giuliani, and Powell could go to trial. In a typical defamation lawsuit, plaintiffs need to prove that the defendant acted with negligence in making false claims.

But plaintiffs who are public officials (people who have been elected or hold high rank in government) or public figures (people or entities that have some level of fame) need to prove that the defendant acted with “actual malice,” a much stricter standard that was first articulated in the 1964 Supreme Court case New York Times v. Sullivan.

“The Sullivan ‘actual malice’ standard, which requires that the plaintiff show intentional falsity or something very close to it (refusal to investigate in the face of actual knowledge of possible falsity), applies to public officials as plaintiffs, and, as of a few years after Sullivan, public figures,” Schauer wrote in an email. “If the plaintiff is not a public official or public figure, then the plaintiff only has to show falsity and negligence. That’s a huge difference.”

MyPillow wants a judge to hold Dominion to that standard. Clay Calvert, a press-freedom expert at the University of Florida, said that since Dominion isn’t a government employee, precedent isn’t on MyPillow’s side.

“Government officials who are elected to public office are always considered public-official plaintiffs in defamation law,” Calvert explained. “For nonelected government employees to be deemed public-official plaintiffs, courts typically ask if the individual holds a position that has or appears to have substantial control or authority over government affairs, and if the position invites public scrutiny independent and apart from the controversy at issue in the underlying defamation lawsuit.”

In a blistering September court filing, Dominion argued that the “actual malice” standards shouldn’t apply to its lawsuit. It’s a technology company, its attorneys said, not an administer of elections.

“No matter how many times Defendants falsely claim otherwise, Dominion is not a ‘public official,’ whether for defamation law purposes or any other,” Dominion’s attorneys wrote. “Dominion is a for-profit company that provides local election officials with tools they can use to run elections.”

Even if Dominion were to be held to a higher standard, legal experts told Insider that Lindell’s statements about the company were so outrageous that Dominion had a good chance of winning the lawsuit anyway.

“If all they are arguing in the appeal is that the plaintiffs would have to show recklessness, they’re probably right about that,” said Andrew Koppelman, a professor of political science at Northwestern University’s law school. “On the other hand, as I look at the facts, the evidence of recklessness is overwhelming.”

Dominion’s September filing argued that an appeals court should turn down MyPillow’s arguments because they’re pointless: Even if the company were to be held to a higher standard, there’s enough “direct evidence” of Lindell’s conduct in the original lawsuit to keep it moving forward.

The company also said Lindell had continued to spread conspiracy theories. It wrote that the company would include those incidents in an amended lawsuit if the court ruled against it.

Court rules say MyPillow’s appeal should only be granted if it helps speedily resolve the lawsuit. Dominion argued that the best way to do that would be to simply move the case forward.

“The most efficient way to ‘materially advance the termination’ of this litigation is for this case to proceed expeditiously through discovery so that Defendants’ arguments that they did not act with actual malice, however wrongheaded, can be evaluated on a fully developed evidentiary record,” Dominion’s attorneys wrote.

Thu Oct 28 , 2021
ALBUQUERQUE, N.M. (KRQE) – Residents all around Albuquerque had a chance to participate in a treasure hunt on Saturday. Local artists hid pieces of their work around the city and posted clues to find the pieces to their social media as part of this year’s ABQ Spooky Art Hunt. Event coordinator Alex […] 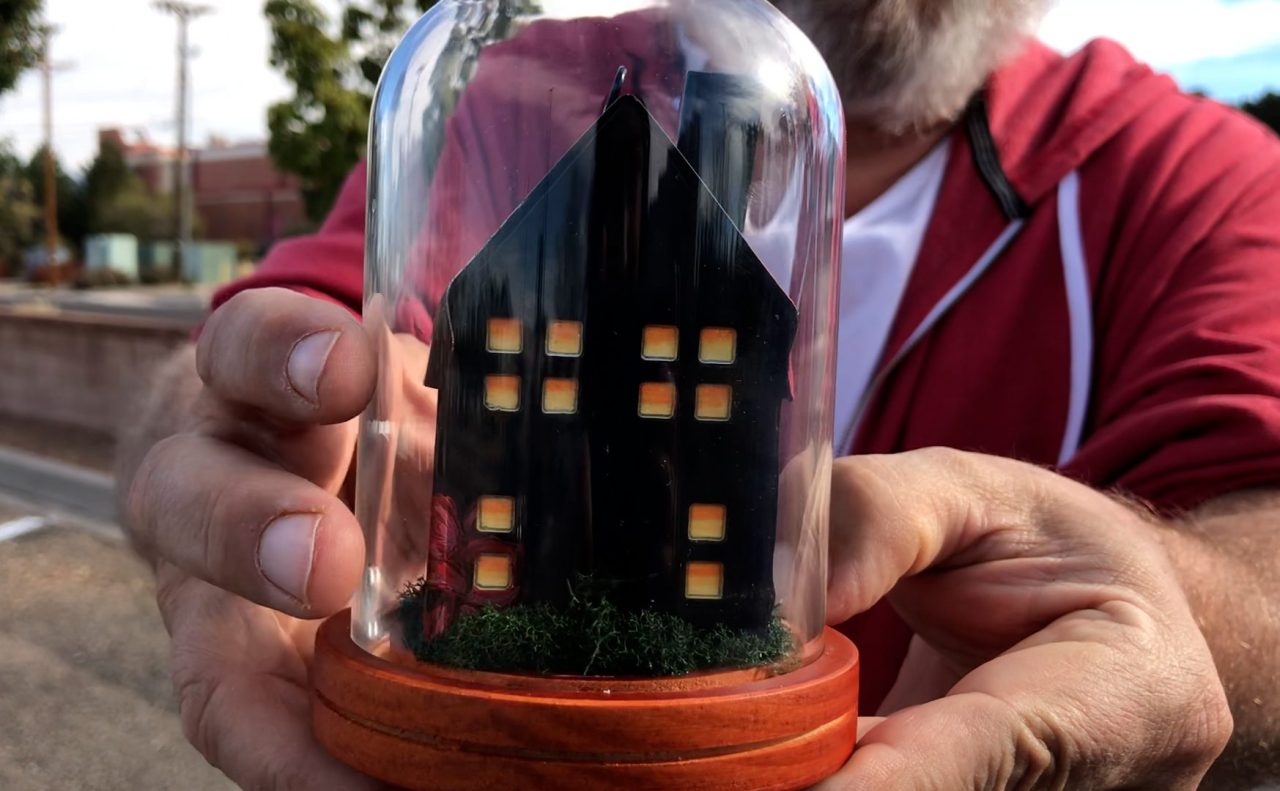