While monkeypox has not yet appeared in Mississippi, it is in the United States and local health officials are taking it seriously.

Monkeypox has reappeared as a cause of concern worldwide, and according to the Centers for Disease Control, U.S. monkeypox cases are rare and do not occur naturally in the United States.

Still, cases have happened associated with international travel or importing animals from areas where the disease is more common.

Monkeypox is a disease that results from infection with the monkeypox virus, a viral illness in the same family as smallpox. Monkeypox has been identified in 16 countries around the globe, including the United States.

The CDC, which issued a Level 2 travel health notice Friday, said cases had been reported in Europe, North America and Australia.

The World Health Organization reports 92 confirmed cases in 12 countries, with 28 still being investigated.

“We are currently working with physicians to detect and report any suspected cases,” said Liz Sharlot, director, Office of Communications for the Mississippi State Department of Health. “Monkeypox is not highly transmissible.”

Scientists at the CDC say they are collaborating with the Massachusetts Department of Public Health to investigate a situation in which a U.S. resident tested positive for monkeypox on May 18 after returning to the U.S. from Canada.

Most recently, New York City is investigating one potential case, but the city’s health commissioner urges calm among residents.

CDC is also tracking multiple clusters of monkeypox that have been reported in early-to mid-May in several countries that don’t typically report monkeypox, including in Europe and North America.

It’s not clear how people in those clusters were exposed to monkeypox, the CDC said.

In response, the CDC says it has urged healthcare providers in the U.S. to be alert for patients who have rash illnesses consistent with monkeypox regardless of whether they have travel or specific risk factors for monkeypox and irrespective of gender or sexual orientation.

Experts say monkeypox is spread by contact with bodily fluids containing the virus rather than through the air like measles or COVID-19.

A vaccine for monkeypox is available, but Americans generally do not use it. The program calls for two shots 28 days apart and is used commonly throughout Africa, where monkeypox is most prevalent.

However, this is not the first time monkeypox cases have been in the United States. In July of 2021, there was a confirmed case in Texas after a person had traveled to Nigeria. That person was quarantined, and by September of that year, no other cases were identified.

In 2003, there were 47 cases reported throughout the United States but none in Mississippi. According to the State Department of Health in Mississippi, there have never been any reported cases of monkeypox in the state.

President Joe Biden said Sunday that recent cases of monkeypox that have been identified in Europe and the United States were something “to be concerned about.”

Texas Forces Companies to Be Neutral on Guns, or Lose Business

Fri May 27 , 2022
(Bloomberg) — To keep doing business with Texas, companies will effectively have to take a vow of neutrality if the latest school-shooting massacre sets off another nationwide furor over gun control. Most Read from Bloomberg That’s because in June 2021, flanked by Republican lawmakers and officials from the National Rifle […] 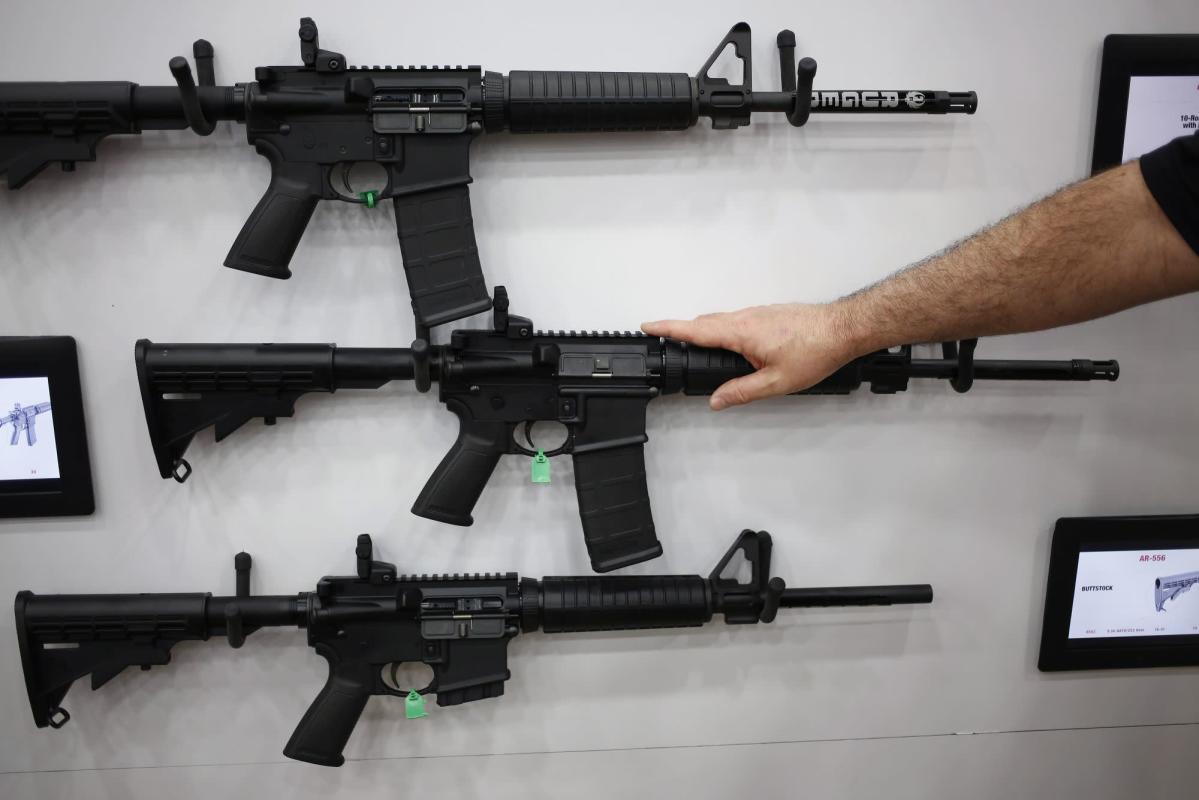