If you’re someone who thinks Illinois gets everything wrong when it comes to business, this column isn’t for you.

Actually, maybe it is especially for you.

Maybe before you scream “Get me outta this $%^& state!!!” again, you should read what Dan Seals says to out-of-state businesses when he tells them, you should be in Illinois.

“Sometimes we don’t appreciate what we have here,” said Seals, the CEO of economic development organization Intersect Illinois, a public-private partnership between state government and many of the leading companies in the state. “And maybe it’s a grass-is-always-greener sort of dynamic, but I meet a lot of people who are doing well but think they’re the only ones who are doing well. And it just surprises me that there is such a wide gap between how we perceive ourselves and what the reality actually is here as far as our business environment is concerned.

“You don’t get an economy this big, you don’t get one this diverse and you don’t get companies that large all here by having a bad business environment. That’s illogical. And so I wish we could get more Illinoisans to be those kinds of ambassadors for what we have here and help me tell that story.”

Out-of-state companies are paying close attention to Seals’ marketing spiel. Maybe you should too.

Seals and Intersect Illinois — a 12-employee public-private partnership formed in 2016 by then-Gov. Bruce Rauner that counts many of Illinois’ biggest and best-known corporations as funders — are telling Illinois’ story through their new “Be in Illinois” campaign. He described it as a very targeted, tailored marketing campaign to attract out-of-state companies.

Intersect Illinois already has seen success. The organization has helped bring to Illinois 15,800 jobs and $4.6 billion of capital investment in its first six years.

Intersect Illinois does this working in concert with governmental units and regional organizations throughout the state. His group never works alone, he emphasized, but it works smartly.

Those billboards other states have posted along Illinois tollways hoping to lure businesses? Seals, who joined Intersect Illinois in September, sees billboards as inefficient and a waste of money.

“I don’t understand the logic there,” he said.

But, he added, it’s about time Illinois stopped ignoring what other states are doing.

“We’ve been rather shy about telling our story here in Illinois,” he said.

That story includes being the fifth-largest economy in the country, 18th largest in the world. Thirty-eight Fortune 500 companies already call Illinois home, and 1,900 foreign companies are located here.

With a large and well-educated workforce and great access to air, rail and road transportation, Illinois has a lot going for it. And with so many businesses here already, companies like Rivian and Lion Electric can find local sourcing for many of the parts it needs. There are more than 1,800 suppliers in the electric vehicle space in Illinois, Seals said.

In addition, Intersect Illinois cites a 200% increase over the past five years in startup companies launching from Illinois universities. Illinois companies raised more than $7.1 billion in 397 deals last year.

“Some of our neighboring states have been beating their chests and talking about how great they are,” Seals said. “Their economies are much smaller. They have fewer opportunities. They’re not doing the kind of innovation that we’re doing here.”

The average size of companies the group works to attract is about 200 employees, but the group works with businesses as small as five employees and as large as those that employ thousands. “Trophy companies,” Seals called them.

Intersect Illinois is targeting six areas of business: manufacturing, electric vehicles, technology, agribusinesses, logistics and life sciences. The “Be in Illinois” campaign will start by focusing on electric vehicles and agribusiness, then advance to those other sectors.

Intersect Illinois often connects with out-of-state companies to feel them out about a move, “sometimes before they realize they’re going to move,” Seals said. Intersect Illinois wants to be on a company’s shortlist when that decision does come.

The campaign is paying off.

He has good reason to be bullish.

And Rivian, the electric car company in Bloomington, started here by sending in their own engineers from California on a regular basis until they figured out that they could hire engineers out of the University of Illinois at Urbana-Champaign, one of the nation’s best engineering schools.

None of this means the business climate in Illinois is perfect or that there is no need for improvements. Nor does it mean that all Illinois businesses are thriving. That would be naïve.

It’s just that many Illinoisans seem to have a perception that doesn’t match reality. We are doing well here and working to do better.

As Seals said, “It’s been fantastic to see how we’re moving forward from where we’ve been.”

Tue May 3 , 2022
When you’re traveling, whether on a road trip or a flight, comfort is key but that doesn’t mean style needs to be sacrificed. From footwear to handbags, here are eight new chic items that will take you to your destination. 1.Fitflop ankle boots £150 Fit flop platform boots Fit flop […] 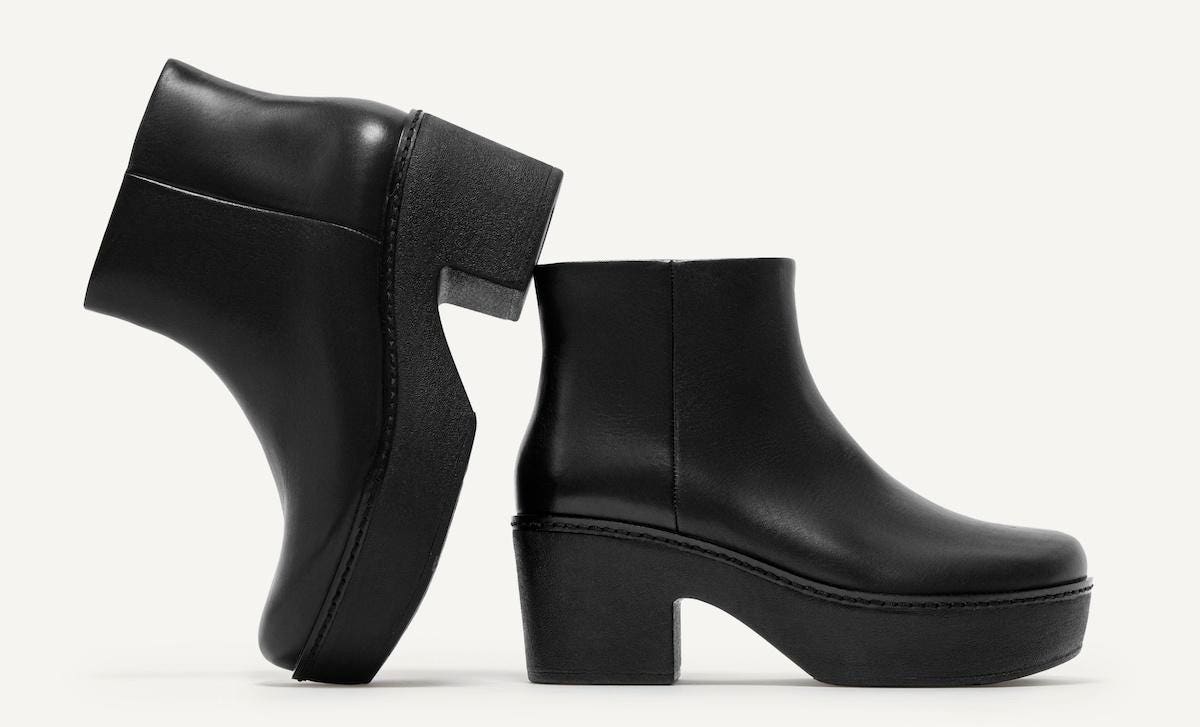