The Town of Normal hopes to use its revised public art plan, among other things, to avoid future controversies over public art.

Art expresses a sense of community in a given cultural moment. It is a snapshot in time. And as the debate on Confederate memorials, other monuments to people connected to slavery, and certain kinds of statuary or other art that becomes dated demonstrates, sometimes public art causes present-day people to wince at what was once widely accepted.

The town has decided to create a steering committee to review how where and why public art is placed on town property.

City Manager Pam Reece said during an interview for WGLT’s newsmagazine show Sound Ideas that in surveying how some communities approach the issue, there are ways to prevent art from becoming culturally dated.

“I think what we have found is often best practices are that the installations are not permanent additions,” said Reece. “Generally, there are expectations defined in advance with the artist. It might be a 24-month installation. It could be a leased piece.”

She said there are multiple reasons to place art that rotates and is not intended to be perpetual.

“Building inclusivity is a process,” said Reece. “It can offer different artists an opportunity. People have varying interests. Some people might like something that some people might not like. But if it’s constantly changing and evolving, then I think it continues the interest.”

The town has had experience with controversy over art that some took to be permanent and others temporary. The dispute over a mural in Uptown resulted in delays and changes to a building project and a lawsuit by some of the artists who created the mural.

Reece said that incident didn’t have much to do with the new effort to address public art in a systematic way.

“I would say very little, honestly. You know, the lawsuit and the things we dealt with over the mural, at first blush, would make us not want to engage in any kind of public art whatsoever,” said Reece. “That was a very challenging time that threw some wrenches into an economic development opportunity. Looking back, I’m not even sure that that was, at least an intentional driver of this conversation.”

Reece said the genesis of the current dialogue over public art began a couple years ago when some residents approached the town with an interest in placing some sculptures and other visual art. That began in 2019, but was interrupted by the pandemic. She said town staff continued talking about how public art does and should fit into the community vision and values, using the town’s comprehensive plan for some background and where the town wants to be by 2040. There are a number of areas that reflect those values in the plan, she said.

“Things like humanitarian and social aspects, what’s important in that regard? Inclusivity, making people feel welcome. We’ve got community identity in public places. What about our community in terms of public spaces we can create for people to feel welcome and special and proud? You know, how can the town and Illinois State University and Heartland Community College partner to create value to residents,” said Reece.

Staff also surveyed how other communities address the issue.

“Urbana has a sculpture park that is very popular. Dubuque has public sculpture and a very robust art festival,” said Reece.

She said if the town council wants to take advantage of public art as a way to embody economic development, the town could plan around the 2026 centennial celebration of historic Rout 66. If so, that effort should start now, she said.

“The next step should be to pull together a steering committee and use community experts to help guide us in most examples of successful community art programs,” said Reece.

Those programs began with a public investment, according to staff. Other funding sources such as grants, donations, and private philanthropy also could be sought after the program was up and running.

Why health system leaders should be open, authentic on burnout

Mon Jan 31 , 2022
As the pandemic continued the summer of 2020, AMA member Nigel Girgrah, MD, PhD, found himself like many people, languishing and struggling. While he recognized the triggers of physician burnout, he was unable to follow his normal coping measures—travel restrictions prevented him from visiting family and friends in Canada, and he […] 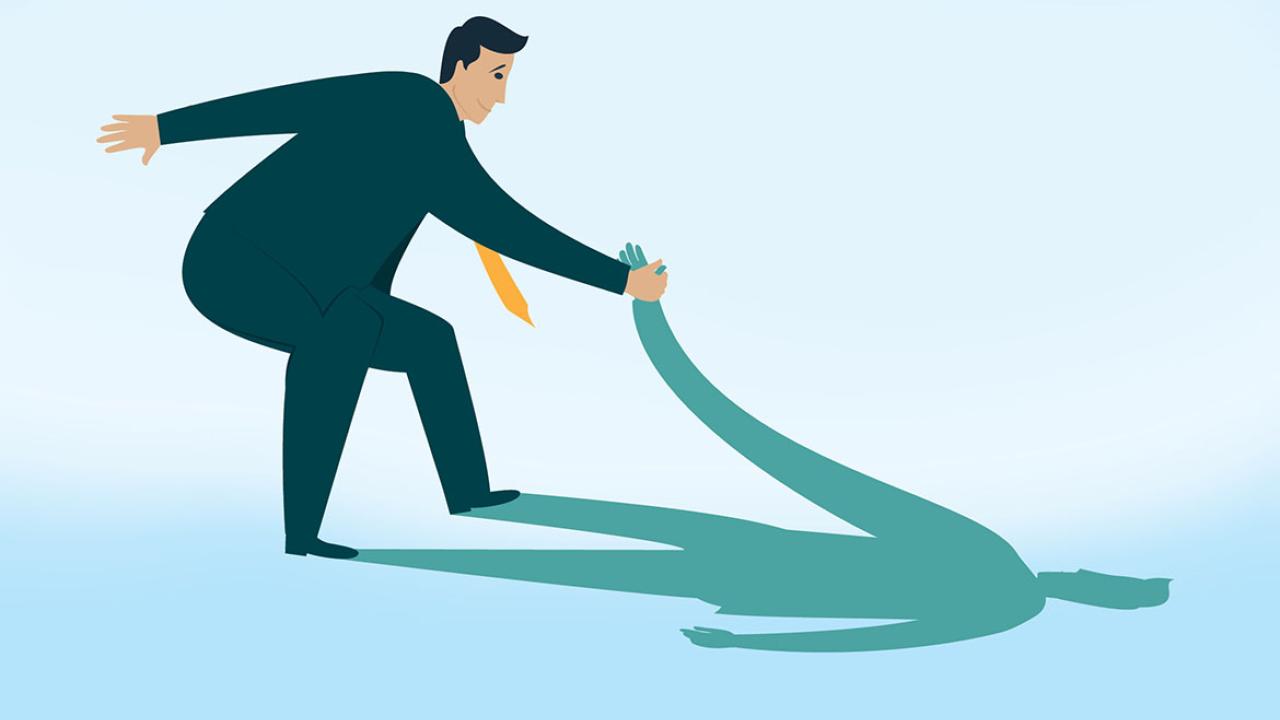