A former commander of NATO is warning that Russian President Vladimir Putin’s actual goals in attacking Ukraine are to establish “control over Eastern Europe” and to “shatter” the Western military alliance.

During an interview with CNN on Sunday, Wesley Clark, a retired US four-star general, also urged the West to provide more arms to Kyiv.

“He wants Ukraine,” Clark said. “He wants the Baltic states. He wants control over Eastern Europe. He wants to shatter NATO, and he wants the United States out.”

Clark, a military analyst for CNN who previously served as NATO’s supreme allied commander for Europe from 1997 to 2000, said Putin sought to “disrupt the international system” and have the West “emotionally” and “morally disarmed” into believing that his ambitions would extend only to Ukraine.

He also called on the US and its NATO allies to bolster military aid for Ukraine, particularly with fighter aircraft — an area the Pentagon has declined to help with thus far, having rejected a Polish plan to supply Kyiv with MiG-29 jets.

He said that while US military campaigns over the past 50 years involved helping countries “who weren’t that prepared to fight,” the war in Ukraine was different.

“Their soldiers have education just as good as ours,” Clark said. “They’re just as good technically as we are. We give them our modern weapons, they can use them in 24 hours.”

“So we’re going to have to do a better job of listening to the Ukrainians for what they need and get them the equipment they say they need,” he added.

The retired general said Russian forces would next seek to capture the city of Dnipro in eastern Ukraine to cut off Ukrainian troops in the Donbas region, where Moscow has recognized two separatist territories as independent states.

Clark said to drive off Russia’s advance to Dnipro, Ukraine would need “heavy fighting equipment” beyond what the US had supplied so far.

“Not Javelins, not Stingers — that’s fine for helping defend cities,” he told CNN, referring to Javelin anti-tank and Stinger anti-aircraft missiles. “They need tanks, they need mobile artillery, they need lots of ammunition. They need fuel, they need repairs. We don’t have that for them.”

The war in Ukraine is set to enter its 39th day on Monday. At least 1,417 Ukrainian civilians have been killed in the fighting and bombardment, with at least 2,038 more injured, according to the United Nations, which has said the actual figures are probably far higher.

Thu Apr 7 , 2022
With COVID restrictions lightning up around the country, people are booking long-awaited travel plans. Travel content creators have niched out roles as travel guides for those looking to get out of town to explore. These five travel content creators use social media to document their travel experiences and offer their […] 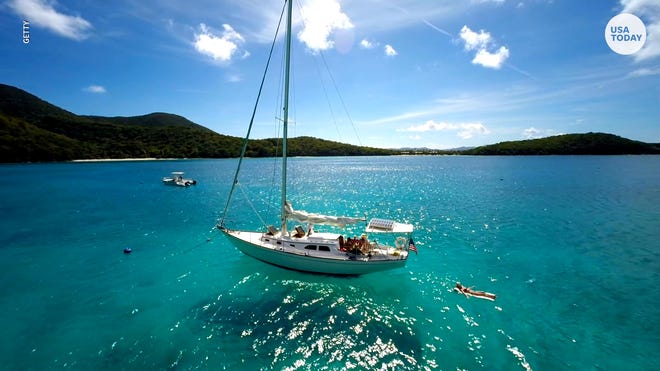