Freedivers off the coast of Spain have uncovered a treasure trove of 53 perfectly preserved gold coins from the Roman Empire, one of the largest collections ever found in Europe.

Brothers-in-law Luis Lens and César Gimeno were freediving in the Mediterranean Sea while on vacation in Xàbia, Spain. Cleaning up trash, according to The Times, as they explored the underwater scenery they came across a shiny object that resembled a “10-cent-coin,” newspaper El Pais said.

After retrieving the object, they noticed an inscription with an ancient Greek or Roman face and assumed it was from jewelry.

Using the corkscrew of a Swiss Army knife, they discovered another seven coins embedded in a rock crevice.

After reporting their discovery to local authorities, a team of scuba divers and archaeologists uncovered a total of 53 gold coins, three nails, and some remains of what appeared to be a chest.

Scientists from the University Institute for Research in Archeology and Historical Heritage analyzed the coins. They found they were from the end of the 4th century and the beginning of the 5th century.

“It is one of the largest sets of Roman gold coins found in Spain and Europe,” said Jaime Molina, head of the team of underwater archaeologists from the University of Alicante, in a press release.

What makes the discovery even more unusual is how perfectly preserved the coins were.

Researchers were able to identify the emperors on the coins: Valentinian I (3 coins), Valentinian II (7 coins), Todosio I (15 coins), Arcadi (17 coins), Honorius (10 coins), and an unidentified coin.

Molina said that the discovery could provide a multitude of new information to understand the final phase of the fall of the Western Roman Empire.

Historians said that the coins could have been intentionally hidden to avoid looting barbarians, such as the Alans.

They said the coins shed light on the historical moment of insecurity with the arrival of barbarian people, such as the Suevi, Vandals, and Alans, leading to the fall of the Roman Empire.

The coins will be restored and exhibited in the Soler Blasco Archaeological and Ethnographic Museum of Xàbia, the University of Alicante said.

Sun Sep 26 , 2021
Business is ba-da-booming at Holsten’s, the Bloomfield, NJ confectionery that served as the setting for Tony Soprano’s last meal and the controversial “cut-to-black” climax of the iconic HBO series. The buzz for “The Many Saints of Newark” movie prequel has diehard fans flocking to the old-school ice-cream parlor/restaurant, scarfing up […] 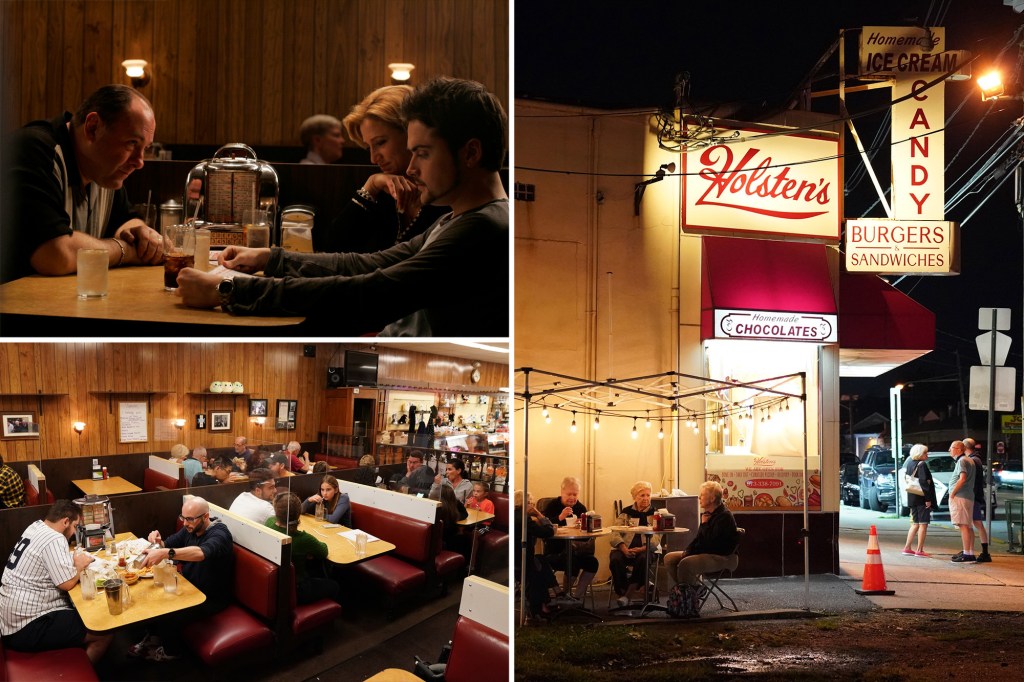