An emergency relief program hastily rolled out in the early days of the pandemic had such poor fraud protections that it improperly doled out nearly $4.5 billion to self-employed people who said they had additional workers — even those who made wildly implausible claims, like having one million employees.

The $20 billion program, called the Economic Injury Disaster Loan Advance, offered small businesses immediate grants of up to $10,000 in the months after the pandemic shuttered much of the economy. But hundreds of thousands of the grants it made were inflated because there was no system to catch applications with “flawed or illogical information,” Hannibal Ware, the Small Business Administration’s inspector general, wrote in a report released on Thursday.

The report, which described how the agency could have spotted obviously bogus applications by taking even rudimentary steps to prevent fraud, was the latest black eye for the S.B.A., a tiny department that was thrust to the front lines of the government’s pandemic response. The agency also ran the Paycheck Protection Program, which gave out $800 billion in bank-issued loans but often left lenders and borrowers scrambling to comply with confusing and shifting rules. Fraud was a problem there, too: Tens of billions of dollars may have been taken improperly.

The loan advance grants were created by Congress in March 2020 as part of its first coronavirus aid package. Intended to quickly get money to devastated companies, the program offered grants to businesses that applied for a disaster loan — and allowed applicants to keep the money even if their loan request was rejected.

In the 14 weeks the program operated before it ran out of money, nearly 5.8 million applicants received grants based on their company’s head count: $1,000 each for up to 10 workers.

Sole proprietors and independent contractors who employed only themselves should have collected a maximum grant of $1,000 — but many collected bigger checks.

More than 700,000 solo business owners received larger grants by claiming additional workers. While sole proprietors can have employees, such an arrangement is unusual. And those that do have employees are required to have an Employer Identification Number from the Internal Revenue Service.

But the S.B.A. skipped an obvious safeguard: It did not require sole proprietors claiming to have employees to enter their Employer Identification Number, instead allowing them to use their Social Security numbers.

Although some of the outsized payments are likely to be the result of applicant error, the majority of the suspicious applications cited in the inspector general’s report maxed out their claims: More than 380,000 applicants said they had enough workers to get the full $10,000.

Some of the claims were outright absurd. Hundreds of applicants received the maximum grants after saying that they employed more than 500 workers, a number that would generally make them ineligible for the small business program. Fifteen said they had one million employees — a figure that would put them in league with Amazon and Walmart.

The Small Business Administration “never requested additional information from these sole proprietors to verify the number of employees cited on their grant applications before approving and disbursing the grants,” Mr. Ware said in his report.

By his calculation, those applicants were eligible for only $704 million of the $5.2 billion they received.

Earlier watchdog reports had pointed to deep problems in the Economic Injury Disaster Loan program’s fraud safeguards. Mr. Ware’s office warned in July 2020 of “potentially rampant fraud” because of the program’s nearly nonexistent guardrails, and a Bloomberg article last year described how almost comically easy it was to scam the system. It cited how-to videos that circulated on YouTube with titles like “$10k SBA Loans & GRANTS Got The STREETS Going CRAZY!”

In a statement, the agency noted that the loan policy began during the Trump administration and said the Biden administration’s disaster loan team had identified and worked on risk management improvements.

Senator Benjamin L. Cardin, the Maryland Democrat who spearheaded the grant legislation, said the agency had thoroughly bungled the program.

“When Congress drafted the CARES Act, our intent was for S.B.A. to provide all businesses with E.I.D.L. Advance grants worth $10,000,” he said. “Not only did the Trump administration limit grants to $1,000 per employee, it failed to enforce its own policy.”

In a written response included in the report, James E. Rivera, the head of the unit that ran the program, said the agency was required by the CARES Act to accept applicants’ self-certifications that they qualified. He also said that the lack of an Employee Identification Number on the application form was not proof that the applicant did not possess one.

“The CARES Act mandate for S.B.A. to accept applicant self-certification does not relieve the agency of its fiduciary responsibility to the taxpayers to detect and prevent fraud,” he wrote.

Mr. Ware recommended that the government try to reclaim the $4.5 billion it overpaid. He suggested that the agency seek proof from applicants who claimed to have employees, request reimbursement from those who don’t provide it, and refer suspected fraudulent cases to the inspector general’s criminal investigation division, which works with outside agencies like the Federal Bureau of Investigation.

Mr. Rivera said in his response that the agency would hire an outside contractor to review the grants, and would “develop an appropriate plan to remedy cases identified where the applicant provided false information.”

He said one option for recovering funds is the Treasury Department’s Offset Program, which seizes tax refunds and other federal payments to settle debts.

But that is only a sliver of the amount lost to bogus claims. A March memo by the House Select Subcommittee on the Coronavirus Crisis identified an estimated $84 billion in suspected fraud in the P.P.P. and E.I.D.L. programs after the Trump administration “refused to implement basic controls.”

Mr. Ware told a House committee in April that his office had opened more than 400 cases involving the agency’s assorted relief programs.

“Fraud investigations will be a decades-long effort,” he said.

If you haven't booked holiday travel yet, you're already late

Sat Oct 9 , 2021
Christmas is less than 100 days away. And if 2021 hasn’t quite been the year most people hoped for, with no end of the pandemic in sight yet, it seems Americans are ready to bank on a big consolation prize: an epic holiday vacation. “All day long, we’re booking Caribbean […] 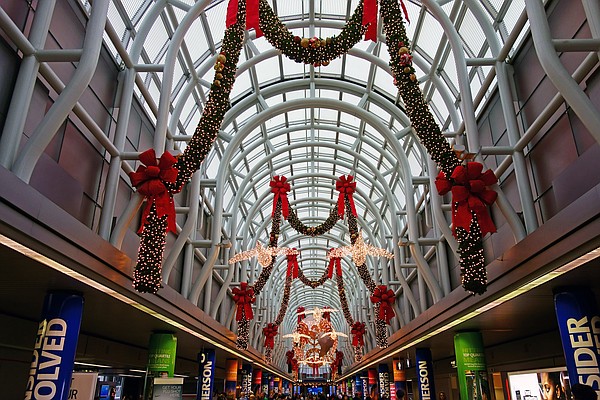