California-based Servo Yachts said the new marine stabilization design being tested on Martini 7.0, a 165-foot catamaran yacht, will relieve the effects of seasickness for roughly one-third of people who are highly susceptible to motion sickness.

According to the United States National Library of Medicine, one in three people is considered highly susceptible to motion sickness. About 80 percent of the general population is susceptible if exposed to intense movement.

Servo Yachts said that Martini 7.0, designed in conjunction with UK-based design consultancy Shuttleworth Design, incorporates new stabilization techniques that allow the yacht to glide more smoothly through the ocean, avoiding the kinds of motion that typically cause passengers to become seasick. The firm says that the technology can be applied to any type of marine craft, including superyachts, day and work boats, ferries, navy transport craft, offshore transfer, and coast guard search and rescue vessels, among others.

The Martini 7.0’s suspension system connects the main cabin to two dynamic hulls, which adjust to the height and angle of the waves. The electric suspension technology reacts in real-time to sea movement. In effect, its dual hulls manage and absorb the roll, pitch, and heave motions induced by the ocean, providing increased comfort for passengers.

“With the Martini 7.0, I believe we have found a way to solve seasickness and significantly improve the sailing experience so that everyone can enjoy traveling on the ocean,” said David Hall, Servo Yachts’ founder.

Servo Yachts says that it has taken eight years to develop the technology. The Martini 7.0 is the next generation of a series of smaller prototype vessels, ranging from 17 feet to 45 feet, which were developed and tested in San Francisco Bay.

The company said that on the Martini 7.0, a new configuration was designed to maximize accommodation space. The two hulls are connected by four articulating mechanisms positioned at each corner of the suspended deck, which houses the main accommodation. The suspension technology enables up to 12 feet of vertical travel in each hull.

According to Servo Yachts, the technology is much more effective than current marine stabilization devices that take more time to react to the motion of the sea. The system also requires very little power, no warm-up time and no complex vacuum systems.

As well as providing total stabilization, the system also has the unique ability to sync the motion of the suspended deck with another moving target, including when docking alongside a larger ship or recovering a smaller vessel at sea.

Hall is a controversial figure in American tech circles. He was removed from his post as chairman of Velodyne Lidar earlier this year after an internal investigation, and he has protested the firm’s current direction and leadership. He remains a member of the company’s board.

The Best Home Depot Black Friday Deals of 2021 on GE, DeWalt, and More

Sun Nov 28 , 2021
Photo: homedepot.com Prices listed here are accurate as of the last update on 11/27/21. The best Home Depot Black Friday deals are here, and you don’t even have to leave your home to score the best prices. Online shopping has its advantages over in-store shopping: no crowds to battle and […] 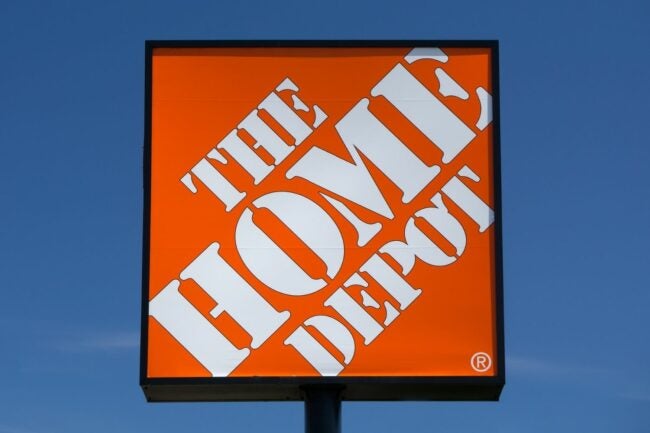