Including social determinants of health in sepsis readmission models could improve their predictive ability, a new study shows.

For the study, published this past week in the Journal of American Medical Informatics Association, University of California, San Diego researchers used data from the National Institutes of Health’s All of Us research program cohort.

They found that including various social determinants of health improved the model’s ability to predict which sepsis patients are at risk of an unplanned 30-day readmission.

“Our results highlight the importance of [social determinants of health] in identifying which patients may benefit from additional resources around the time of discharge, or post-discharge, to prevent 30-day readmissions,” wrote the researchers.

As the researchers noted, 30-day readmissions for sepsis – already a prevalent and potentially deadly condition – are more common and costly than those for several other conditions, including acute myocardial infarction, chronic obstructive pulmonary disease and congestive heart failure.

“Improved systems are needed in order to identify those at the highest risk for readmission, to develop targeted help for those individuals, and to prevent costly readmissions,” they wrote.

“A broader understanding of contributing factors is therefore indicated, including an investigation of whether social factors impact readmissions,” they continued.

However, identifying which patients are most at risk is challenging.

Many hospitals use scores not specifically developed for patients with sepsis to flag those most in danger of readmission.

“The central finding of this multicenter longitudinal cohort study is that certain [social determinants of health] are strongly associated with unplanned 30-day sepsis readmissions and that the inclusion of such information into a predictive model for readmissions can significantly improve predictive ability and model actionability,” the study team said.

Researchers identified several potentially actionable factors – including poor transportation to obtain healthcare, the inability to pay for specific aspects of medical care and the lack of insurance – that were strongly associated with a 30-day readmission.

Other factors came into play: Being male, identifying as Black or Asian, experiencing housing instability, and having a high school degree, GED or less were identified as increasing the risk of readmission.

“These have been previously described as factors for readmission, although not specifically in sepsis patients, and it is uncertain if hospital readmission programs are effective when targeting these populations,” read the study.

The research team noted that some factors, such as digital literacy and internet connectivity, were not included in the All Of Us data set, potentially affecting the model’s predictive abilities.

“Nevertheless, the 88 [social determinants of health] variables that were included in our models significantly improved our predictive performance, highlighting the importance of accounting for such factors in predictive models and the need for additional investigation in this domain,” they wrote.

Given the cost, frequency and danger of sepsis, researchers and IT innovators have dedicated energy toward trying to better predict the condition in patients. Sometimes, this has looked like implementing alerts, often powered by artificial intelligence.

However, Dr. Thomas Selva, chief medical information officer at University of Missouri Healthcare and medical director for the Tiger Institute for Health Innovation says people power is important too. Selva’s team won a HIMSS Davies Award for its work pairing the National Early Warning Score algorithm with a rapid response team to contribute to a reduction in sepsis mortality.

“All too often in health IT implementations, we put an alert in the system and it stays there forever, even though it is not achieving the goal that you wanted it to achieve,” he said in an interview with Healthcare IT News this spring.

“You want to make sure there is good evidence behind the alert and then to have good measures in reporting as well,” he said.

“Future studies are required to prospectively validate these findings and further explore the relationship between [social determinants of health], readmissions and patient-centered outcomes,” said the researchers.

Tue May 17 , 2022
Small businesses in St. Louis now have access to easier tools to help them establish an online presence. Mastercard announced Wednesday that it is rolling out a branded version of its Digital Doors website, alongside the Small Business Empowerment Center. Digital Doors helps businesses design and build websites and gives […] 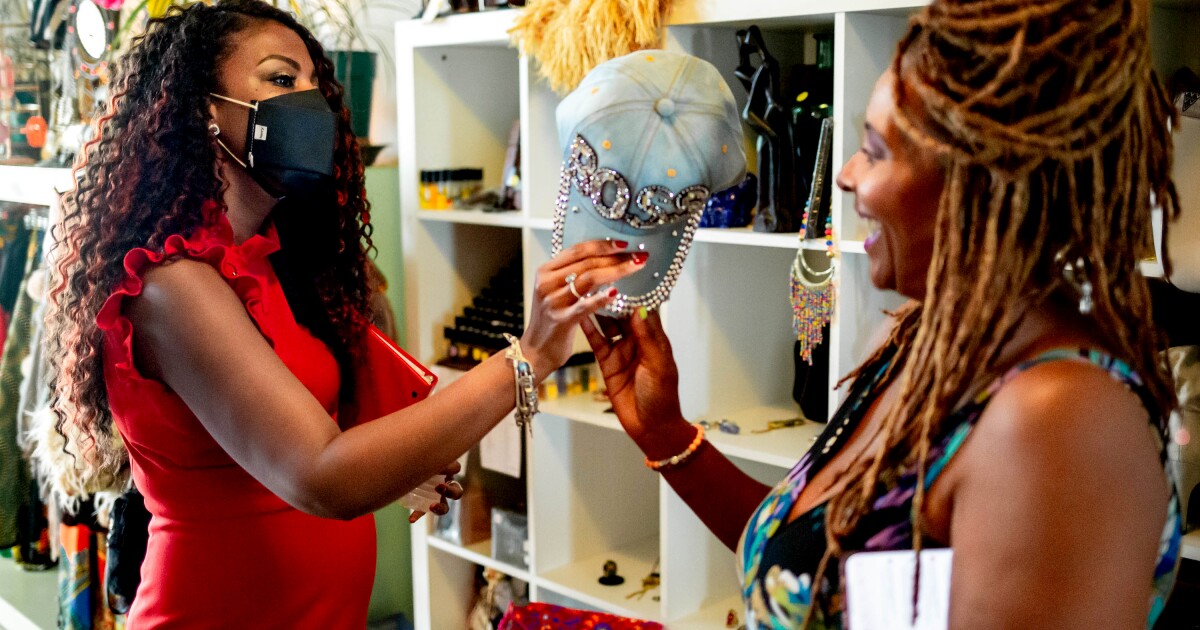