Thanksgiving air travel did not reach the record highs of 2019, but it was close. About 2.3 million people passed through Transportation Safety Administration checkpoints on Wednesday, more travelers than on any other day during the pandemic.

This figure was more than twice as many travelers as the Wednesday before Thanksgiving last year. This year’s total was about 88 percent of the travelers that flew on that same Wednesday in 2019.

Social media was abuzz with nearly equal complaints about the longest airport lines people had experienced in years and surprise that lines were so short, reinforcing the idea pandemic unpredictability persists.

Among those travelers sharing a sense of excitement about being able to visit family this Thanksgiving, was Katie Thurston of San Diego, known to some as the Bachelorette from Season 17 of that reality show.

“To go back to something that feels normal makes me feel so emotional,” she said in a telephone interview, after tweeting about her tearful reaction to landing in Seattle to visit her mother and sister and meet her baby niece for the first time.

Hundreds of airport food service workers picketed on Wednesday at San Francisco International Airport over a dispute involving health care. But contrary to some passengers’ fears — and warnings from the Southwest Airlines pilots union in August — there were no walkouts by flight attendants or pilots on Wednesday.

Amid concerns that passengers would get aggressive with flight attendants and pick fights about masks — issues throughout the pandemic — Attorney General Merrick B. Garland urged federal prosecutors to prioritize the prosecution of passengers that commit assault or other crimes on board.

Typically, the busiest days for air travel during the Thanksgiving period are the Tuesday and Wednesday before the holiday, and the Sunday after it, according to a T.S.A. spokesman.

United said that the airline expected the Sunday after Thanksgiving to be its busiest day since the pandemic began. Still, the day seemed unlikely to surpass prepandemic travel figures overall given how extraordinary that weekend was two years ago. More people flew on the Sunday after Thanksgiving in 2019 — according to T.S.A. checkpoint data — than ever before in the agency’s 20-year history.

And travelers are unlikely to face weather delays as they try to get home.

“Sunday is pretty quiet across much of the country,” said Lara Pagano, a meteorologist at the National Weather Service.

Still, Becky Esquivel, a T.S.A. officer at the McCarran International Airport in Las Vegas, urged people to arrive at least two hours before boarding their return flights just to be safe.

Sat Nov 27 , 2021
When appointment calendars are booked, phones are ringing off the hook, and staff is short, it can be hard for veterinary practices to invest time and energy into learning about the latest technology offerings or updating programs already in place. But ignoring these options means ignoring opportunities to relieve pressure […] 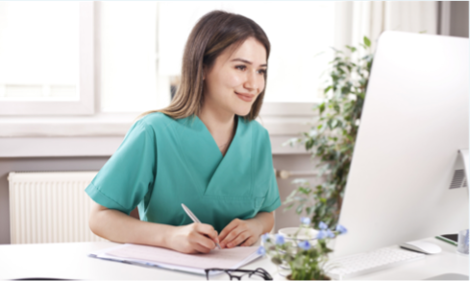