And that was all before the holiday travel season.

Even in normal times, the days around Thanksgiving are a delicate period for the airlines. But this week is the industry’s biggest test since the pandemic began, as millions more Americans — emboldened by vaccinations and reluctant to spend another holiday alone — are expected to take to the skies than during last year’s holidays.

A lot is riding on the carriers’ ability to pull it off smoothly.

“For many people, this will be the first time they’ve gotten together with family, maybe in a year, year and a half, maybe longer, so it’s very significant,” said Kathleen Bangs, a former commercial pilot who is a spokeswoman for FlightAware, an aviation data provider. “If it goes poorly, that’s when people might rethink travel plans for Christmas. And that’s what the airlines don’t want.”

The Transportation Security Administration said it expected to screen about 20 million passengers at airports in the 10 days that began Friday, a figure approaching prepandemic levels. Two million passed through checkpoints on Saturday alone, about twice as many as on the Saturday before last Thanksgiving.

Delta Air Lines and United Airlines both said they expected to fly only about 12 percent fewer passengers than they did in 2019. And United said it expected the Sunday after Thanksgiving to be its busiest day since the pandemic began 20 months ago.

Many Thanksgiving travelers seem to be going about their travel routines as usual, with some now-familiar pandemic twists.

“Airports are busy right now, and everything seems back to normal,” said Naveen Gunendran, 22, a University of Illinois student who was flying on United from Chicago to San Francisco on Saturday to visit relatives. “But we’re all packed together, and we just have to hope everybody is being safe.”

The pent-up travel demand has elevated the cost of tickets. Hopper, an app that predicts flight prices, said that the average domestic flight during Thanksgiving week was on track to be about $293 round-trip this year, $48 more than last year — although $42 cheaper than in 2019.

While the industry is projecting optimism about easy traveling, the influx of passengers has injected an element of uncertainty into a fragile system still reeling from the pandemic’s devastation. Some airlines have experienced recent troubles that rippled for days — stymying travel plans for thousands of passengers — as the carriers struggled to get pilots and flight attendants in place for delayed and rescheduled flights, a task complicated by thin staffing.

“We’ve said numerous times: The pandemic is unprecedented and extremely complex — it was messy going into it, and it’s messy as we fight to emerge from it,” the president and chief operating officer of Southwest Airlines, Mike Van de Ven, said in a lengthy note to customers last month.

His apology came after Southwest canceled nearly 2,500 flights over a four-day stretch — nearly 18 percent of its scheduled flights, according to FlightAware — as a brief bout of bad weather and an equally short-lived air traffic control staffing shortage snowballed.

American and Southwest have said they are working to address the problems, offering bonuses to encourage employees to work throughout the holiday period, stepping up hiring and pruning ambitious flight plans.

Sara Nelson, president of the Association of Flight Attendants, a union representing roughly 50,000 flight attendants at 17 airlines, gave the carriers good marks for their preparations.

“First and foremost, we are getting demand back after the biggest crisis aviation has ever faced,” she said.

“I think there has been a lot of good planning,” she added. “And barring a major weather event, I think that the airlines are going to be able to handle the demand.”

According to FlightAware, just 0.4 percent of flights were canceled on Sunday, which the T.S.A. said was nearly as busy as the Sunday before Thanksgiving in 2019.

Major airlines have just started to report profits again, and only after factoring in billions of dollars of federal aid. While the aid allowed carriers to avoid sweeping layoffs during the pandemic, tens of thousands of employees took generous buyouts or early-retirement packages or volunteered to take extended leaves of absence.

That has made ramping back up more difficult, and the pandemic has created new challenges. Flight crews have had to contend with overwork and disruptive and belligerent passengers, leaving them drained and afraid for their safety.

Helene Albert, 54, a longtime flight attendant for American Airlines, said she took an 18-month leave by choice that was offered because of the pandemic. When she returned to work on Nov. 1 on domestic routes, she said, she saw a difference in passengers from when she began her leave.

“People are hostile,” she said. “They don’t know how to wear masks and they act shocked when I tell them we don’t have alcohol on our flights anymore.”

The number of such unruly passengers has fallen since the Federal Aviation Administration cracked down on the behavior earlier this year. But the agency has so far begun investigations into 991 episodes involving passenger misbehavior in 2021, more than in the last seven years combined. In some cases, the disruptions have forced flights to be delayed or even diverted — an additional strain on air traffic.

Layered on top of the industry’s struggles during the holiday season is the perennial threat of inclement weather. Forecasters have cautioned in recent days that gathering storm systems were threatening to deliver gusty winds and rain that could interfere with flights, but for the most part, the weather is not expected to cause major disruptions.

“Overall, the news is pretty good in terms of the weather in general across the country cooperating with travel,” said Jon Porter, the chief meteorologist for AccuWeather. “We’re not dealing with any big storms across the country, and in many places the weather will be quite favorable for travel.”

Even so, AAA, the travel services organization, recommended that airline passengers arrive two hours ahead of departure for domestic flights and three hours ahead for international destinations during the Thanksgiving travel wave.

Some lawmakers warned that a Monday vaccination deadline for all federal employees could disrupt T.S.A. staffing at airports, resulting in long lines at security checkpoints, but the agency said those concerns were unfounded.

“The compliance rate is very high, and we do not anticipate any disruptions because of the vaccination requirements,” R. Carter Langston, a T.S.A. spokesman, said in a statement on Friday.

With many people able to do their jobs or classes remotely, some travelers left town early, front-running what are typically the busiest travel days before the holiday.

Among those taking advantage of the flexibility was Emilia Lam, 18, a student at New York University who traveled home to Houston on Saturday. She is doing her classes this week remotely, she said, and planned her early getaway to get ahead of the crush. “The flights are going to be way more crowded,” she said, as Thursday approaches.

The United States needs a department of technology and science policy

Thu Dec 2 , 2021
The White House in Washington DC. It includes the Office of Science and Technology Policy, which helps to coordinate federal science policy.Credit: Getty Unlike most other advanced economies, the United States has typically relied on a diversity of decentralized federal science agencies to design and conduct the government’s research programmes. […] 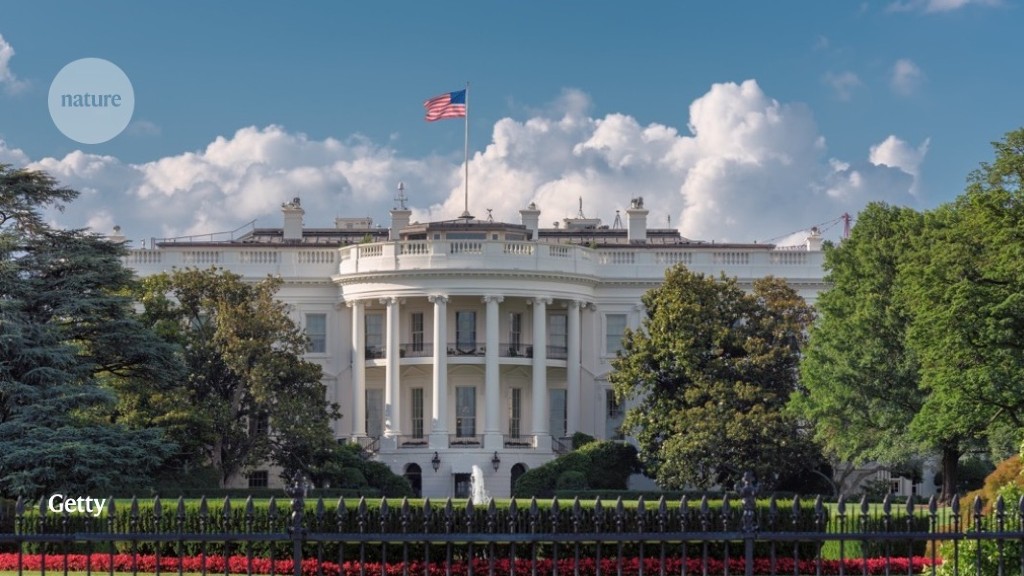