Then-President Donald Trump announced in January that he would skip Joe Biden’s inauguration ceremony after learning of plans to disinvite him, a new book says, according to excerpts published by ABC News and Politico on Monday.

Trump announced on Twitter on January 8 that he would not attend the ceremony. “To all of those who have asked, I will not be going to the Inauguration on January 20,” he said.

The tweet turned out to be his last before Twitter barred him, citing “the risk of further incitement of violence” after the Capitol riot on January 6.

But according to Karl’s book, Trump had caught wind of a plan by then-Senate Majority Leader Mitch McConnell, a Republican, to bar him from the inauguration, fearing a repeat of the violence of January 6.

“McConnell felt he could not give Trump another opportunity to disrupt the peaceful transfer of power,” Karl wrote, ABC News reported. “McConnell wanted to get a letter together from the top four congressional leaders informing Trump that he had been disinvited.”

But House Minority Leader Kevin McCarthy, also a Republican, tipped Trump off about the plan, and Trump made the announcement he wouldn’t attend, Karl’s book said.

“Trump apparently wanted people to think it was his decision alone to become the first outgoing president after an election to fail to attend an inauguration since Andrew Johnson skipped the inauguration of Ulysses S. Grant in 1869,” Karl wrote, according to ABC.

Liz Harrington, a spokeswoman for Trump, tweeted a statement on Monday in which Trump repeated his false election-fraud claims, said the decision not to attend Biden’s inauguration was “mine, and mine alone,” and insulted McConnell and Karl.

Instead of attending Biden’s inauguration, Trump left the White House on the morning of January 20 on Marine One to fly to his Mar-a-Lago resort in Florida.

Sat Nov 20 , 2021
With the holiday travel season nearing, Canadian officials announced several measures on Friday meant to standardize international travel and make it easier for Canadians taking short trips to re-enter the country. Travelers who are fully vaccinated with the shots from Sinopharm, Sinovac and Covaxin will be allowed to enter Canada […] 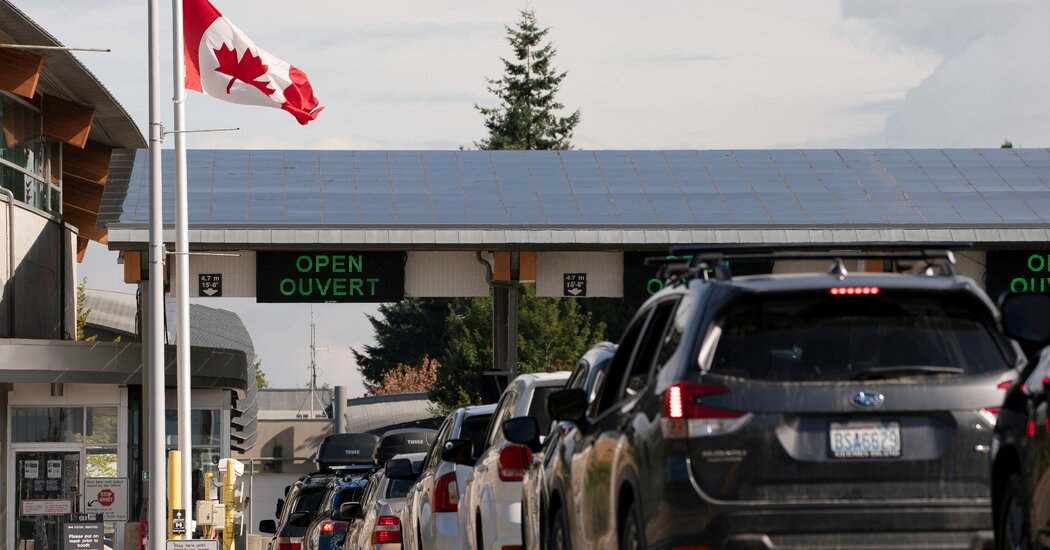