At a Texas rally January 29, former President Donald Trump called on his supporters to stage mass protests against law-enforcement officials in New York, Atlanta, and Washington, DC, who are examining whether he broke the law.

“If these radical, vicious, racist prosecutors do anything wrong or illegal, I hope we are going to have in this country the biggest protest we have ever had,” he told a cheering crowd.

With the January 6, 2021, attack on the US Capitol firmly in mind, officials in those cities are taking Trump at his word — and preparing for the worst.

In Atlanta, for instance, Fulton County District Attorney Fani Willis recently requested that the FBI assess the security of Fulton County Courthouse and other government buildings.

“I am asking that you immediately conduct a risk assessment of the Fulton County Courthouse and Government Center, and that you provide protective resources to include intelligence and federal agents,” Willis said in a letter to the Atlanta FBI chief, J.C. Hacker.

One big reason for concern around Trump is simply his presence in a courthouse. A case (or cases) of this magnitude would most likely draw big crowds.

That would mean extra work for local law enforcement and the Secret Service, which provides protection to former presidents.

“Because of the attention he will draw and because of the interest that people have in him, both pro and con, the Secret Service is going to work hand in glove with the local law enforcement and other federal agencies to protect him,” Bill Pickle, a former deputy assistant director in the Secret Service, previously told Insider.

A criminal indictment against Trump — who faces that potential in those three cities — would be unprecedented in American history. No former president has been charged with a crime, much less convicted of one or sent to prison.

Here’s what officials in the cities where Trump’s legal peril is greatest are doing to investigate the former president — and defend against any security threats from Trump supporters:

The Georgia case has reached a turning point

She recently empaneled a special grand jury for this spring to assist with her investigation into Trump. The special grand jury has subpoena power that can give Willis the ability to obtain documents and compel witnesses to testify, and it will probably convene at the nine-story Fulton County Courthouse.

The grand jury is a turning point for Willis’ investigation. Media outlets previously reported that her office had grown frustrated with the staff members of the Georgia secretary of state’s office and their lack of voluntary cooperation.

Peter Odom, a former prosecutor who tried his first homicide case alongside her in 2007, applauded Willis asking for help from the FBI in light of Trump’s recent remarks.

“It’s a security risk for everybody that works in the courthouse where these grand-jury proceedings will be taking place,” he said. “But that doesn’t mean that they shouldn’t take place. We don’t let the people that would threaten our security decide what issues go to a grand jury.”

In Atlanta, deputies and officers under the sheriff’s department are the primary law-enforcement personnel guarding courthouses.

The courthouse in Fulton County revamped its security protocols and put more safety measures in place after a 2005 shooting at the building left three people dead, including a county judge.

Terry Norris, the executive director of the Georgia Sheriffs’ Association, said the courthouse’s “security measures have been highly bolstered since then.”

Asked whether he believed the Fulton County courthouse was properly staffed to handle any protests and to safely protect people inside the courthouse, Norris replied, “yes.”

“We had a whole summer of the most violent protests in the history of our nation,” Norris said. “We did pretty good in Georgia, but when you look at northwestern states, they didn’t.”

The office of Fulton County Sheriff Patrick Labat didn’t respond to requests to comment on the matter.

Fulton County Commissioner Khadijah Abdur-Rahman, who sits on a board that is responsible for allocating money to the sheriff’s office, said in a statement to Insider that she’s ready to provide more funding to that sheriff’s department if Trump continued to call for more protests against the Atlanta investigation.

“We can never be vigilant enough when it comes to the safety of the public and the public servants who are working on our behalf,” Abdur-Rahman said in a statement. “My office will continue to maintain an open-line of communication with the district attorney and Sheriff Patrick ‘Pat’ Labat, and the Fulton County police chief, to stay informed as to their recommendations on increasing security in the county buildings, including the courthouse.”

Trump also faces legal risks in New York, where prosecutors in the Manhattan district attorney’s and New York attorney general’s offices are examining whether his company broke tax, bank, and insurance laws by manipulating property values; they charged his company and chief financial officer in July, with more expected.

New York City, the site of some of Trump’s most pressing legal threats, is used to handling major court cases.

In November and December, the international press descended on lower Manhattan for Ghislaine Maxwell‘s child-sex-trafficking trial. Trump’s former friend and fixer Michael Cohen had his criminal proceedings there, and his former foil Michael Avenatti has his own proceedings there this week.

The highest-profile recent case, and best comparison to a hypothetical Trump trial, would be the trial in February 2020 of the former film mogul and Democratic megadonor Harvey Weinstein.

It took place in the same New York state courthouse where the hearings for the indictment against the Trump Organization have been taking place. And it also drew protesters, who opposed Weinstein’s not-guilty plea. They created so much noise outside the building that the judge dismissed potential jurors out of concern they could no longer give Weinstein a fair trial.

A Trump trial would be a “logistical nightmare,” said Daniel R. Alonso, a prominent New York defense lawyer who is a partner at Buckley LLP.

“A trial against Trump, or even one of his companies or executives, particularly a member of his family, would be unprecedented in a courthouse that has seen many, many high-profile cases over the decades,” Alonso, a former deputy for Cyrus Vance Jr., the Manhattan district attorney who initiated the case against the Trump Organization, told Insider last year. “That’s a function both of his having been president of the United States and because he is an unusually combative litigant.”

Lucian Chalfen, the director of public information for the New York state court system, told Insider courts had 4,000 officers standing by with similar training as the New York city and state police departments.

“We are one of the few court systems nationally who have a law-enforcement arm under our roof,” Chalfen told Insider. “The 4,000 court officers make it one of the largest municipal public safety departments in the country.”

In addition to the district attorney’s criminal investigation, Trump also faces a parallel civil case into his company’s finances from the office of the New York state attorney general, Letitia James. (He’s suing her in an attempt to avoid taking a deposition in the case.)

There are also other civil cases in New York over his security guards roughing up protesters, sexual-misconduct allegations, and whether he knowingly endorsed a multilevel-marketing scheme.

Meanwhile in Washington, DC, Trump faces the possibility of criminal charges for trying to stymie Robert Mueller’s investigators and over his role inciting the deadly rioting at the Capitol on January 6, 2021.

Ever since the Trump supporters’ riot, Washington security officials have tensed up at the prospect of political violence. And while officials in the Capitol itself have added new security measures, it’s unclear what every government facility in the city has done.

Lisa Klem, a spokeswoman for the US District Court of the District of Columbia, declined to provide Insider with more details on the security measures the courthouse was putting in place, saying the courthouse “does not discuss its security precautions.”

Yes, Trump himself would be expected in court

For a civil lawsuit, it’s unlikely Trump would personally appear in court. The coronavirus pandemic, in particular, has caused judges to accommodate remote appearances and recorded depositions.

But if Trump is criminally indicted — in Atlanta on local charges, in New York on state charges, or in Washington on federal charges — he would almost certainly have to appear in court.

There’s precedent for that. Spiro Agnew, who was under a federal bribery investigation while serving as vice president under President Richard Nixon, appeared for an October 1973 hearing to plead no contest on a felony charge of income-tax evasion. He resigned the vice presidency on the same day.

While Trump relishes flouting norms and calling investigations against him part of a “witch hunt,” legal experts said he couldn’t simply cross his arms and refuse to budge from his private clubs in South Florida and New Jersey, which now serve as his post-White House seasonal homes.

“He would have to submit to the jurisdiction of the court,” Alonso said. “He has no choice there.”

If Trump is charged, and his case goes to trial, he will almost certainly be present in the courtroom the entire time. Defendants technically have a right to waive their presence at trial. But it’s rare for anyone to take that step.

“That’s virtually never done unless the defendant does it by absconding,” Alonso said.

Making matters more challenging for government officials and law-enforcement jurisdictions? Trump legal proceedings could conceivably take place in several locations over weeks or months. There’d be arraignments and preliminary hearings before any trial.

One additional layer of security would also be present at any such proceeding. Trump, because he’s a former president, would have Secret Service protection — something experts conclude he’d most likely retain even if he one day found himself behind bars.

Thu Feb 10 , 2022
Share with friends! Click here to design your message The global community is currently navigating the realities of living with advanced technology. Innovators have a unique opportunity to use their creations for positive change. As technology advances in leaps and bounds, so does its ability to solve problems in new […] 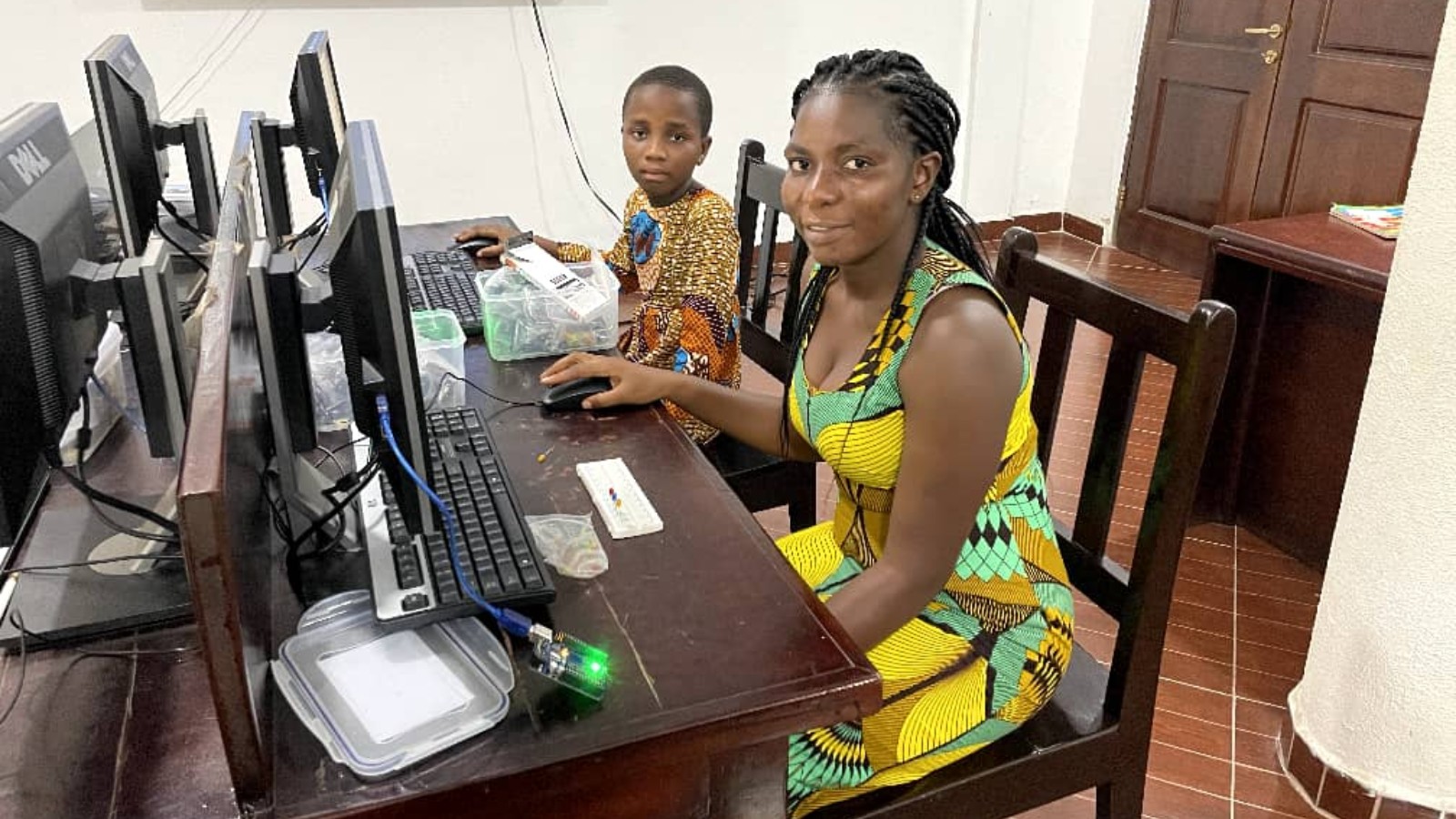