Despite a lingering pandemic, many borders have reopened. More will likely follow this year, so the time to plan travel is now.

Ranging from urban centers brimming with culture to untouched wilderness removed from crowds, here’s a glimpse at destinations to explore this year.

Before booking, check for the latest travel requirements and restrictions.

Identified as the first Covid hotspot in Europe,
Lombardy
was the hardest hit area of the boot. In normal times, with fewer tourists than Rome and Tuscany, this well-heeled territory offers picturesque and oft-overlooked cities like Bergamo and
Brescia,
with fashionable
Milan
lying at its heart. Standout attractions include Duomo di Milano, a Gothic cathedral dating to 1386; Navigli, the canal district recognized for its Bohemian vibe; and
Castello
Sforzesco adjoining Parco Sempione.

In southern Lombardy, medieval villages such as
Pavia
and
Mantua
pepper the countryside, painting a picture of provincial life. In the north, the postcard-perfect Italian Lakes District glistens in the foothills of the Alps, highlighting lovely resort towns like
Como,
Bellagio, and Stresa.

But all beauty aside, the food throughout Lombardy is a significant draw; this region consistently garners the most Michelin stars in Italy.

Stockholm is the country’s pristine, cultured capital, showcasing one of Europe’s most picturesque Old Towns,
Gamla Stan.
Meanwhile, Södermalm, or “Söder” to locals, captures the essence of Stockholm’s creativity and spirit. In late 2021, the city debuted the interactive Avicii Museum and SPACE Hub—honoring musician and DJ
Tim Bergling’s
life and talents—in a seven-floor center dedicated to digital culture.

But Alex
Minnis,
COO of Off the Map Travel, a U.K.-based luxury tourism agency, recommends Gothenburg, a maritime town along Sweden’s west coast. “Gothenburg is also a beautiful city to visit, known for its award-winning sustainability,” Minnis says. He suggests the Haga district for shopping, breweries, restaurants, and “the biggest cinnamon buns you could ever encounter.”

A world away from cities, Lapland is an arctic wonderland encouraging travelers to step off the grid. ”Swedish Lapland is one of the least populated areas of Europe, with vast tracts of wilderness, untouched forests, and lots of moose, bears, and wolves roaming the woods,” says
Stefan Hellmuth,
Global Product Manager at Intrepid Travel, a small adventure tour company based in Melbourne. If one is lucky and times their trip right, they’ll experience the Northern Lights, most often visible in winter.

Mid-century modern design and Old Hollywood glam are trademarks of Palm Springs, Coachella Valley’s cosmopolitan oasis. But if there’s a reason to take in the valley’s nine distinct cities, it’s the commitment to wellness. Set in the Colorado Desert between the San Jacinto and Santa Rosa Mountains, the spread-out region promises countless places to recharge, including several new additions.

Desert Hot Springs houses some of the world’s purest hot and cold springs due to an underground aquifer. Many of the town’s properties, such as the recently premiered Azure Palm Hot Springs Resort & Day Spa Oasis, feature healing, natural mineral pools.

And for adventure-seekers, a new 1.5-mile trailhead connecting the Coachella Valley to the Long Canyon Trail Route in Joshua Tree National Park launched in December 2021. An 800-acre ethereal plot where the Colorado and Mojave deserts converge, Joshua Tree is an idyllic place to camp, witness wildlife, or unplug.

Nestled in the Andes Mountains, this tiny nation is globally acknowledged for sustainable tourism and biodiversity, particularly in the Galapagos Islands. Still, visitors should set time aside to explore the country’s other treasures.

“While the Galapagos Islands has been a perennial draw with its unique wildlife and experiences like snorkeling with playful sea lions and walking with giant tortoises, Ecuador also has much to offer on the mainland,” says Brian
Tan,
CEO of Zicasso, a luxury travel company in Mountain View, Calif.

The Mashpi Rainforest Reserve and Lodge is where “one can hike in a pristine rainforest with a guide, swim in waterfall pools without anyone else around, and then return to a five-star luxury ecolodge,” Tan explains.

Nature is close to the colonial cities of Quito and Cuenca, each worth a few days for the historical architecture alone. However, both towns promise a stockpile of culture and delicious food.

“Foodies are pleasantly surprised at the diverse and complex cuisine, from traditional dishes to Michelin-quality meals that blend unique local ingredients with modern techniques,” Tan says. “Art lovers will find plenty to discover, from indigenous art to modern art by one of South America’s most highly regarded artists, Guayasamín.”

For travelers craving unspoiled beaches and a tropical climate sans crowds, the Maldives ranks high on the list. With no restrictions or required quarantines and a far-flung locale, the destination is all the more tempting.

“It’s the perfect oasis for travelers to escape to in 2022 due to the island nation’s remote location and the fact that its tourist activities are almost exclusively outdoor-based,” says
Andrew Williams,
a
Houston
-based travel advisor with Ovation Travel Group.

Williams reports that some travelers are lured by the array of water sports, while others find appeal in first-class spa treatments and cruising by yacht around the surrounding islands and atolls.

Resorts including Waldorf Astoria, Four Seasons, The
St. Regis,
and other big names are represented, Williams says. And this year, Alila Kothaifaru Maldives will debut. With 80 all-pool villas overlooking the water, the property can be reached in under an hour by seaplane from the capital, Malé.

Saudi Arabia began issuing visas for the first time in 2019, and AlUla opened to international tourism in fall 2020, priming itself to become a world-class destination.

“AlUla is the cultural gem of Saudi Arabia and one of the last unexplored destinations in the world,” says Amr AlMadani, CEO at The Royal Commission for AlUla.

At approximately 8,700 square miles, this “open-air museum the size of a small country” is set in the
Medina
region. Its labyrinthine Old Town, ancient cities of Dadan and Hegra—a UNESCO World Heritage Site—and a trove of tombs and monoliths promise tourists a glimpse at AlUla’s 200,000 years of history.

The eco-friendly, wellness-centric Habitas brand recently unveiled an outpost, and a property from Banyan Tree is forthcoming later in 2022. Maraya, the largest mirror-clad structure in the world, is a multifunctional venue hosting concerts and events. The masterpiece rises from the sand, reflecting the desert’s otherworldly landscape as Michelin-starred Chef
Jason Atherton’s
rooftop creation Maraya Social reveals panoramic views of Ashar Valley.

Cable TV Is the New Landline

Wed Jan 12 , 2022
This article is part of the On Tech newsletter. Here is a collection of past columns. People have been predicting the death of cable TV for a long time, but this really might be it. As recently as a decade ago, nearly all Americans — more than 85 percent of […] 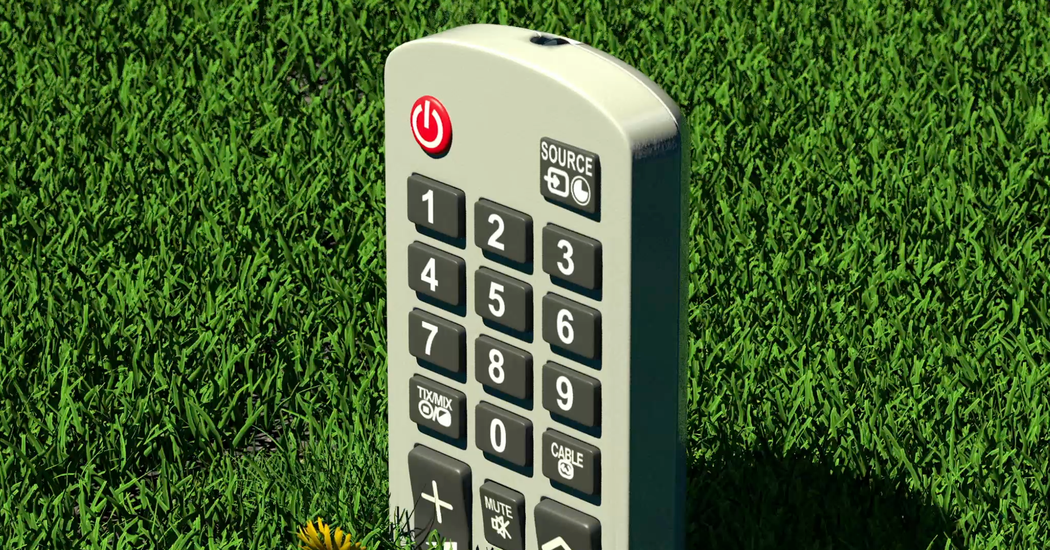